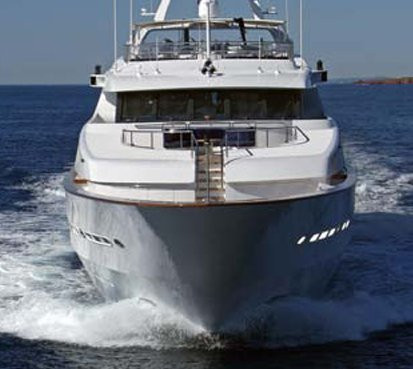 In a recent report, Edmiston has announced a strong first quarter following recent sales, a surge in charter bookings for this summer and a string of successful boat shows.

“Already this year Edmiston has seen strong growth in its charter business of 15% compared to 2013, largely due to the continued strength of chartering in Europe and an increasingly buoyant market in the Americas, notably Mexico. Edmiston has several yachts to charter in the area such as Azteca II and Mamma Mia.

At the start of the year, Edmiston represented the buyer during the sale of the spectacular 50m motor yacht Satori. Delivered in 2011 by the highly acclaimed Heesen shipyard, Satori features sporty lines from the design board of Frank Laupman at Omega Architects and a Remi Tessier interior.

Mid-March saw the sale of the 30.5m Lady Luck built in 2001. A Sanlorenzo motor yacht, Lady Luck commands sleek exterior styling and an interior that has benefitted from a number of refits. Providing bright and spacious accommodation for up to 10 guests in five staterooms, Cape 4 Yachting represented the buyer.

The year has continued with the successful sale of Keewaydin, a 33m sailing yacht originally built by US superyacht yard Palmer Johnson. Keewaydin underwent a comprehensive refit in 2010, which updated virtually every system aboard, including cosmetics, with new Awlgrip on all surfaces, all new teak decks and an exhaustive list of upgrades that cost in excess of $2 million.

Edmiston has also sold Nara, a 60.55 metre Feadship Royal Van Lent. She was built in 1979 as Diana II and later renamed Dianamara, before being purchased by her current owners and renamed Nara. When Nara was launched in 1979 she was the 2nd largest Feadship ever built. Over 30 years later, she still remains an impressively large yacht with plenty of space and timeless design by De Voogt.

Edmiston has, more recently, also sold the 50m Benetti QM of London, which received an extensive €4m refit this year. With accommodation for 14 guests in a full beam Owners stateroom and 6 further guest cabins, QM of London has a proven track record as a highly successful charter yacht and is available through Edmiston.

Nicholas Edmiston, commented: “It has been a strong start to the year and we are seeing signals across the market that the charter business will continue to increase this year. Customers want a wide choice of yachts to choose from, and Edmiston provides some of the finest available on the market today.

“With a number of yacht sales, we are also seeing positive signs within the brokerage market. Edmiston brokers have represented both the buyer and seller in many of these transactions showing our strength in finding buyers and representing and selling yachts of current Owners.”

Edmiston turned heads at this year’s Dubai International Boat Show with Nirvana. The award-winning 2012-built Nirvana is one of the most impressive superyachts on the market today and was the largest yacht to ever be displayed at the Dubai International Boat Show. Built as part of the latest series from Oceanco, her exceptional Sam Sorgiovanni design and vast selection of amenities ensures she is one of a handful of elite world cruising yachts.

March saw a successful show at Palm Beach as Edmiston had both Snowbird and Hakuna Matata available for viewings whilst Sofia III was based in Genoa for the MYBA for an onboard wine tasting.