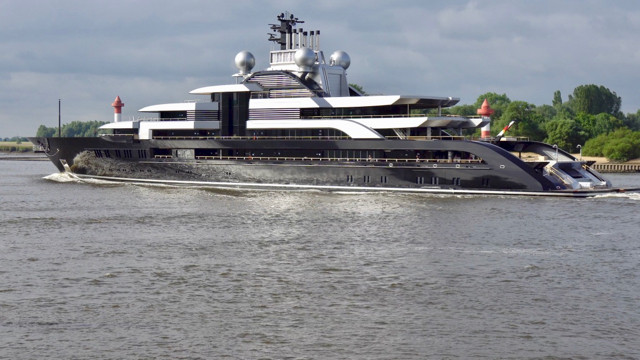 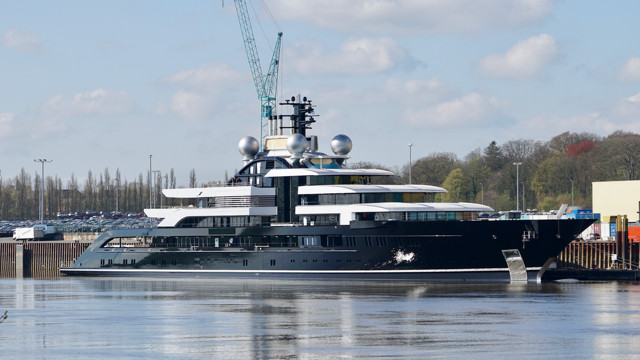 As if Project Thunder hadn't captivated the industry enough by being one of the largest superyacht builds of the year, this Lurssen 135-metre vessel took the world by storm once again, spotted on the glittering waters of Germany this week. We take a closer look at this monumental Top 100 contender in action as we await further developments in awe.

Lurssen's 135-metre spectacle, so expansive and colossal in size, has established itself as one largest and most eagerly anticipated Lurssen projects to be launched in 2017. If that wasn't record breaking enough, it slips into our Top 100 as a viable contender at rank no.15, offering all the visual allure and magnificence one could expect from a long awaited Lurssen project.

Sparing everything to the imagination, its interior remains as covert as one could imagine for such a high-profile project. Yet, with our eyes firmly peeled on its exterior, Project Thunder's impenetrable size and dazzling appearace enticed the public to a privileged view of her in motion as she embarked on her first set of sea trials.

A vision of gleaming black against a crisp white contrast, it cruised German waters gently, almost effortlessly for a yacht of that size. Evidencing its Lurssen stature with integrity, its tremendous silhouette appears traditional and classic, yet contemporary and sleek; a balance rarely mastered in exterior design. Rumoured, and confirmed to be an Espen Øino design, we can only expect a jaw-dropping collaboration as enthralling as the 104-metre Amadea (ex Project Mistral), another Lurssen-Espen Oino partnership with trusted credibility.

The video showscases the striking silhouette of Project Thunder, a five-deck structure offering panoramic views and miles of sea stretched ahead. This full displacement yacht is understood to be built with a steel hull and aluminium superstructure, with incredibly sharp lines and an acute attention to detail.

With the interior designer yet to be announced, we can only guess it will be matched with the elegance and stylings of unsurpassed quality, something we look forward to viewing as we approach its 2018 delivery date.