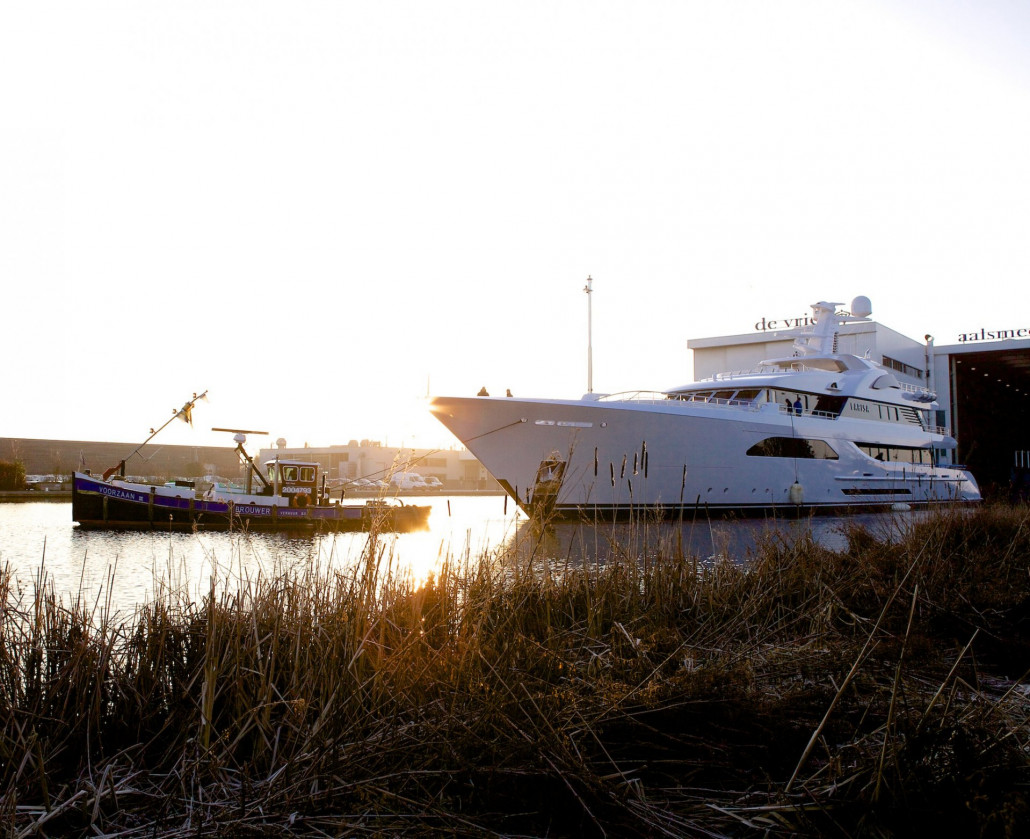 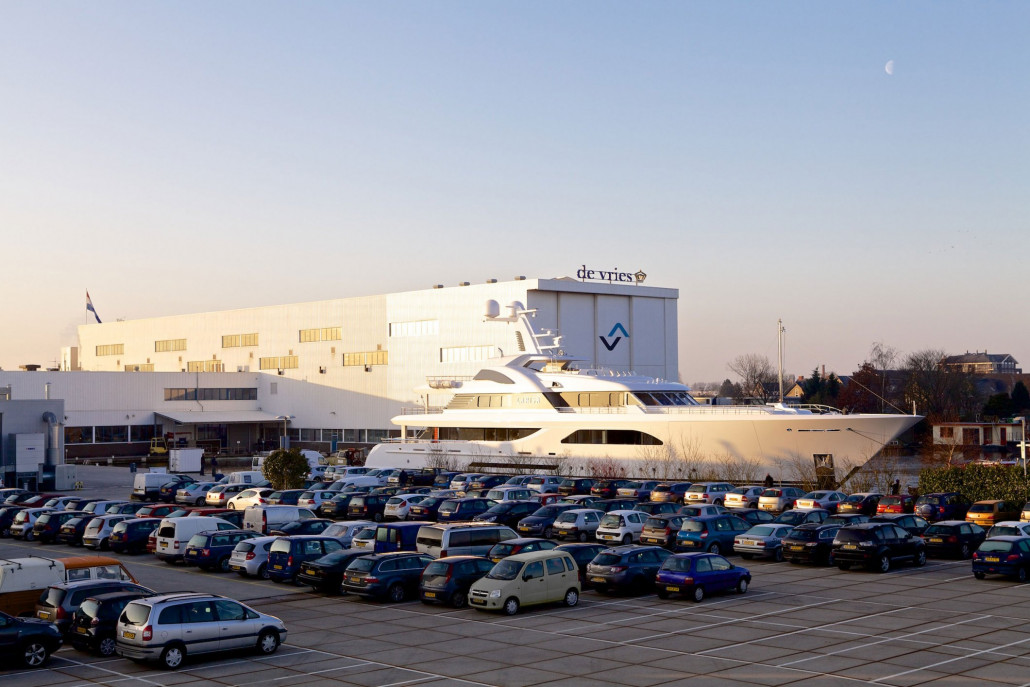 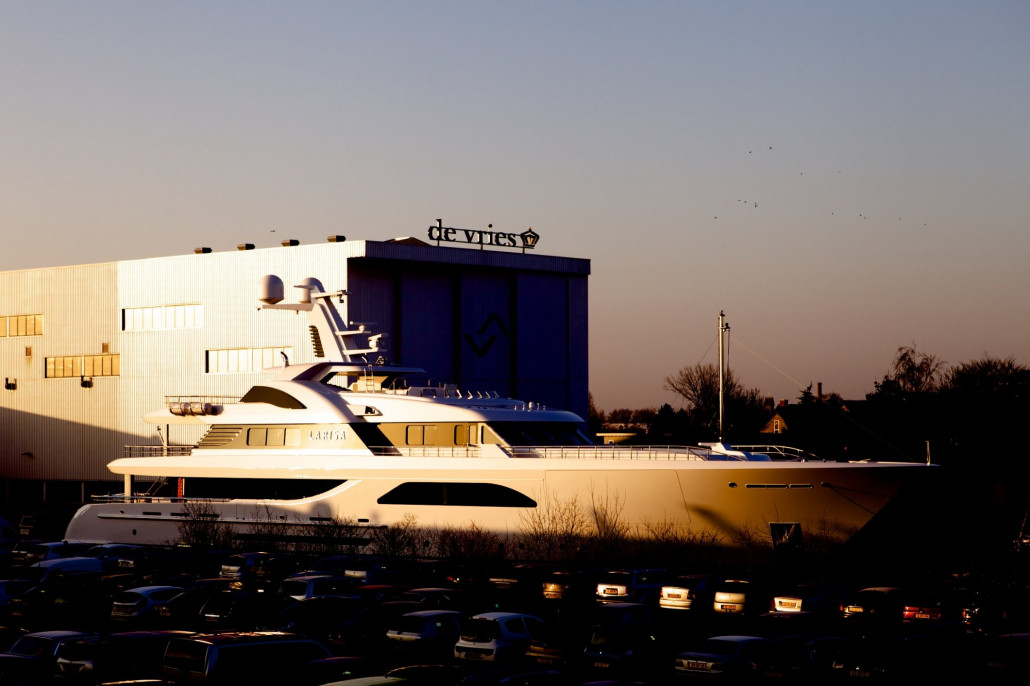 Feadship has today announced the successful launch of the 57.60m custom superyacht Larisa. Featuring a contemporary classic exterior profile and strong curvaceous signature lines, Larisa was built for an experienced owner looking to upgrade to one of the world’s leading superyacht brands.

The distinctive signature lines of the design are supported by a straight knuckle that runs all the way round the yacht from the bow to the stern. Other noteworthy features include the grey functional design element on the sun deck, and the liberal deployment of stainless steel railings. The latter come into their own on the forward part of the yacht in particular, descending into the top plate in a way that echoes the classic Feadships of old.

Her interior also succeeds in setting new standards while leveraging on the experiences of the past. Bannenberg & Rowell embarked on a three-year design voyage that took in influences from Greece, Italy, the Riviera and the Byzantine Empire, and the seamlessly blended them all withing Larisa’s interior.

As always, the interior layout is purely customised to the way the owner’s enjoy their time onboard. For example, there is a fabulous circular dining area on the bridge deck aft. Round doors to the aft deck slide all the way open, giving guests the choice to enjoy al fresco dining. The use of glass in the side of the stairways to port and starboard adds to the very open feel, which is further accentuated by the exceptionally low bulwarks. Another of the highlights of Larisa is a first for Feadship. The inboard balcony in the owners’ lounge on the main deck is easily accessible without the assistance of crew via pushbutton control doors.

At the launch ceremony, Feadship director Henk de Vries praised the excellent cooperation with the owner's team, Bannenberg & Rowell Design and the captain. “The designers did an incredible job in creating detail and intricacy, creating an interesting and detailed interior.” He also explained that the contract for Larisa had been the first new order signed after the beginning of the financial crisis. “A Feadship is not just a luxury product - it also has to add up financially. The smart and efficient negotiating skills of Will Christie at Y.CO played an important role in bringing this project to fruition at a crucial time for the industry.”

Larisa's captain James Verity told the watching crowds that the entire project had been great fun. “It has long been an ambition of mine to be involved with a build at Feadship. Over the past three years I have seen that the real Feadship magic occurs on the shop floor – the quality of workmanship, the attention to detail and the pride that goes into the work here is unmatched, and this is why Feadship is at the very top of modern yacht building today.”

Before cracking open the champagne, the owner also spoke a few words. “It's now some 400 years since Peter the Great came from Russia to the Netherlands to learn yacht building and we have been trying to perfect the art ever since. But we still can't beat Feadship, which is why I had my boat built here. As someone who has been involved in engineering various construction projects, I understand how difficult it is to create something as magnificent as Larisa on time and within budget. Everyone at Feadship has done a fantastic job.”

"The designers did an incredible job in creating detail and intricacy, creating an interesting and detailed interior."

"The designers did an incredible job in creating detail and intricacy, creating an interesting and detailed interior."