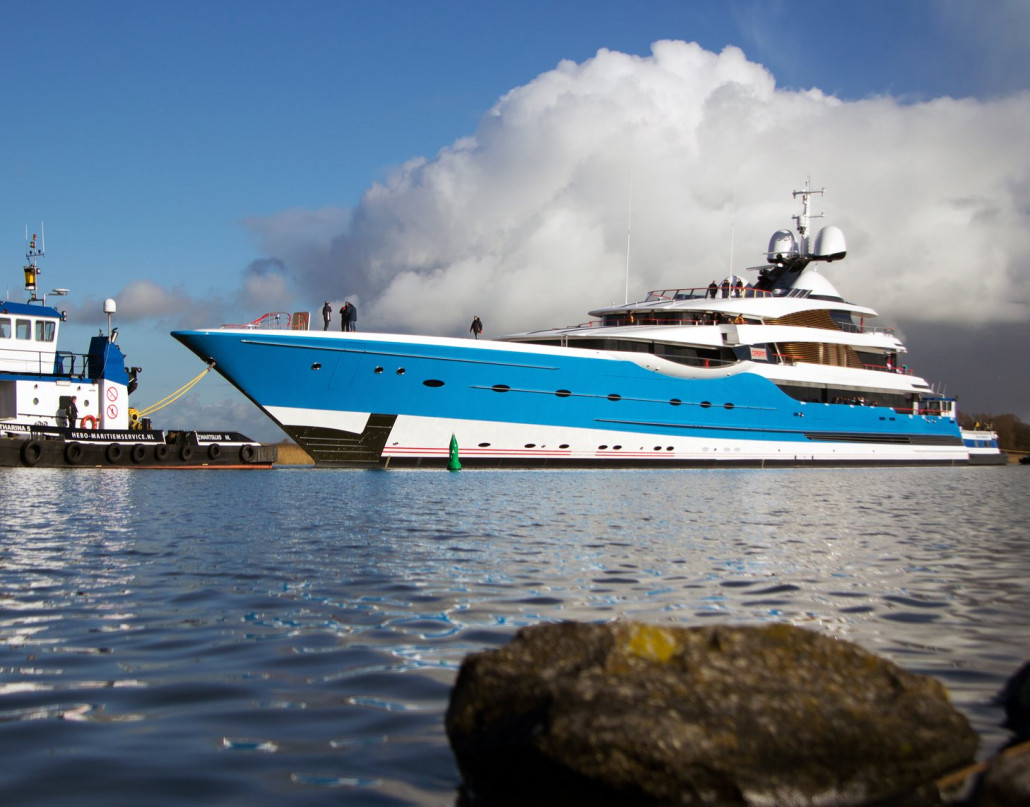 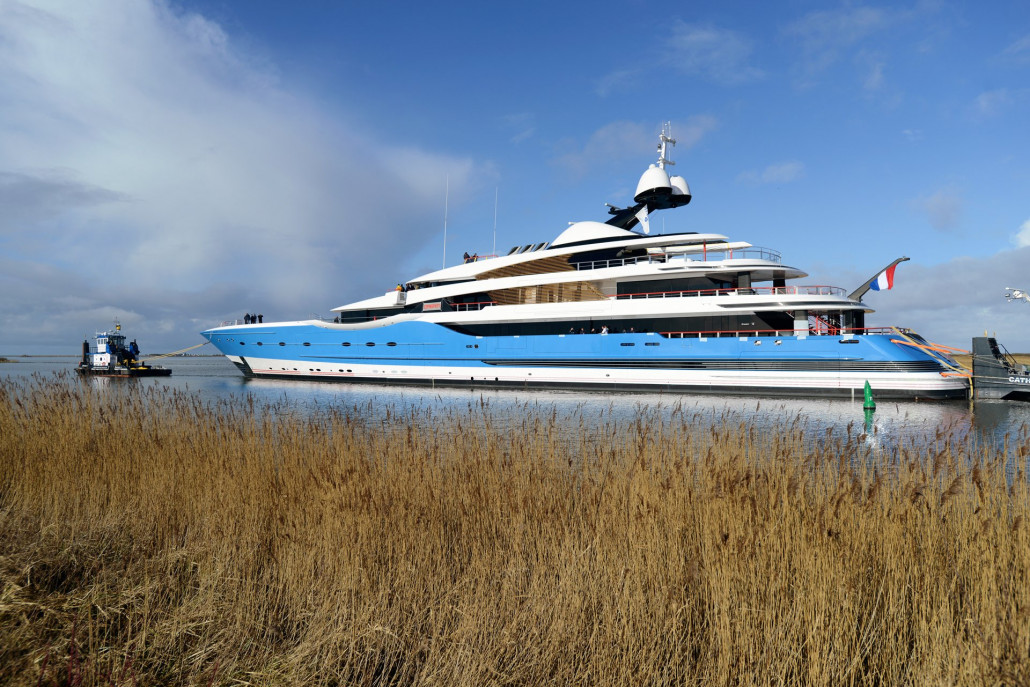 More than four years in the making, project name ‘Dream’ left the massive building hall today. She is an elegant and striking tribute to her visionary owner, the talented design team of Andrew Winch and the hundreds of Feadship staff who built her.

As is the case with any Feadship yacht, or large yacht for that matter, confidentiality is a given; however, it's no secret that Feadship’s advanced hull construction system, fine-tuned over many decades, has enabled its craftsmen to construct a slender lightweight vessel that, despite her 99-metre length, can attain a speed well over 24 knots.

Capitalizing on Feadship's engineering experience on motoryachts Predator and Tango, she is capable of such speeds thanks to her highly efficient hull form and quadruple engines driving controllable pitch propellers swift and efficiently.

The project is also a prime example of Feadship’s unrivalled ability to build superyachts exactly according to client specifications – in this case a striking and sleek concept presented by AWD, resulting in a totally custom creation. Says marketing manager Francis Vermeer: "Because we start every project afresh and are not building from an existing platform, all things are possible for a Feadship owner. It’s all part of the experience that makes creating a Feadship such fun for our clients.”

Experience of a different kind underpinned some of the other special requests for this latest member of the Feadship fleet. Leveraging on the expertise accrued on 81-metre Air, launched in 2011, and the fully enclosed helicopter hangar which was developed for 86-metre Ecstasea from 2004, project name ‘Dream’ is the second Feadship to feature such a certified helicopter storage system.

“Feadship enters 2013 on a crest of a wave as we continue to set new standards in partnership with discerning owners,” concludes Vermeer. “With a solid order book and superyachts under construction ranging from 44 metres to 101.50 metres, there will be many more surprises as the year unfolds.”