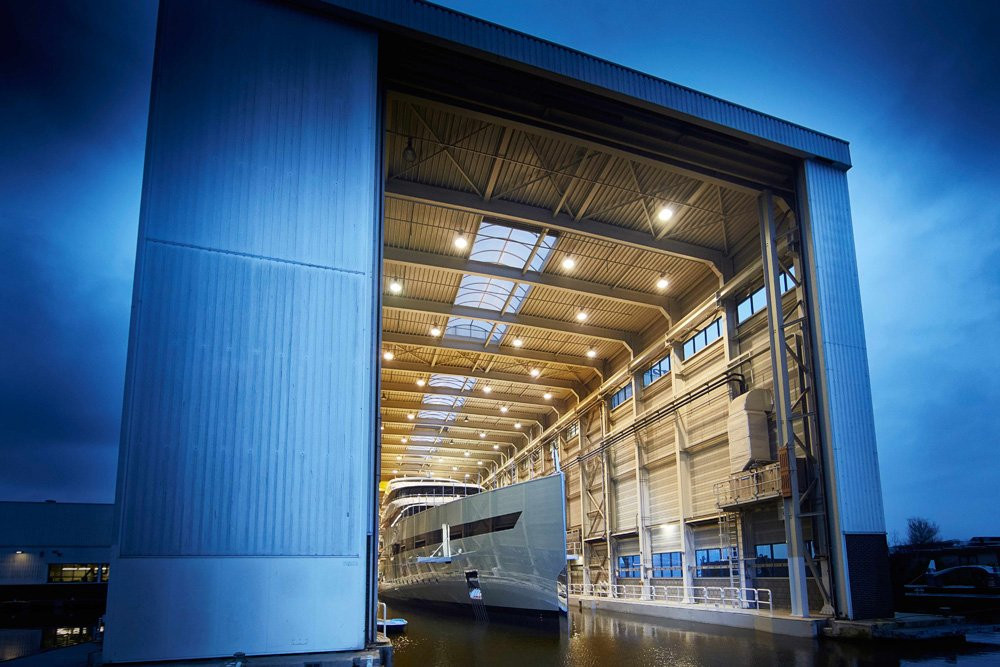 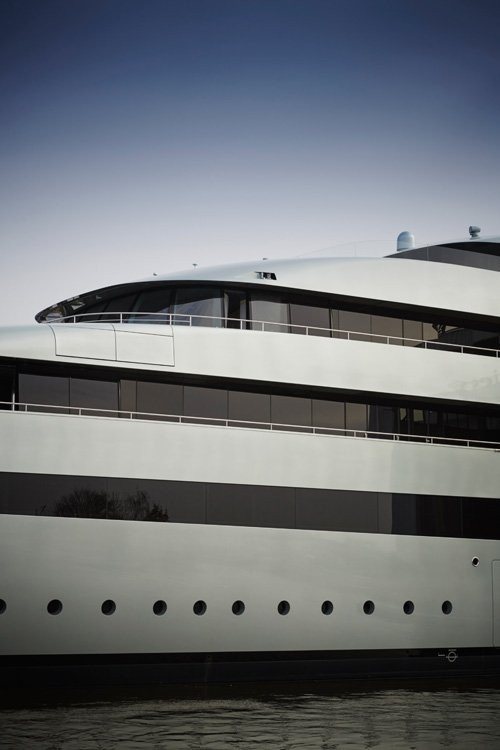 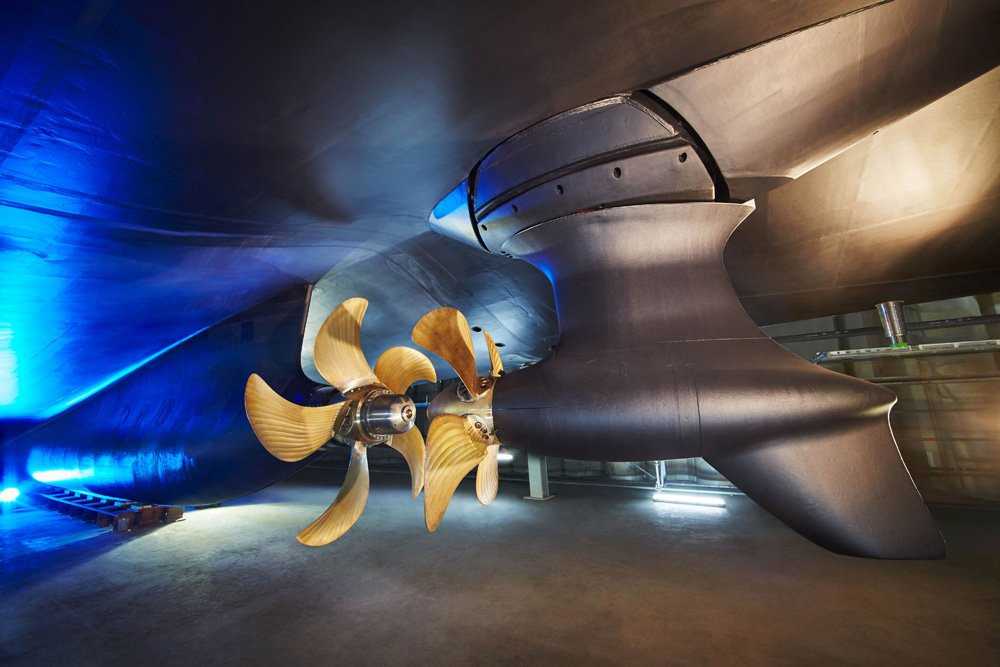 In a spectacular ceremony at the Feadship yard in Aalsmeer (NL) this weekend, Feadship launched the 83.50-metre Savannah. She is a yacht full of premiers, including being the world’s largest hybrid yacht and the first to be entirely metallic painted with the exception of the mast domes.

The James Bond-themed launch ceremony on Saturday evening saw a dramatic mix of singers, dancers and acrobats entertain the people involved in the construction of Savannah over the past three years and their families. The owner had flown in guests from round the world to join the party and hear him thank the Feadship designers, engineers, painters and craftsmen who put in over one million man-hours to create this masterpiece of pure custom creation.

The eco-friendly electro-mechanical propulsion is, of course, fantastically complex. In a nutshell, however, it features a pioneering blend of a single Wärtsilä main engine, three generators, some one million Watts of Li-ion batteries, a single central propeller shaft installation on the centreline and an in-line azimuting thruster. Combined with the yacht’s super streamlined hull shape, this means Savannah enjoys fuel economies of thirty per cent and incredible flexibility in operations and loading of the power plant.

The way one gigantic propeller is installed in front with another electrically powered prop in its slipstream has never been applied on a yacht. Another major innovation is the batteries, which provide extra speed at the top end, allow proper loading of the generators at any speed and facilitate super-quiet cruising at slow speeds without any engines turning. “The possibility to choose between diesel, diesel-electric or fully electric is truly exceptional,” says Savannah’s captain Ted McCumber. “Only Feadship engineering and the rich experience of this yard could have successfully concluded a project of such scope and vision.”

But there’s much more to Savannah than her awesome power system alone, as you can see for yourself in the picture. Check out her superstructure, where the glass and composite panels appear to float thanks to visual trickery involving polished stainless steel strips, aluminium supports and teak. Look at how the stainless steel doors form part of the yacht’s continuous line and also appear to be floating thanks to the remarkable work of CG Design and Feadship’s designers. Another unique aspect of the exterior is the way the aft owner and main deck areas are designed as a single open inside/outside space, enclosed by weathertight sliding doors. With the sides of the main lounge open, the entire zone from the swimming pool to the salon serves as an unprecedented al fresco experience. “The owner of Savannah loves to be at one with the water,” adds McCumber. “This phenomenal design will allow him to run from the main salon and dive straight into the sea.”

The incredible Sea Foam metallic green exterior colour scheme in was created by a human machine of several dozen craftsmen, who spent many weekends in a climate-controlled tent to create what is the world’s largest metallic-painted object. They used special mixing machines and electrically-charged spray guns to ensure all the metallic flakes were in perfect order and, not to mention, an additional ground-breaking achievement on a pure pedigree yacht.

Due to privacy agreements the interior remains a mystery; however Feadship has shared a few words on this equally amazing artifice. "Savannah has an ‘underwater lounge’ where guests can watch the fish outside or turn around and observe the fun and games in the nine-metre swimming pool. The room, which also converts into a cinema, is another first for a superyacht and features especially thick glass due to its position in the hull."

Henk de Vries, CEO of Feadship, was delighted to see the fruit of so much labour emerge from the construction hall today. “More than a thousand people have been involved with the creation of Savannah since the contract was signed at the end of 2011. This tremendous outcome once again shows how we at Feadship are never afraid to venture into uncharted waters.”

To watch an interview with Henk de Vries at the Superyachts.com Top 100 discussing new launches across 2015, click here.

"The possibility to choose between diesel, diesel-electric or fully electric is truly exceptional. Only Feadship engineering and the rich experience of this yard could have successfully concluded a project of such scope and vision"

"The possibility to choose between diesel, diesel-electric or fully electric is truly exceptional. Only Feadship engineering and the rich experience of this yard could have successfully concluded a project of such scope and vision"