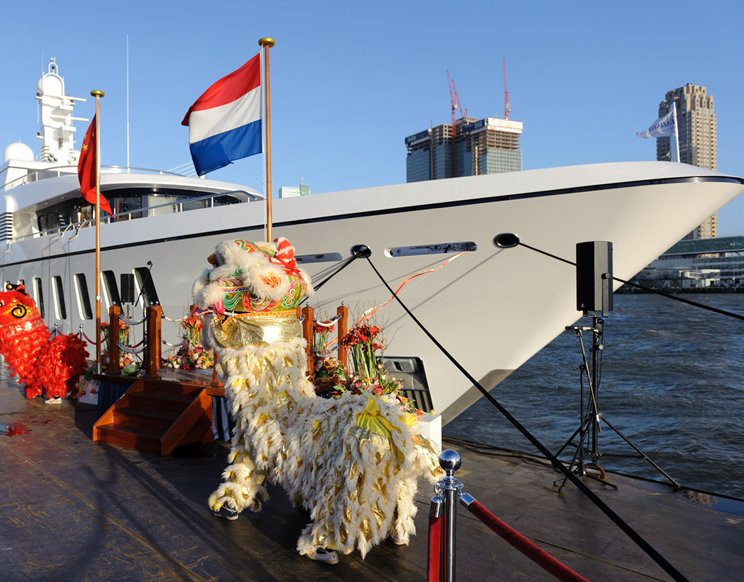 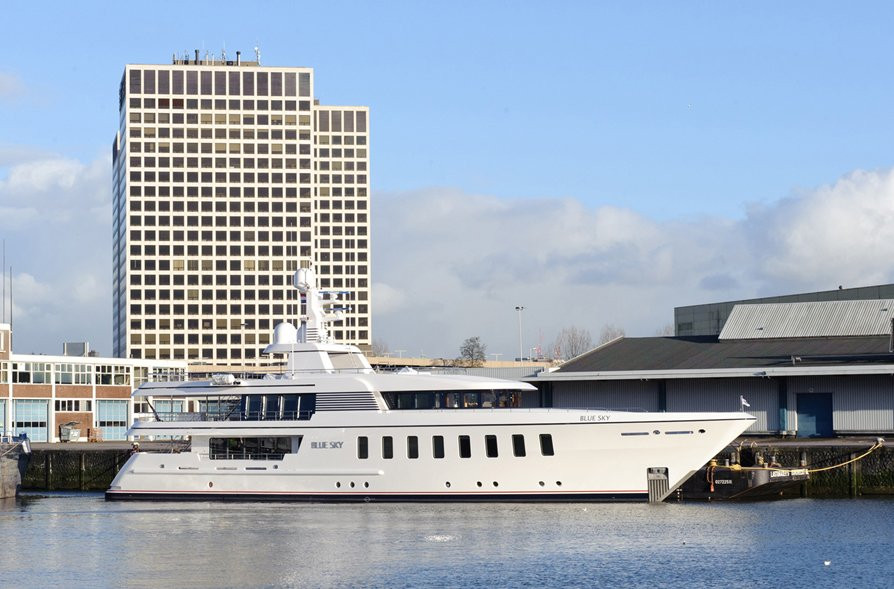 Feadship has today announced the successful launch of the 44.65m Blue Sky – the first yacht to be built by a Western shipyard for a client in mainland China - during a ceremony that combined Chinese and Dutch maritime cultures.

Feadship director Dick van Lent hailed this launched as an example of the cross-cultural symbiosis that had been the hallmark of the cooperation during the construction of Blue Sky. “We are very proud to have partnered with the owner, who is a pioneer in his country when it comes to owning the very best motor yacht that money can buy,” he commented during his speech.

“It is also a great honour for Feadship to complete the order for an exclusive superyacht for the People’s Republic of China. Feadship made history by being the first Western yard to deliver to South America in the 1930s. We were the first European yard to build custom yachts for the United States in the 1950s and in the Middle East a decade later. Having also led the way over recent decades in Africa and other areas of the Far East, everyone at Feadship is delighted to no do the same in China.”

The colourful launch event included a wide range of Chinese influences, including lion dancers. Blue Sky was jointly christened by the owner’s representative (it is a traditional for males to perform the ceremony in China) and Jeanette van Mil, wife of Operational Peter van Mil (maintaining the European tradition of a lady cracking the champagne bottle.)

“We very much enjoyed the smooth cooperation with the owners and their representatives in China,” says Dickie Bannenberg. “Blue Sky features a fresh contemporary interior with lots of lightweight loose furniture. The sky deck lounge is a dedicated karaoke space with an 85-inch television, while the Mah-jong room is found aft of the wheelhouse and includes a state-of-the-art table that shuffles the tiles and deals of the dice automatically.”

“In addition to her unique helicopter deck for a yacht of this length, Blue Sky must also be one of the first superyachts to have two separate areas for Chinese pastimes,” adds Francis Vermeer, head of marketing at Feadship. “With both the owner’s stateroom and the four guest suites located on the main deck, phenomenal views await those who will soon be sailing on board this landmark project in the history of global yachting.”