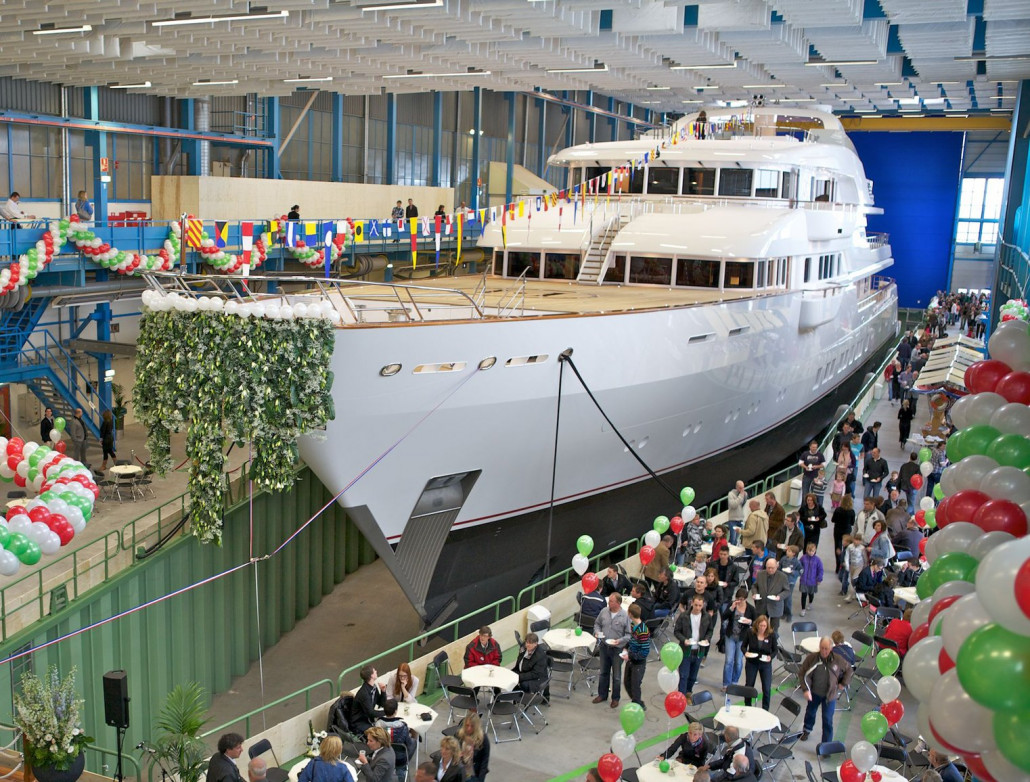 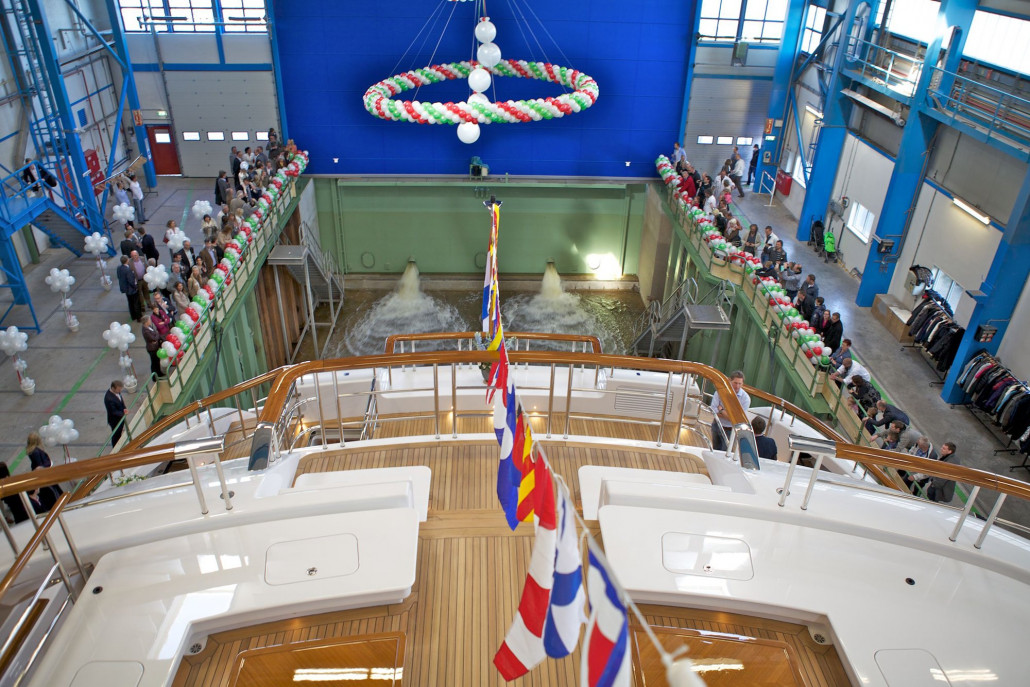 Taking place on Saturday 14th of April, Feadship has officially announced the successful launch of the 78.5m custom motor yacht Hampshire II; the latest scion of the Feadship fleet and an adventurous addition to the water.

Hampshire II was built for an experienced Feadship owner with a great love of action and sports; inherited in design features such as the foredeck ball court or the 25m high crow’s mast.

During her launch ceremony at the Feadship Kaag yard, Feadship director Dick van Lent paid tribute to the owner of Hampshire II. “It has been a pleasure and a privilege to create such a unique vessel for such a passionate sailor. As an experienced Feadship owner, he really appreciates the qualities of a Feadship and the fun of being closely involved in the design and construction process.”

“This is exactly the sort of client we love to work with, and Hampshire II is exactly the kind of superyacht that Feadship owners deserve. She is built around every conceivable sporting activity while also offering exceptional facilities for those who like to take things a little easier. Many of his friends and family were involved in the various milestones of the build, and now they are all set to reap the rewards.”

Positive proof of this statement was seen in the hours leading up to the launch ceremony as various teams representing the owner’s guests and personnel from the yard played football on the foredeck of Hampshire II. The yacht’s helicopter landing platform, nicely finished in teak, can be transformed into a playing field for basketball, tennis, baseball, badminton… and football. A giant net can also be placed around the deck to ensure care-free gaming.

This is just one of many unusual but alluring features onboard Hampshire II, the split-level design of which maximises the volume and outdoor space. On the sundeck, for instance, a crow’s nest placed atop the mast is reached by a two-person elevator and offers panoramic views high above the water. For the truly adventurous, a zip wire is connected to the mast which her owners can tie a rope and slide at a breathtaking speed from the crows nest down to the water.

The contemporary overall design by Redman Whiteley Dixon and Feadship incorporates two amazing beach-clubs and balconies on either side which act as idyllic seating terraces for the owners.

While her exterior profile is modern, Hampshire II’s interior is a classic affair which highlights a typical English style bar on the bridge deck in place of the traditional lounge. Edmiston attracted the buyer to the project, managed the construction and will be overseeing the yacht's future.