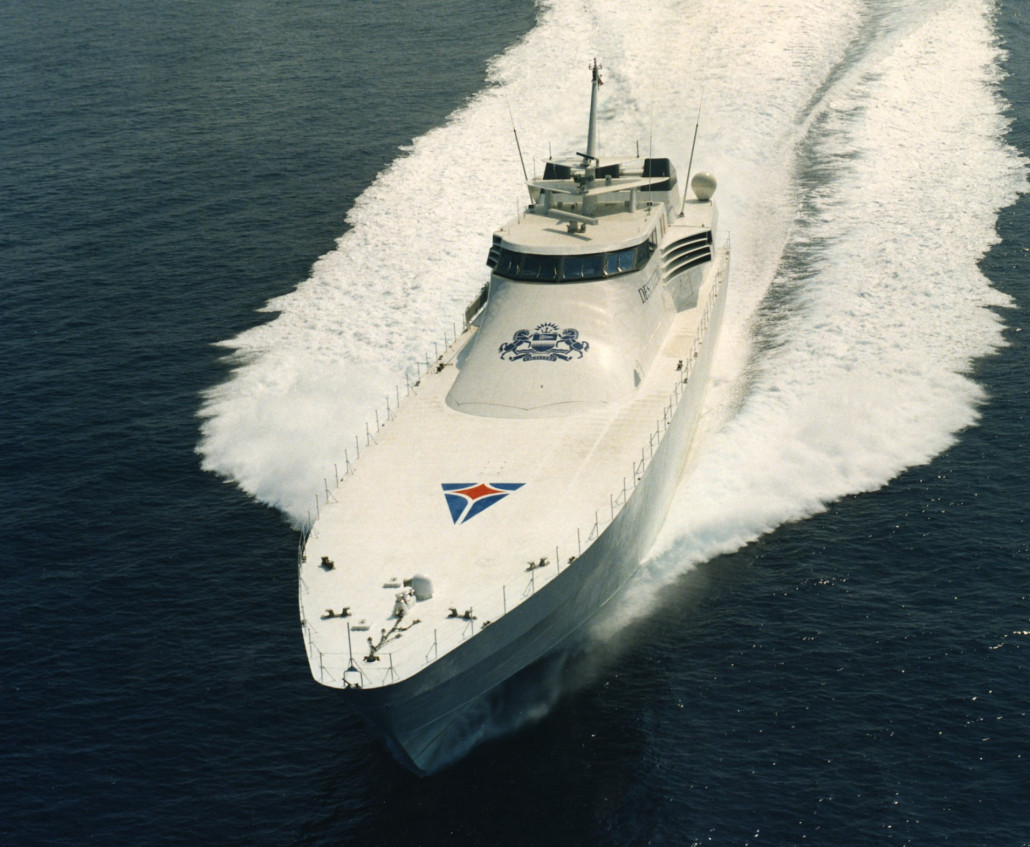 Fincantieri Celebrates 20 Years of the Destriero

This week saw a celebration at the Muggiano shipyard in La Spezia, marking the twentieth anniversary of the “Destriero”, the fastest motor yacht in the world which crossed the Atlantic in 1992 setting a record which still remains unbeaten.

The Italian motor yacht took 2 days, 10 hours and 34 minutes to reach the British coast from New York. The record still stands and the yacht heralded a revolution in the shipbuilding industry by bringing in today’s fast hulls.

The monohull, built in 1991 in less than a year by Fincantieri, sailed 3,106 nautical miles without refueling, from Ambrose Light, New York to Bishop Rock lightship on the Scilly Isles, England, in 58 hours at an average speed of 53 knots (reaching peaks of 70), and won once more the Blue Riband which in 1933 had been awarded to the legendary transatlantic liner, the Rex.

Built at the shipyards of Muggiano and Riva Trigoso, the Destriero was the largest ship in light alloy ever to be constructed and one of the vessels with the highest concentration of efficiency, power and technology. At 67 metres long with a beam of 13 metres and 60,000 HP, the yacht could reach average speeds of over 60 knots. Record figures, the pride of Italy, a result based on a wealth of experience in the construction of ships gained by Fincantieri in the course of over two centuries. The Destriero marked for Fincantieri the beginning of the production of a new generation of high speed vessels with consequent benefits for commercial development.

The challenge of the Destriero started with the aim to break the record for crossing the Atlantic, for which the Blue Riband has been awarded since 1838. Later, in 1935 winners of the Blue Riband were also awarded the Hales Trophy, following a proposal from a British MP, Harold Hales. The competition regulations allow merchant vessels to participate provided that, during an in Atlantic crossing, from East to West, they meet certain requirements: to have mail on board, paying passengers and a professional crew. The Destriero follows in the wake of this tradition; her challenge to the Atlantic starts from a passion for naval technology, from Ismaili Prince Karim Aga Khan, who sponsored the initiative, supported by leading testimonials of Italian industry and culture of the time, from the Fiat of Gianni Agnelli, to the IRI of Franco Nobili and other numerous sponsors.