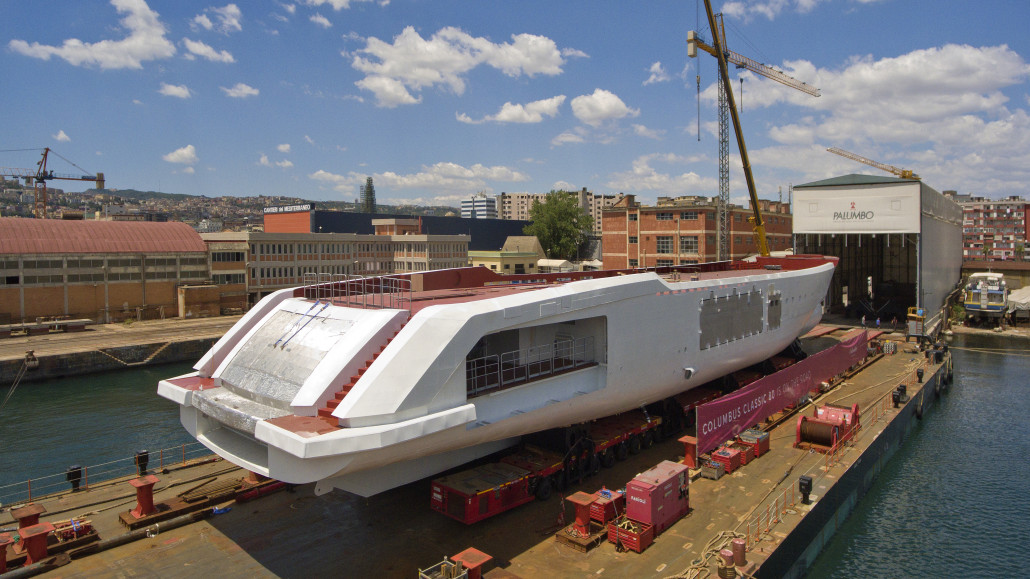 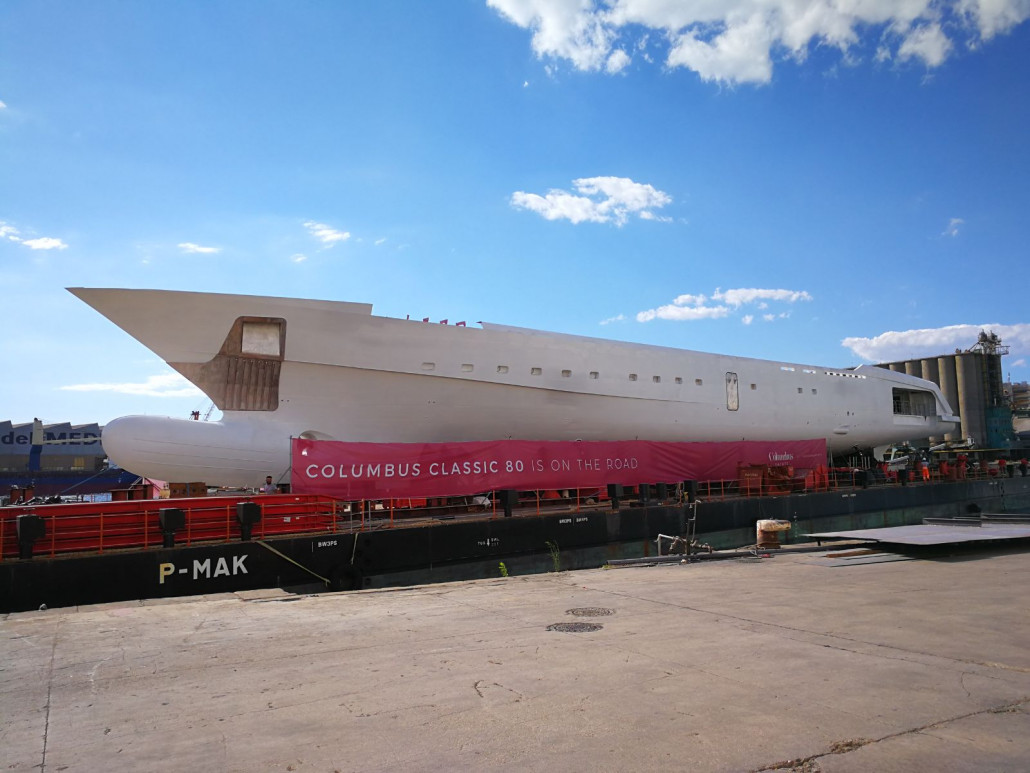 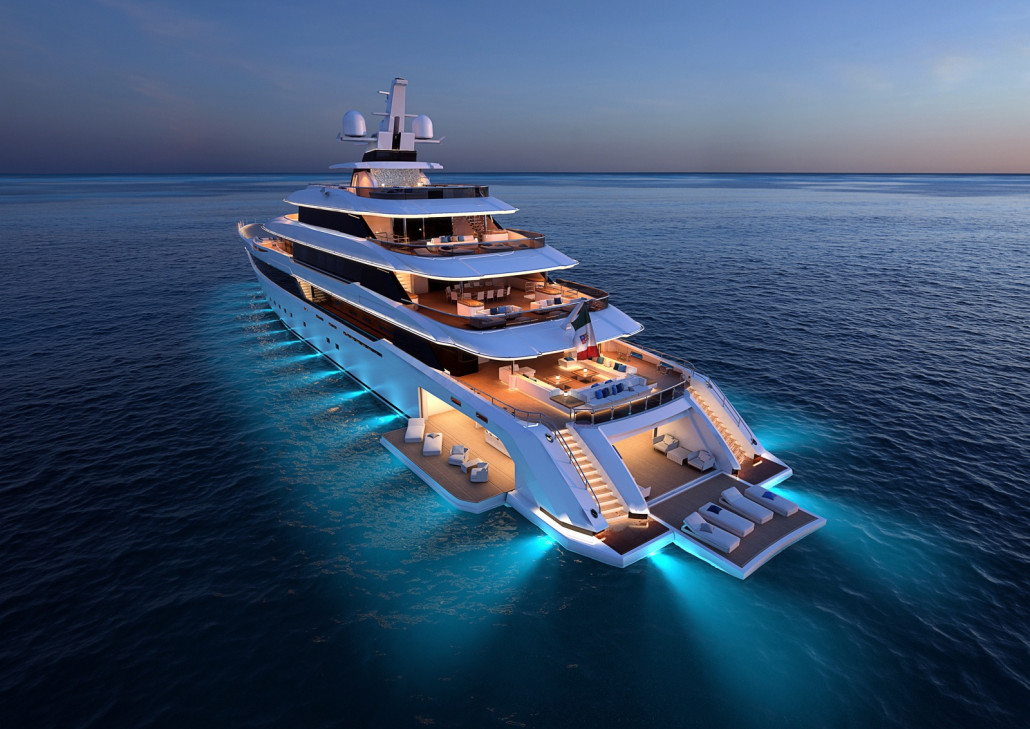 Just a few short weeks ago we learnt about the inspiring build-process for Columbus Yachts latest superyacht. Their first foray into yacht building in the 80m range is not only superlative in size but set for completion in 2018, one of the fastest production processes ever seen. We’re following the Columbus Classic 80 on its journey from project to delivery and this week, one half of the vessel came into sight when the hull left Naples for Ancona.

One part Ancona, another part Naples: The Palumbo Group have opened up space in two of their sites on the Italian Coast for this record-breaking build. Today, the shiny new hull left its Naples home to join the superstructure across the width (and length) of Italy to Palumbo’s sister facility on the East Coast, In Ancona.

It’s a simple idea with fast results: build one yacht in two places… and it’s a simple idea that seems to be going to plan. Signed back in November 2016, the top secret project is one that's sparked much excitement in the industry.

The first reveal of the hull leads us to believe that in about 10 days, it will join the aluminium superstructure that has been already completed. With room to house two vessels up to 110m in length, the Ancona shed is more than ready for the shipyards adventure into their new superyacht series.

“The implementation of the process has been a challenge on several points of  view: structural, engineering, constructive and logistical. When the hull reaches the superstructure in Ancona, the "wedding" will take place in the new shed that we are just completing there aside the existing structures.”

As we follow the progress of this exciting Columbus Yachts build in an entirely new market, it’s clear to see that the strict organisational skills involved are so far delivering as we edge closer to the yards first superyacht delivery.