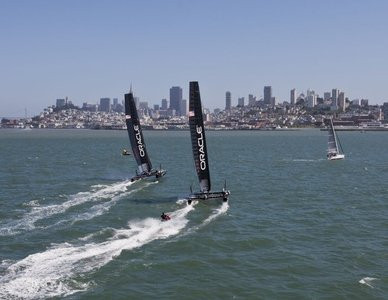 Nearly 160 years old, the America’s Cup is, without question, one of the oldest and most prestigious sporting traditions in the world. Now, after being named as operational partners of the 34th America’s Cup, Fraser Yachts are set to develop a programme to introduce superyachts into the world renowned event.

As one of the operational partners of the event’s new superyacht programme, Fraser Yachts will be responsible with connecting superyacht owners and charterers to opportunities with the America’s Cup World Series and the 34th America’s Cup held in San Francisco in 2013.

Patrick Coote, Marketing Director of Fraser Yachts, said: “We are really excited about out partnership with the America’s Cup and the opportunity for the superyacht community to truly engage in the world-renowned sporting event. The new course format is completely different to any previous America’s Cup, allowing superyachts to be a part of the racing action. This is America’s Cup meets Formula 1.”

The 34th America’s Cup represents a new era in the history of the oldest trophy in sports. Ground-breaking format changes will bring the racing to spectators, allowing fans to not just see the action live from the shore, but also be part of the competition on the water.

The new superyacht programme will introduce large luxury yachts and other boats to the sidelines in order to serve as virtual boundaries for the race course, helping to create a floating stadium in which the teams will compete.

The new America's Cup World Series is set to begin its inaugural season during August 2011. In the summer of 2013, the 34th America's Cup begins with the Louis Vuitton Cup from July 4- September 1, followed by the America's Cup Finals throughout September 7-22.

For more information on the America's Cup, click here.