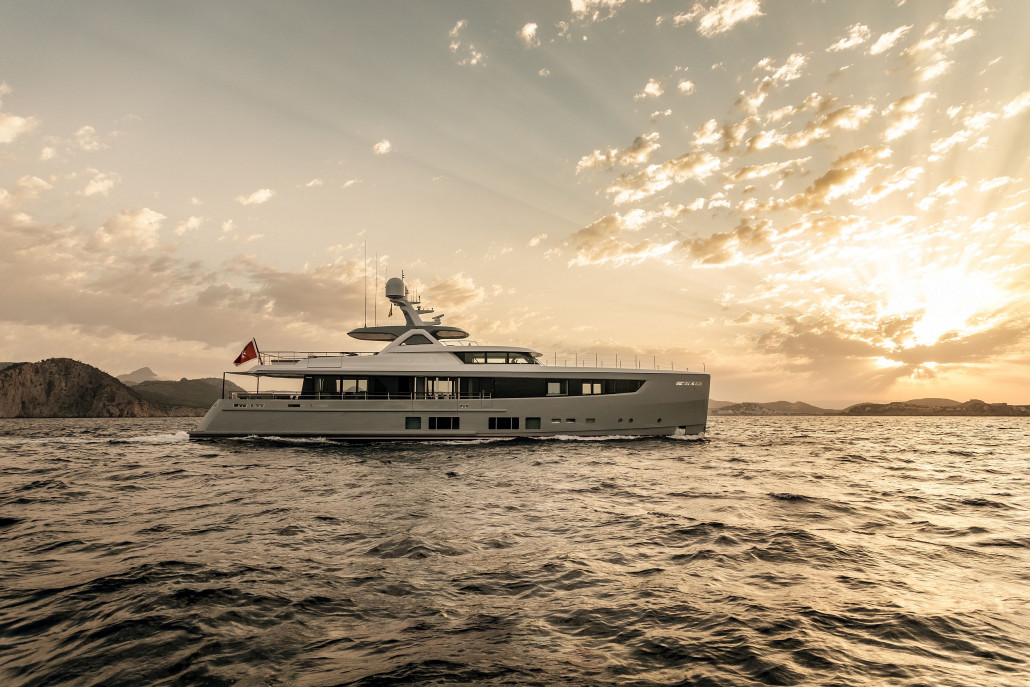 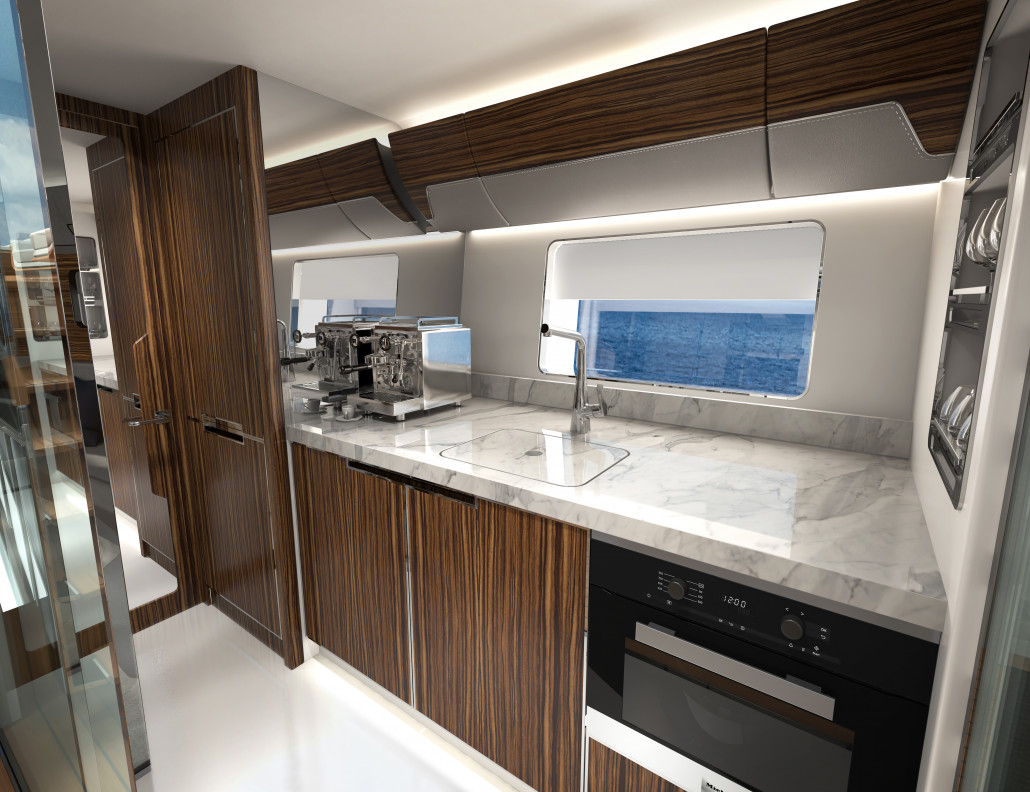 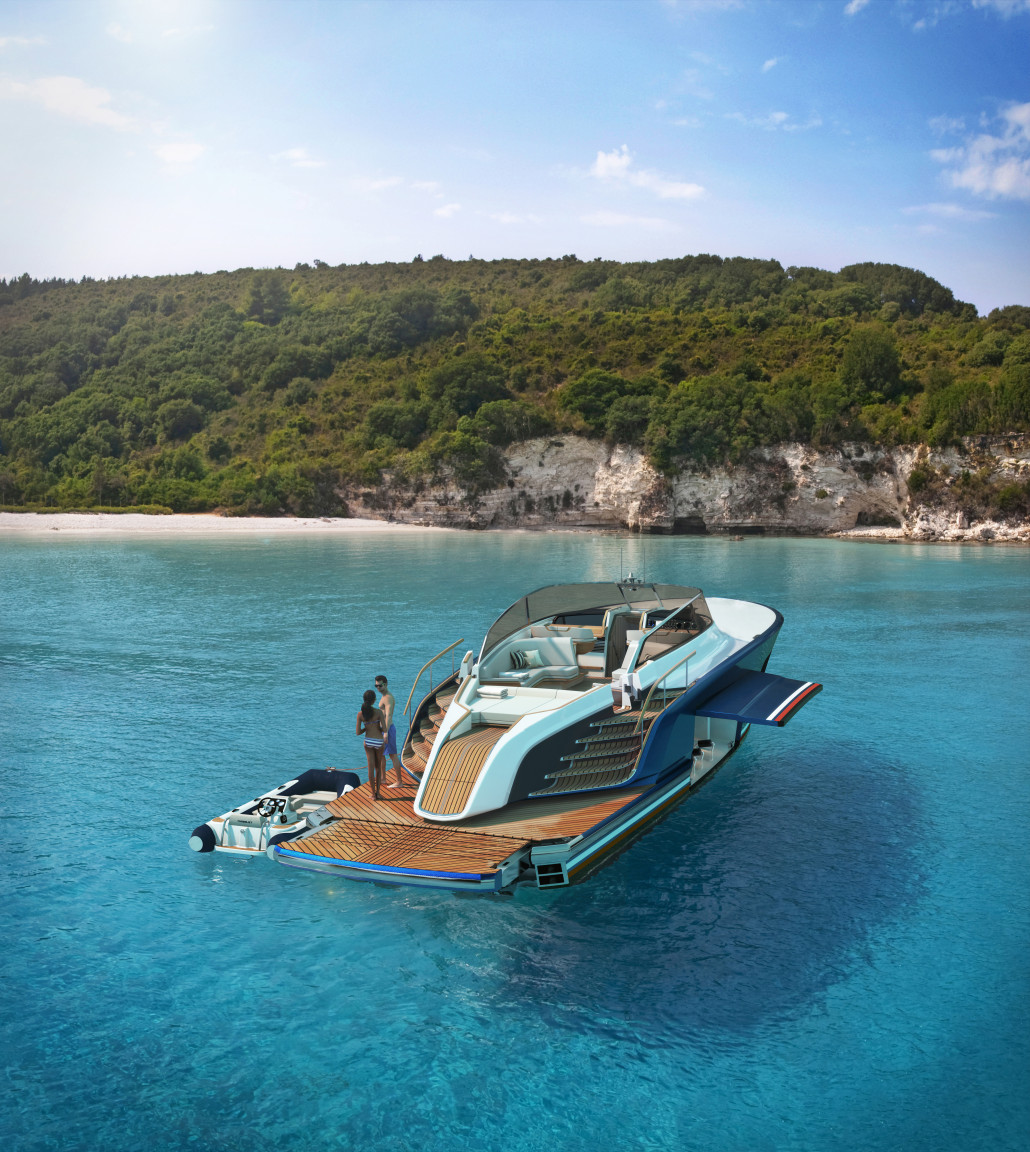 From Aeroboat to Exo: The Projects of Claydon Reeves

James Claydon and Mike Reeves are well-versed in design language, with a signature style that brings new schools of thought to both the drawing board, and the water. With Delta One as the latest launch in an impressive portfolio, I spoke to the team about next-generation design and the projects defining a progressive approach to form and function.

The Superyacht: Delta One
Delta One - the largest yacht ever produced at the Mulder Shipyard - is a subtle, stripped back superyacht with slight, thoughtfully created curves and a focus on life on board. The views from within are unbroken and the two-tone profile works seamlessly to create a modern solution for owners looking to cruise the world in comfort.

“After Delta One, was delivered to her client we had a lovely email from both the captain and the owner,” explains Mike Reeves, Founding Partner of Claydon Reeves. “The project has been a great success thanks to another dream team mix of Van Oossanen, the shipyard and us. Not only does Delta One look bigger than she is but she offers a good mix of speed, range, and is a fast displacement.”

For Claydon Reeves, the launch of Delta One offered a brief respite from the trajectories of the studio as they began to highlight the wide and varied projects still underway.

“We're also working on a 95-metre and there is our newly launched Aeroboat S6 and the various versions offered under that brand,” adds James Claydon, “Then there are tenders, a couple of 110m concepts, residential and furniture projects as well as car project. There’s a lot of interesting and left field stuff we’re trying to get into but we’re a relatively small studio.”

The Breakthrough: Aeroboat
The Aeroboat S6 is the studio's new form and hugely important part of the Claydon Reeves project portfolio. A 65-foot day boat inspired by the late aviation icons such as the Spitfire and Schneider Trophy planes. It is the next model up from the Aeroboat SV12, which is powered by a Rolls-Royce Merlin Spitfire engine, with the whole Aeroboat range carving a new niche and offering a call-back to classic styling.

“Since July last year, Aeroboat has been a big push for us, and culminated in the launch of the Aeroboat S6 in June this year,” explains Claydon. “There is a lot that makes it stand out — from the overall styling to the detail of the tail, which all adds layers of ‘superyacht-ness’, but it’s still a production size boat. There aren’t many aluminium 65ft superyachts, and we’ve approached it from that angle — it’s a micro-superyacht.”

“The Superstructure Tail, which is what we call the back third of the boat, opens up to reveal the engines — it’s more like a car bonnet,” adds Reeves. “Speaking of the engines, this boat offers a fantastic range and will do Miami to Nassau and back on one tank.

“It is available in many versions — you can have it with a hard top, a bimini or leave it open. It can also be a resort tender. It’s not designed to redefine a new segment, this is the new segment. It’s much more aligned with high-end supercars. As James says, all the features of the superyacht industry but just a bit smaller. It may not fit within the 30m and above rule but it’s more special than anyone would have seen at this size.”

The Concept: Exo
From the tangible breakthrough of Aeroboat to a design that stands way ahead of its time.The thought behind Exo follows precision to a point of evolution. Exo, a design case created by Claydon Reeves, is a new approach to sailing, construction and the future of building boats.

“I think it’s our approach and teaming up with Dykstra was an important move,” adds Claydon. “We’re not known for sailing boats and so working together with Dykstra on the project was great because sailing yachts are what they do. They were fully onboard and we had some really exciting meetings in the development of the design. We could go in any direction and they fully supported us and still do with this particular project. The whole idea of looking to nature and organic forms helped us to evolve the project into a new way of building a boat. We’d love to make a two-metre long version, skin it and sail it to prove the point.”

“EXO is scalable,” concludes Reeves, “so you could do a racing dinghy like that where you have an incredibly cool structure with a thin transparent membrane to keep the water out. That’s the sort of thing that we like doing. You’re not going down a well-trodden path but defining a concept.”

With the connecting threads of Exo on the back-burner, an exciting and top-secret car project underway, a new delivery and happy owner, Claydon Reeves is a studio actively looking to solve future problems and carve a niche out of both remarkable style and substance.

"Since July last year, Aeroboat has been a big push for us, and culminated in the launch of the Aeroboat S6 in June this year. There is a lot that makes it stand out."

"Since July last year, Aeroboat has been a big push for us, and culminated in the launch of the Aeroboat S6 in June this year. There is a lot that makes it stand out."