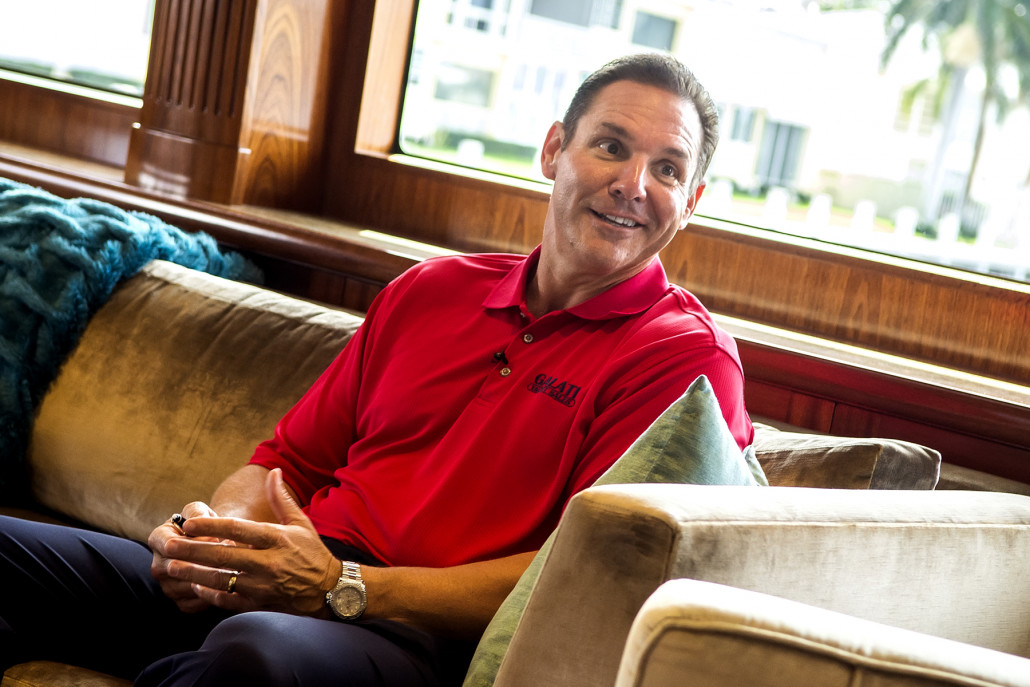 Galati Yacht Sales brought a bigger fleet to the Fort Lauderdale Boat Show than ever before after surging through 2016 on the winds of high-level activity surrounding the American market.

“We’re having a great year, 2016 has been really phenomenal when you look at our brokers results, especially in the larger yacht segment,” explains Darren Plymale, Vice President of Galati Yacht Sales at the Fort Lauderdale Boat Show. “We’re here right now in 9 different venues […] This is the mecca.”

Interest rates and low overall costs are breeding confidence within the HNWI sector, allowing the American buyer to assess their purchases with the right people. A market principle, we're told, that has granted high activity for the brokerage firm.

“This time last year we were talking about Amarula Sun and a couple of other boats we had represented here, they’re gone, they’ve been sold,” adds Darren. “We reloaded the cannons and got our listings in order with a great representation of product, went to Miami and then on to Palm Beach, another success story.”

With Donald Trump now heading toward the Whitehouse, we spoke to Darren about the affect he believed the elections would have on the luxury consumer market no matter which outcome.

“I’ve run into a number of customers here at the show with an ‘I Voted Early’ sticker,” explains Darren. “[The] responses were ‘Hey, I voted early and I wanted to get it off my plate and move on.’ I thought that said a lot about the customer today, and the fact that you know what, ‘let’s put all that aside and find the boat for me so I can go out and enjoy the water with my family’.”

The American luxury yachting market has offered no end of positivity for the brokerage firm, with five boats over 100 feet, as well as a 200-footer, sold in the second quarter alone this year.

No one knows what will happen next, but consumer confidence, according to Darren Plymale, looks sturdy enough to weather the storm.