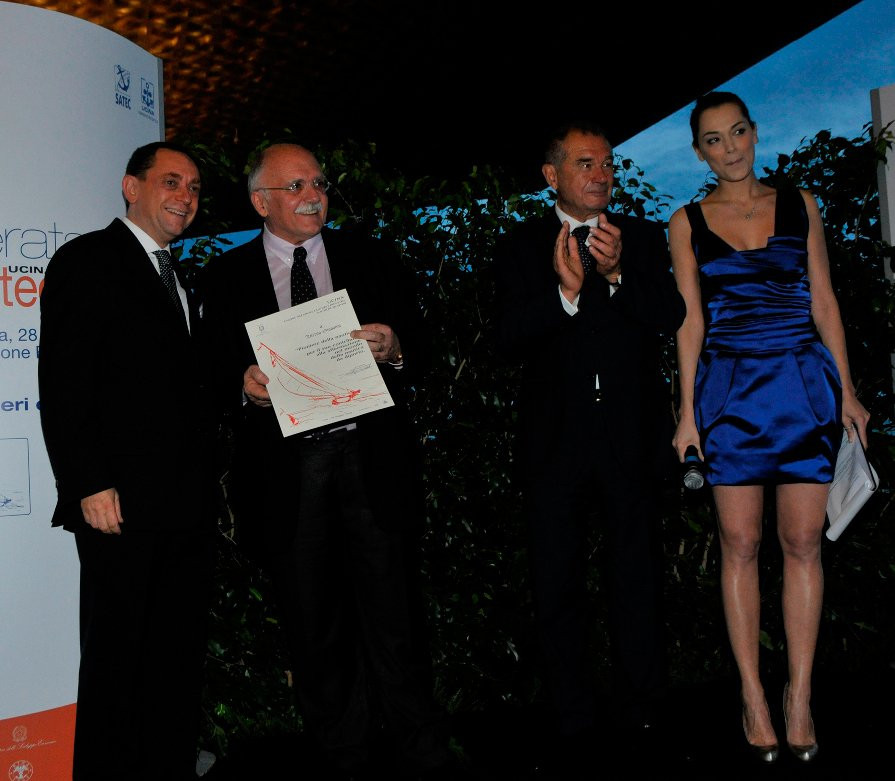 The ‘Boating Pioneer 2010 Award’ has been presented to superyacht designer Giovanni Zuccon at the annual UCINA meeting, held in Genoa on 28th and 29th May 2010.

UCINA, the association of Italian yachts and pleasure boat builders, present the annual Boating Pioneer Award to an individual in the recreational boating and yachting sector for their contribution to the global development of the industry.

Giovanni Zuccon is an architect and Associate Professor of Industrial Design at the "Ludovico Quaroni" Faculty of Architecture at the “La Sapienza” University in Rome. He is also a professional planner and designer of industrial products for the yachting and transport industry.

UCINA commented on awarding Giovanni Zuccon the coveted Boating Pioneer Award 2010, saying: “Giovanni Zuccon was born in Rome in 1944. In 1984 with his wife, the designer Paola Galeazzi, he founded the Zuccon International Project, an industrial and yacht design company. Since then he has been working with the best Italian shipyards. He has been awarded prestigious prizes in Italy and abroad for his career in the yachting sector and for his important role as professor who, every day, transmits the love for yachting to future ship designers."

For nearly 30 years Giovanni Zuccon has been designing the superstructures, compartments and interior furnishing of luxury yachts. In 1976 Giovanni began working in the Posillipo shipyards in Sabaudia and later moved to the Baglietto shipyards in Varazze. He has been working with the Ferretti Group since 1990, designing models for Ferretti Yachts, Custom Line, CRN, Bertram, Mochi Craft and Apreamare shipyards.