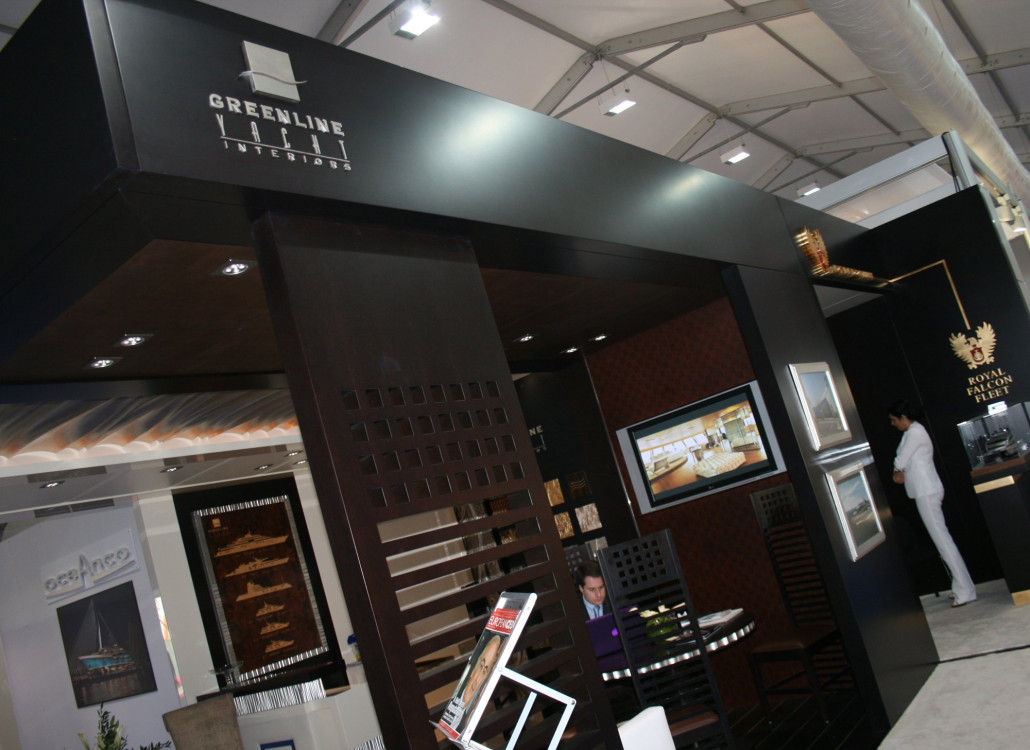 Having an already existing contract with Royal Falcon Fleet to complete the interiors of the first two units of the series of RFF135 Porsche Design superyacht catamarans, Greenline Yacht Interiors (GLYI) has recently finalized an agreement to complete a further eight RFF135; marking the beginning of a visionary superyacht fleet project.

GLYI are currently exhibiting alongside Royal Falcon Fleet at the Abu Dhabi Yacht Show, with a model of the RFF135 Porsche Design Catamaran proudly on display.

“We wanted to release this exciting news at the Abu Dhabi Yacht Show as an indication of the buoyancy of the market, in light of new projects that are being pursued in collaboration with local companies. We anticipate a lot of interest at the Abu Dhabi Yacht Show in the spectacular yacht, a model of which will be displayed at our exhibition stand throughout the duration of the show.” Explains Leah Badro, Business Development Director for Greenline Yacht Interiors.

The first two 41m Catamarans, expertly designed by the Porsche Design studio, are currently under construction in Sweden in conjunction with Kockums AB at their unique cave-like facilities in Muskö.

With both vessels set for delivery in 2012, Greenline Yacht Interiors has signed a deal to provide the full turn-key interiors for eight more yachts, including owner’s, VIP and guests areas as well as service and crew areas.