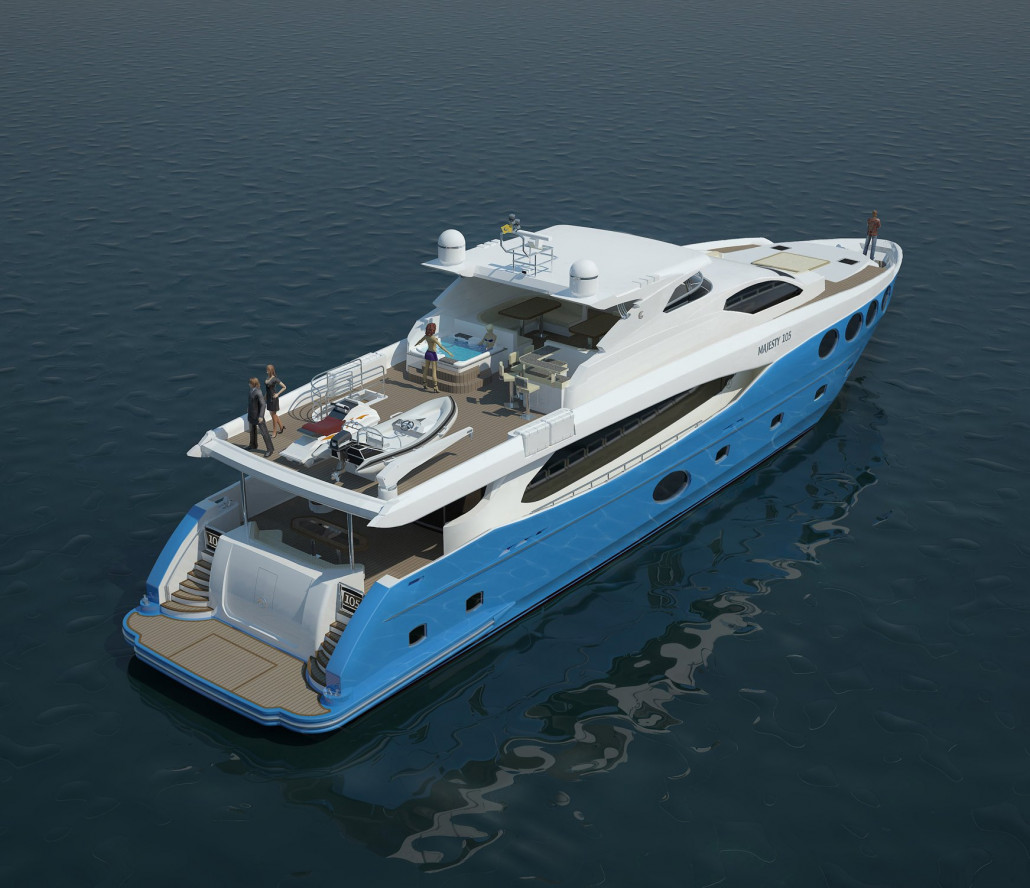 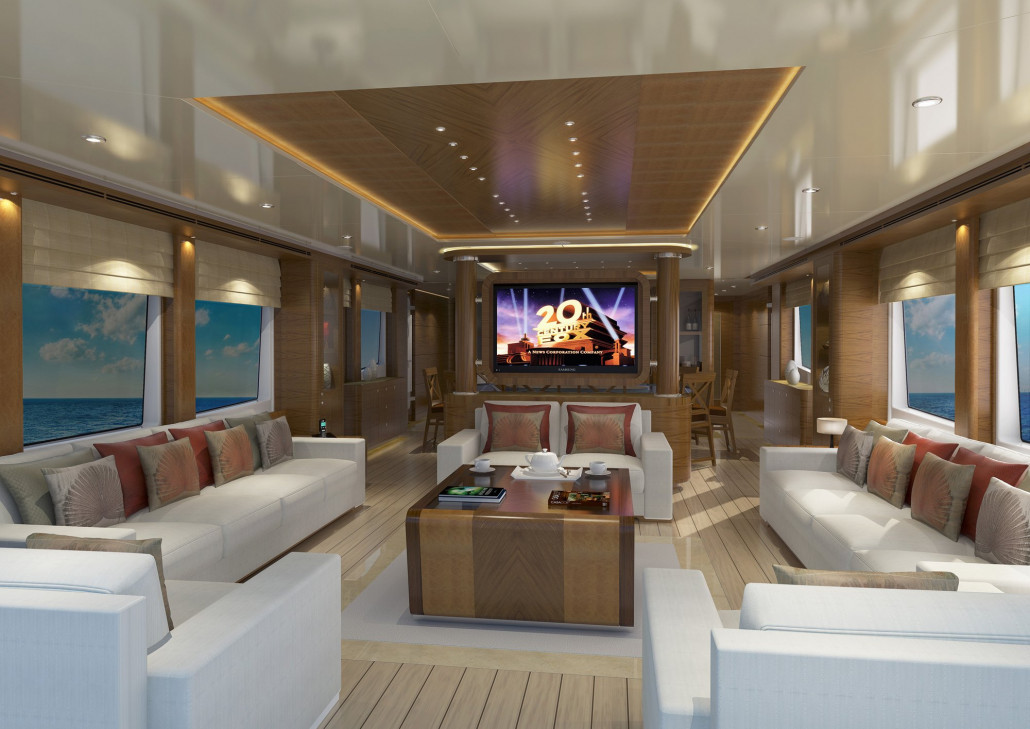 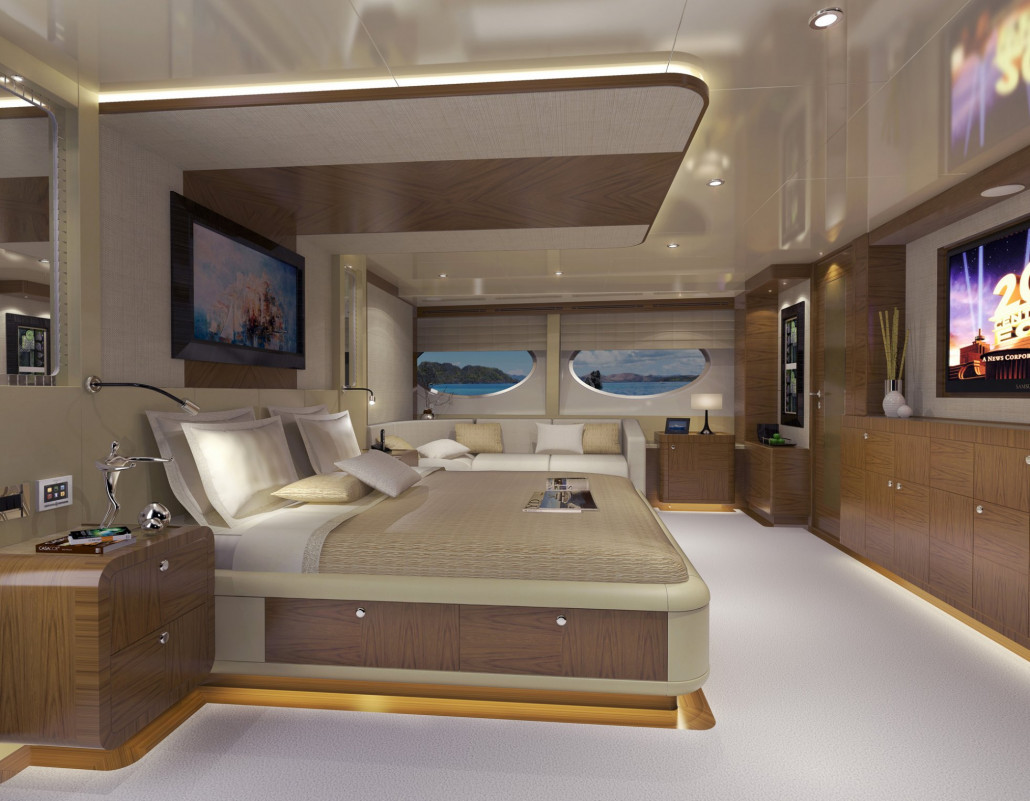 The innovative new Majesty 105 motor yacht concept from one of the leading UAE yacht builders has today been displayed for the first time at the 2012 Dubai Boat Show.

The premiere follows the premier of the shipyard’s recent showcase of its largest ever hull construction, the Majesty 135; however, the Majesty 105 is the latest in a series of revolutionary concepts created by Gulf Craft and is on display at the 2012 Dubai Boat Show.

The Majesty 105 is the latest in a series of concepts created by Gulf Craft. It represents both, the degree of engineering, design and technological sophistication already achieved by the company during it’s three decades in the business.

Visitors were offered the exclusive opportunity to tour the striking blue-hulled, triple-decked superyacht – which features five staterooms, including a spacious owner’s stateroom, 2 crew cabins and one captains cabin, 8 bathrooms in addition to a top speed of 27 knots.

“Choosing to premier the Majesty 105 at the Dubai International Boat Show was a conscious decision,” says Erwin Bamps, COO of Gulf Craft. “This region has the highest concentration of superyacht owners in the world and there is a great deal of appreciation for concepts that are different and make a statement. In terms of design and utilization of space, it is one of our best conceived models and we expect the Majesty 105 to be making quite a few waves in the right circles.”

“The Majesty 105 was conceptualized for the yacht owner who likes to spend the majority of his time above deck,” he added. “With a steering helm on the sun deck and an interactive outdoor entertaining and lounging space, this is the sort of yacht that would allow you to spend time admiring the coast on an island-hopping itinerary or catch all the action moored alongside waterfront racing circuits like Yas Marina Circuit or the Circuit de Monaco.”

In addition to the Majesty 105, Gulf Craft will be exhibiting a new hull from one of it’s most popular series – the Majesty 121 as well as another hull from the Gulf 95 Exp range – the explorer design concept announced in 2011 to meet the demands for extended living on the water.