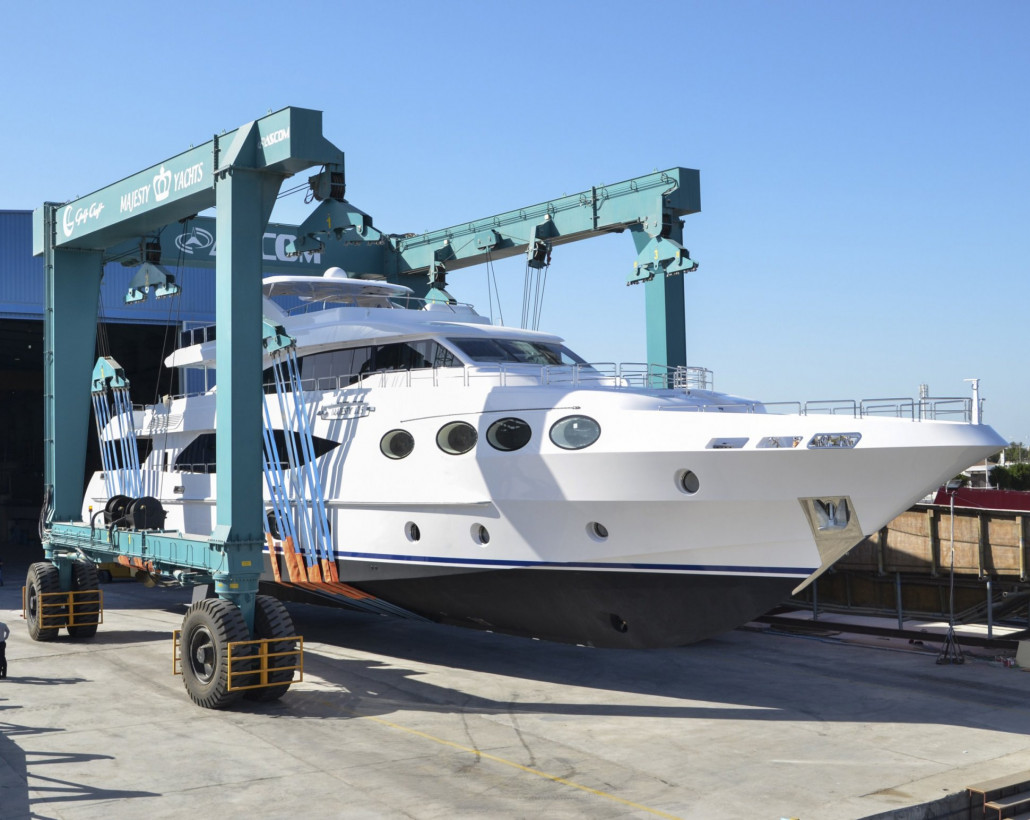 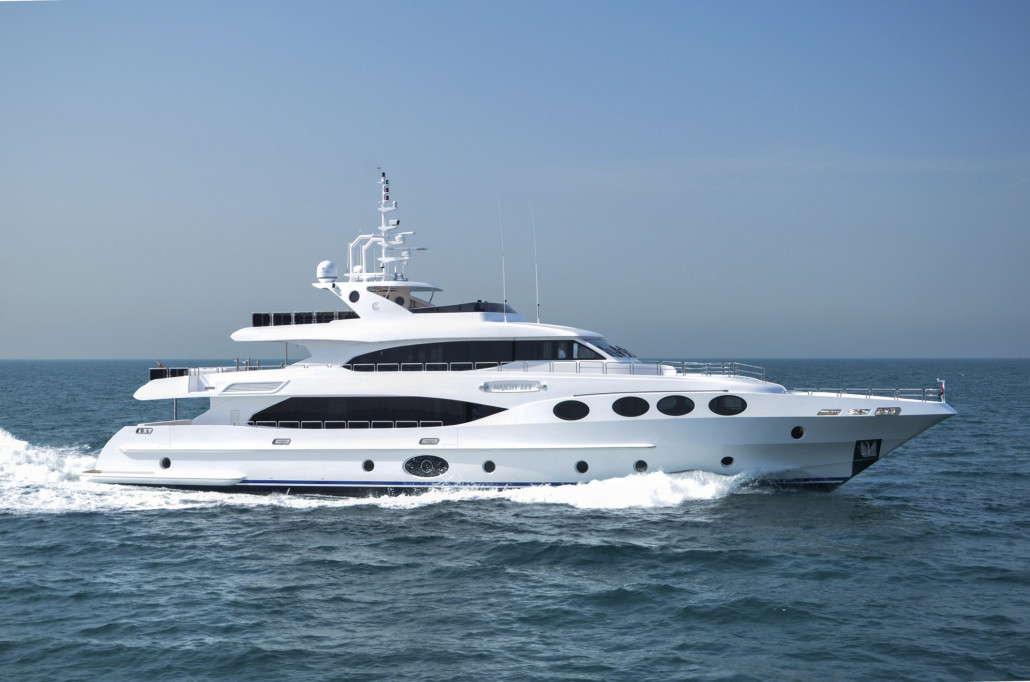 Launched ahead of schedule at Gulf Craft’s Middle Eastern facilities, the third hull in the shipyard’s second largest range will make it’s debut at the Dubai International Boat Show early next month.

A striking white superyacht, the Majesty 125 features window lines reminiscent of the yard’s larger 135 range which launched only a month ago.

“We expected this third Majesty 125 to receive an enthusiastic response at the upcoming Dubai International Boat Show,” explains Erwin Bamps, COO of Gulf Craft, “on account of its spacious living and outdoor entertaining areas – features that have rendered it highly popular amongst end-users and charter operators alike – and its striking high contrast interiors.”

“The Majesty 125 will feature among a lineup of some of Gulf Craft’s largest and most innovative superyacht designs at the Dubai International Boat Show 2013, all of which focus on delivering a more liveable yachting experience in ultimate luxury, with unrivaled spacious and diverse entertainment areas both indoors and on deck,” concludes Bamps.