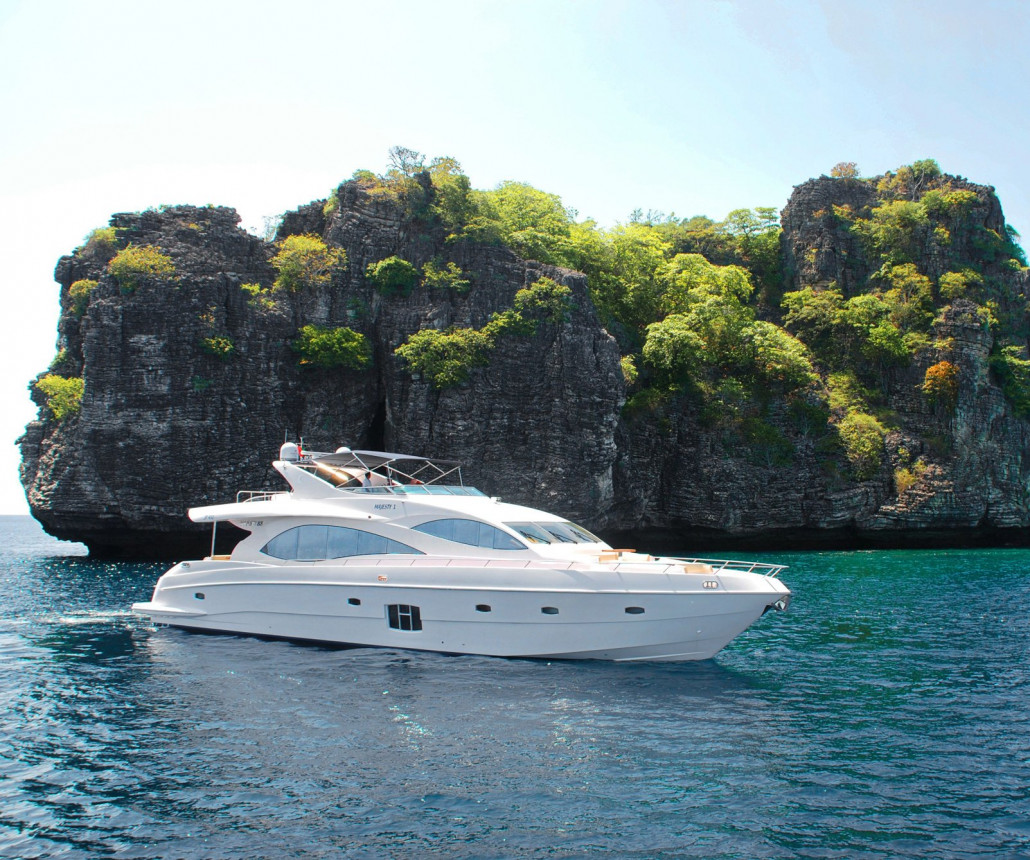 Gulf Craft has confirmed the success of the inaugural Singapore Yacht Show after reporting the first sale of a Majesty 88 superyacht as a result of their major presence at the event.

As part of a targeted marketing initiative, Gulf Craft is currently engaged in a 6-week tour of South East Asia, showcasing two fly-bridge yacht models – the best selling family and charter model – the Majesty 56, and the magnificent Majesty 88, Gulf Craft’s most impressive example of their premium superyacht range.

Gulf Craft have been forwarding the notion of the Middle East and South East Asia as a consolidated cruising experience by keeping a strong presence in both areas. Both of these models are currently located in Phuket, Thailand, where the prestigious Middle Eastern yacht builders have been inviting influential journalists aboard the yachts and hosting parties to keep a prominent awareness of the superyacht lifestyle in the region.

“We have identified the emerging markets of South East Asia as having huge potential for luxury yachting,” explains Gulf Craft’s Chief Operating Officer, Erwin Bamps. “Not only we are we seeing a new generation of dynamic and wealthy business people looking for quality lifestyles, the entire area is now gradually opening up for marine tourism. It is becoming more and more feasible and attractive for an owner to keep and cruise a luxury yacht in South East Asia.”

Until recently, Gulf Craft has only had limited exposure for its Majesty Yachts range in South East Asia, but in addition to the new marketing tour, which will culminate at the Boat Asia Show on 12th-15th of May, the company has further strengthened its presence with the announcement of membership of the Superyacht Singapore Association.

On the first day of the 3rd Asia Superyacht Conference on Thursday 7th April, Bamps gave a well-received key-note speech entitled “The Middle East and South East Asia – developing an interlinked superyachting industry”. The speech worked to highlight Gulf Craft’s vision of the emergence of a third large global yachting destination after the Mediterranean and Caribbean.

“As one of the few luxury yacht and boat builders based in the Orient, Gulf Craft has supplied boats to Asia for the past 20 years,” Bamps explained. “We have experienced similar client requirements both in the Middle East and Asia, with these regions still regarded as emerging markets for superyacht ownership and operation. The sale of the Majesty 88 has now confirmed the importance of South East Asia for the sale of new boats to clients with an appétit for luxury yacht ownership, and we will continue our drive to be right at the heart of further developments in the region. We are convinced that South East Asia will be competing directly with the traditional cruising grounds of the West in the very near future, and our product range is ideally suited to these waters, and particularly to the aspirations of the potential clients who are based there.”