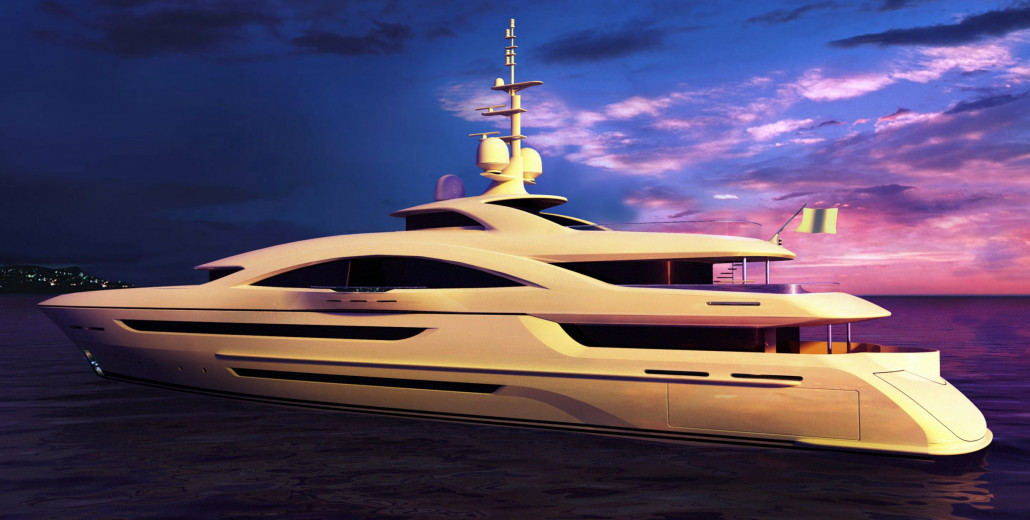 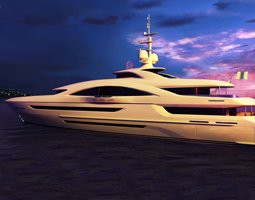 After speaking with us at the Monaco Yacht Show about their long term collaboration with Proteksan Turquoise, H2 Yacht Design has now released a new 72m design for the increasingly popular Turkish shipyard.

H2 Yacht Designs have based the new concept on the existing 70m platform, two versions of which are being built at the shipyard. H2 will be responsible for her interior and exterior design, working closely with the Turkish shipyard from their design studio in London.

Sleak and futuristic, the styling is contemporary without being too sharp and aggresive; featuring a large owners suite in the centre of the bridge deck which holds private balconies port and starboard. Her guest suites are situated on the main deck, offering room for a large spa, beach club and cinema room down on the lower deck as well as a tender garage for two 7m tenders.

H2 Yacht Design have had a long term working relationship with the Turkish shipyard, having worked on projects such as the 54m Talisman C, the 54m Sequel P and the 50m Odessa.

Turkish shipyards like Proteksan Turquoise have witnessed an exciting increase in activity, putting emphasis on Turkey as an emerging focus in superyacht construction, Jonny Horsfield commented, "They've begun to open up as a country, there is a lot of young, well educated, professional people in Turkey and they're getting more confident in what they're doing. Clients are attracted to the price as they're so competitive ... there is a market now for Turkish built boats."

Following the launch of three yachts, H2 are now working on their 5th project with the shipyard whilst preparing for the delivery of the 71m Talisman II next year with the second 72m due for delivery in early 2012.