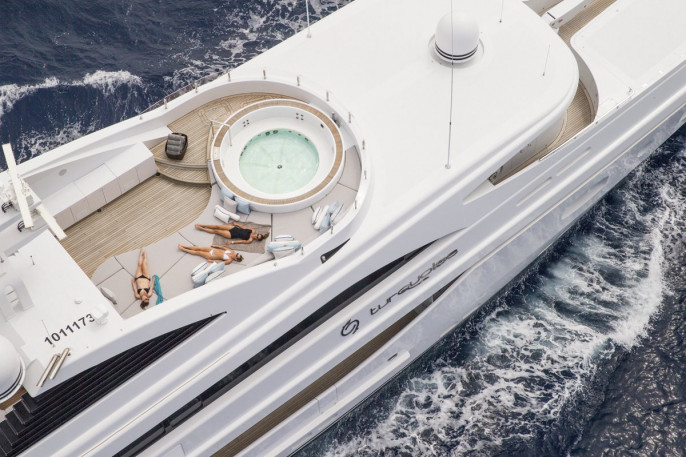 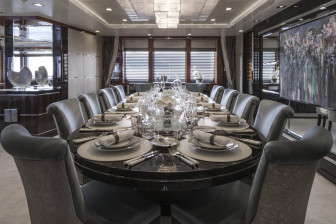 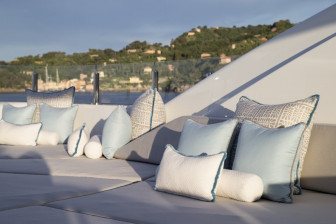 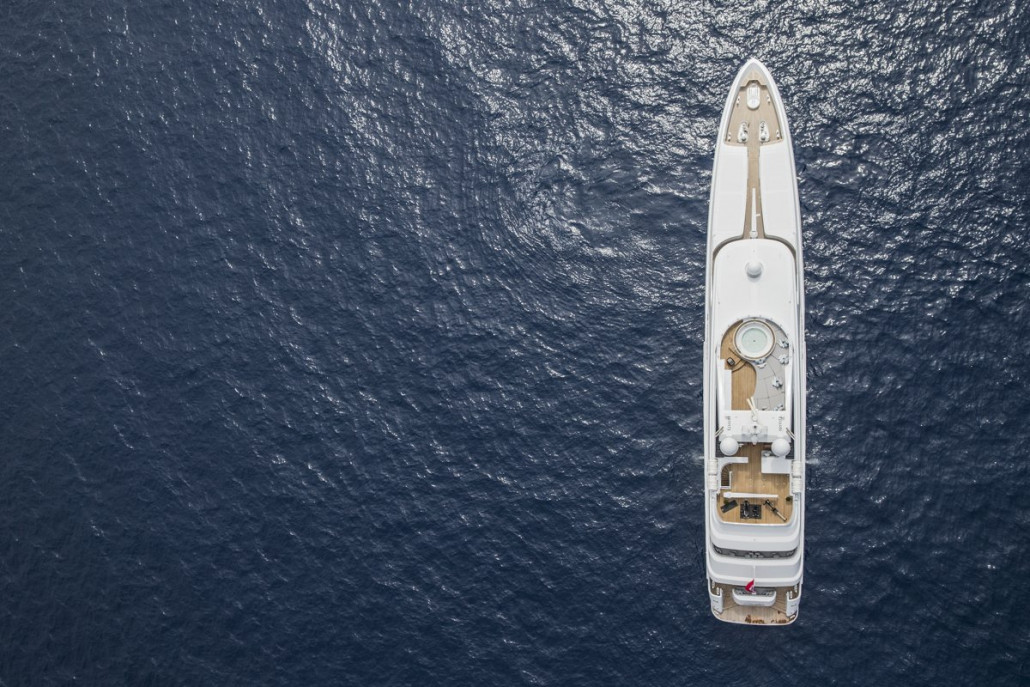 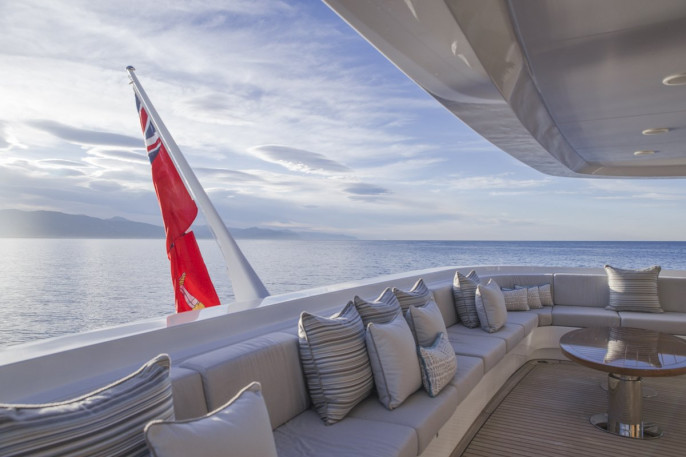 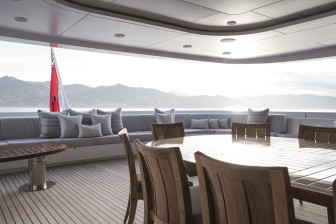 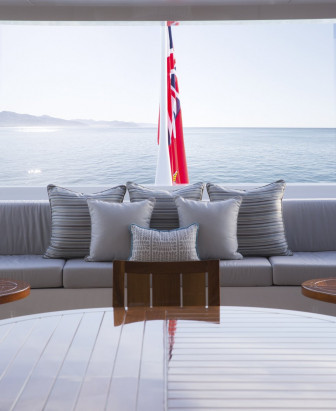 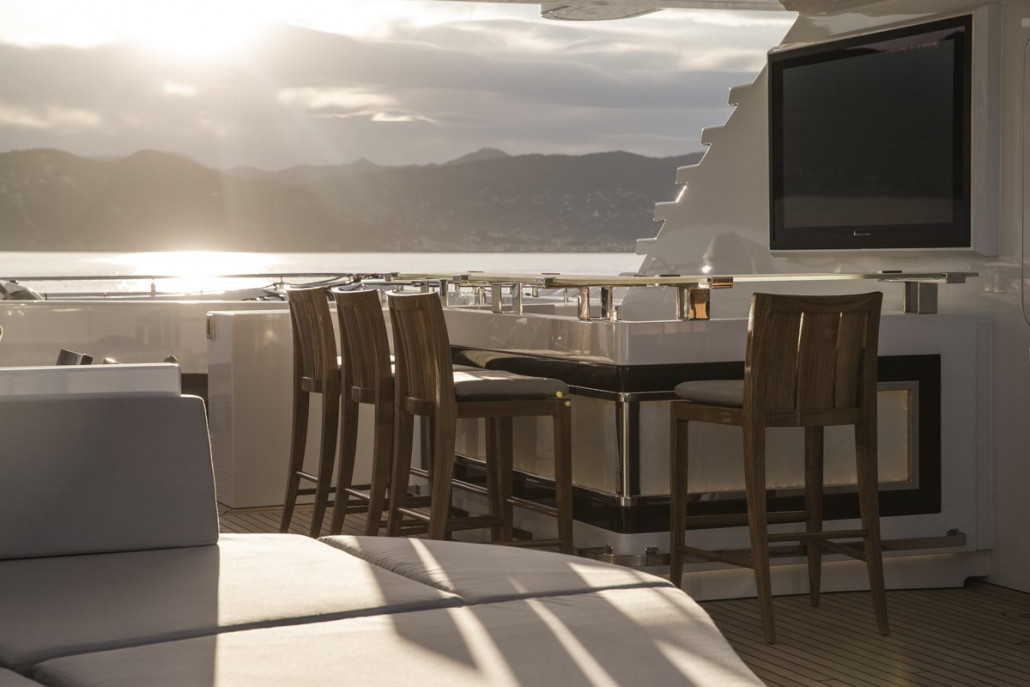 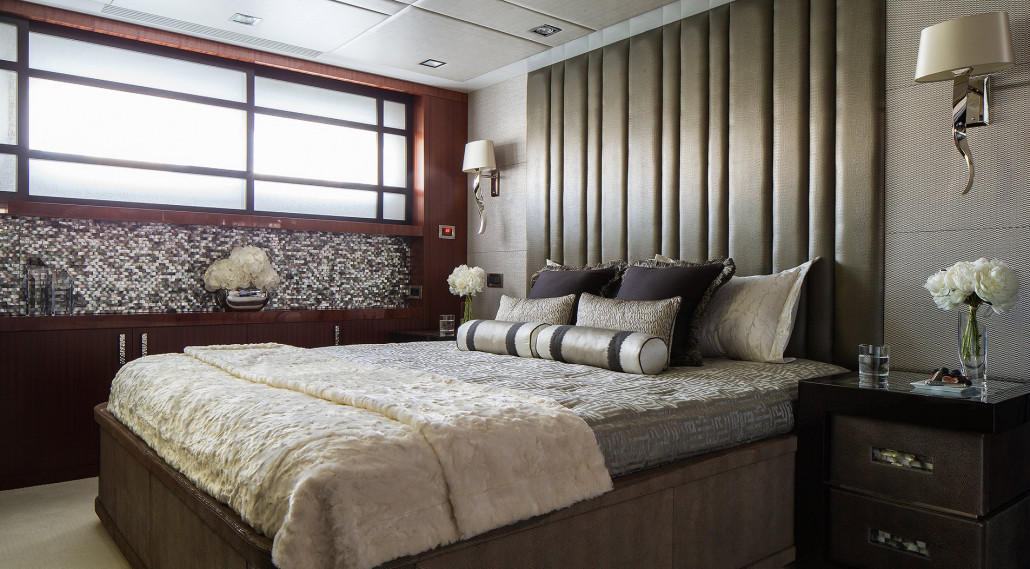 H2 has introduced the new and improved superyacht Turquoise after embarking on an extensive refit project to increase the longevity of her charter career for her new owners.

After her owners chartered the Proteksan Turqouise-built superyacht Talisman Maiton, also designed by H2, the project was given back to the London design studio to create a new feel on board Turquoise to match the plush interior and exceptional layout.

No major structural changes have taken place, however her sun deck has had a major change in regards to lay out with a reduction in unnecessary sun bed space by adding a dining table, bar and a relocated BBQ.

The office space on Talisman Maiton has been replicated, and the owner’s suit has been opened up by removing the headboard partition to bring in natural light for the wardrobe spaces.

The Main Salon has benefitted from the addition of a bar and more storage space, so a lot of joinery work has been provided by MVS interior contractors, as well as a reimagining of the dining room feature wall partition between the saloon and the dining area.

The exterior layout of the main deck aft has been changed to fit an exterior cinema, which is naturally convertible into a lounging area suiting a Nikki Beach style.

While a lot of interior features have been kept, this yacht has been designed to enhance any charter guests’ experience; so ex-Talisman Maiton crew have been brought in to provide their guests with the same treatment the owners received on Talisman Maiton.

This refit process was undertaken by Amico in Italy, who worked on all exterior changes while MVS & Associates controlled the interior re-styling.

During the Monaco Grand Prix, Turquoise hosted 250 guests at the annual Royal Party where HSH Prince Albert II was in attendance alongside the superyacht industry that have nothing but praise for a team who created the re-birth of a yacht within only 6 months.