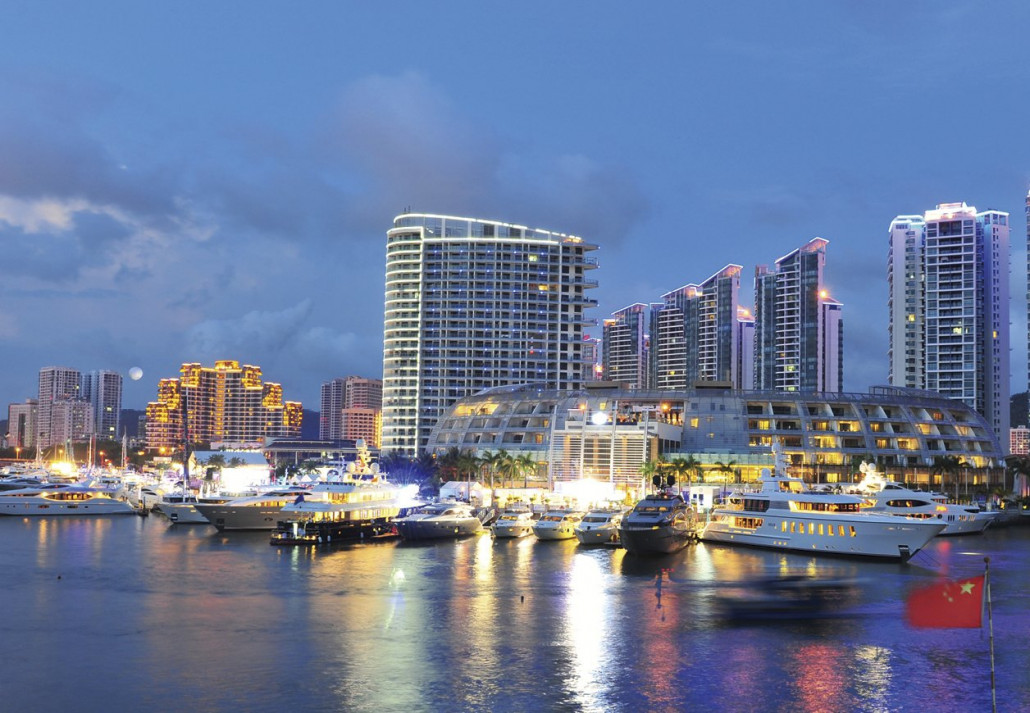 Hainan Rendezvous and the Emergence of China's HNWI

China has been picked as the world’s next emerging market in regards to bringing new interest into the superyacht industry. With an incredible boom in Chinese multimillionaires and billionaires, we spoke to Ms. Ren Jie, General Manager of Hainan Visun Rendezvous Exhibition Co.,Ltd. to gain an insight into the interests of the regional high-net-worth individual (HNWI) and how the Hainan Rendezvous is attracting the community to the water.

China’s high-net-worth individual (HNWI) population has been growing exponentially, is Hainan the new luxury hub for these individuals?
According to the 2012 China Wealth Report released by Boston Consulting Group in mid-January 2013, China’s high-net-worth families are mainly distributed in economically developed coastal regions. The findings through investigation and study indicate that tourism remains the most favorable recreational activity among the HNWIs. As Sanya, Hong Kong and Yunnan are the most popular regions, the relevant sports, such as golf, yachts and horse riding, become the first choice of the HNWIs. In addition, on the basis of Hurun Wealth Report, there currently are 825,000 multimillionaires and 51,000 billionaires nationwide.

Since the foundation of Hainan International Tourism Island on Jan 6th 2010, it has been receiving the overwhelming and strong support from the government policies, which impels Hainan, particularly Sanya, to become the domestic and rising consumer market of high-end tourism, hotel industry and luxury goods ... Take the yacht industry development for example, Sanya Municipal Government proposes the slogan as “government leads and market operates” the development, radiating from the estuary of Sanya River, focuses and prioritizes the development of the construction projects such as public yacht marina of south sea phoenix plaza and Sanya Visun international yacht marina.

Do you think the Chinese HNWI is taking to the yachting market more than ever before?
It can be said that Visun Group is one of the first enterprises entered into the yacht industry. The statistics made by Sanya Visun international yacht club find that, compared with five years ago, nowadays, more and more people give their attention not only to yacht industry, but also to the diversified demands, which prompts the entire industry to the professional and systematic development. For instance, the previous yacht buyers concentrated only on the selection of well-known yacht brands, while the majority of recent buyers would like to follow their own needs and choose the most suitable yachts; another example is the original Chinese buyers knew nothing of super yachts, however more and more people show their interests towards super yachts and a large number of them starts enjoying the wonderful and spectacular sea travel via renting super yachts.

Meanwhile, all the emerging and luxury consumption patterns in the high-end consumer industry chain such as investment, collection, tourism, education, etc are highly favoured by Chinese HNWIs.

What can we expect from next year's show?
For 2014 Hainan Rendezvous, besides the continuation of previous features, 3 theme pavilions with distinctive style as new highlights will bring more quality experience to the visitors. Furthermore, the sponsor will invite the royal families and members of the aristocracy from several countries to participate in 2014 Hainan Rendezvous. In addition, for the public-spirited activities, the sponsor is actively negotiating with foreign environmental agencies and charitable organizations for cooperation in the aspects of marine protection, personnel training and output, marine cleansing, etc.

Do you have any plans to expand the show and attract more visitors?
Over the years, Hainan Rendezvous has been based on and supported by Sanya Visun yacht club. Under the circumstances that the exhibition space permits, the resource allocation will be optimized with a more reasonable distribution of site planning. Hainan Rendezvous has always emphasized on creating the quality culture in both aspects as the breadth and the depth. Since the first session of Hainan Rendezvous, the scale of the exhibition is extended from originally 1,000m2 to the current 4,000m2, and visitors number is boosted from 5,000 up to over 20,000. As the annual exhibition of noble life style, Hainan Rendezvous bears the responsibility of guiding the correct quality lifestyle and rewriting the noble life style of China. For 2014 Hainan Rendezvous, we will work harder on the depth of the exhibition to provide a more optimized and sophisticated communication platform for brands, consumers, media and distributors which will accelerate the communication and cooperation between various high-end consumer industries of China.

How does the location help HNWIs from other areas across South East Asia?
It is generally known that the geographical location of Sanya is unique with the warm climate of north latitude 18°and is adjacent to Hong Kong, Macao, Taiwan and Southeast Asia. The previous Hainan Rendezvous received visitors from Hong Kong and Macao. Moreover, as the domestically leading exhibition on quality life, the participants not only include the international luxury yacht industry, but also attracts the noble lifestyle manufacturers such as private jet, luxury goods and artistic works which appeals to the HNWIs from neighbouring developed countries and regions as well. In addition, 2014 Hainan Rendezvous has plans to invite the royal families from some of the neighbouring countries to visit the exhibition.