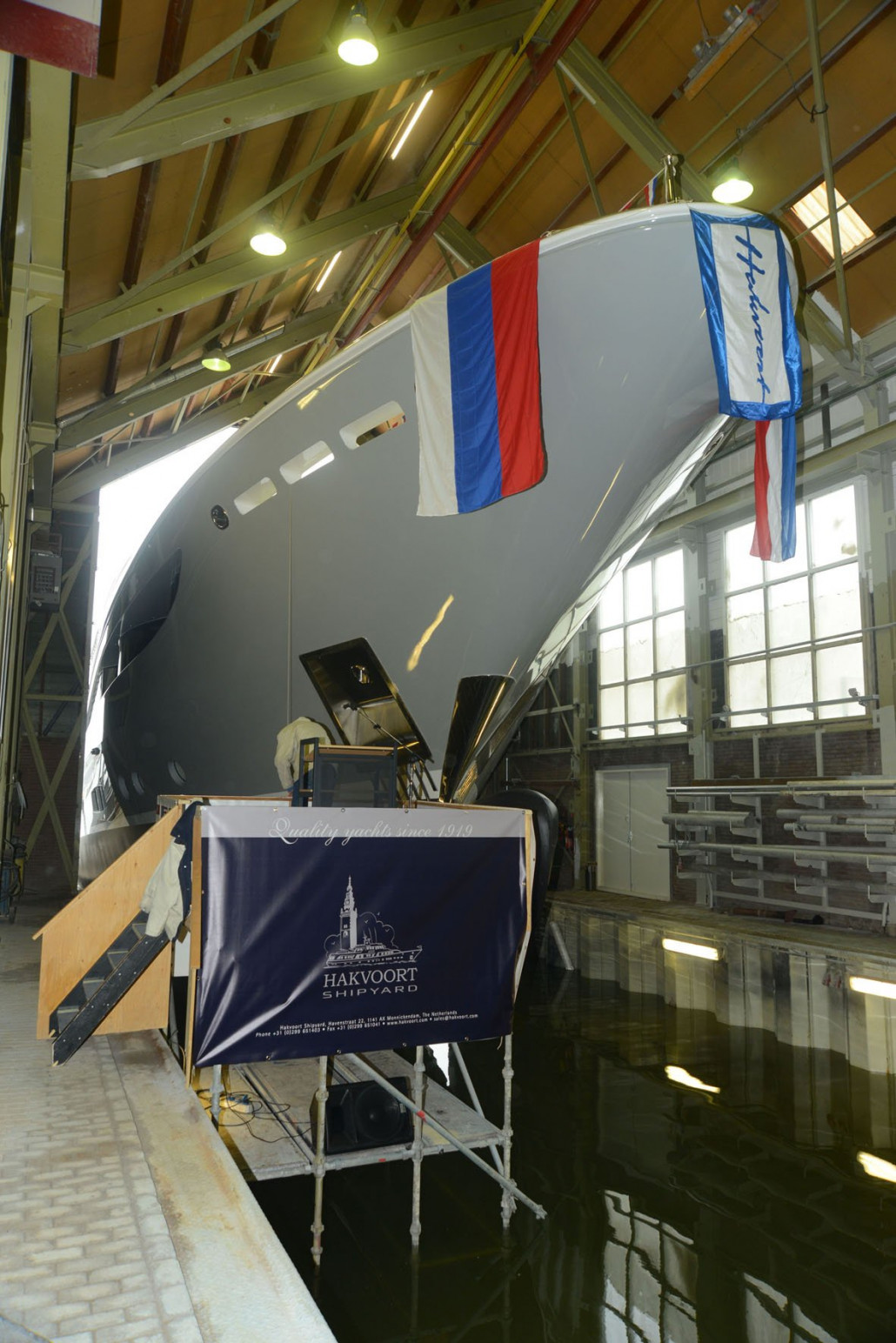 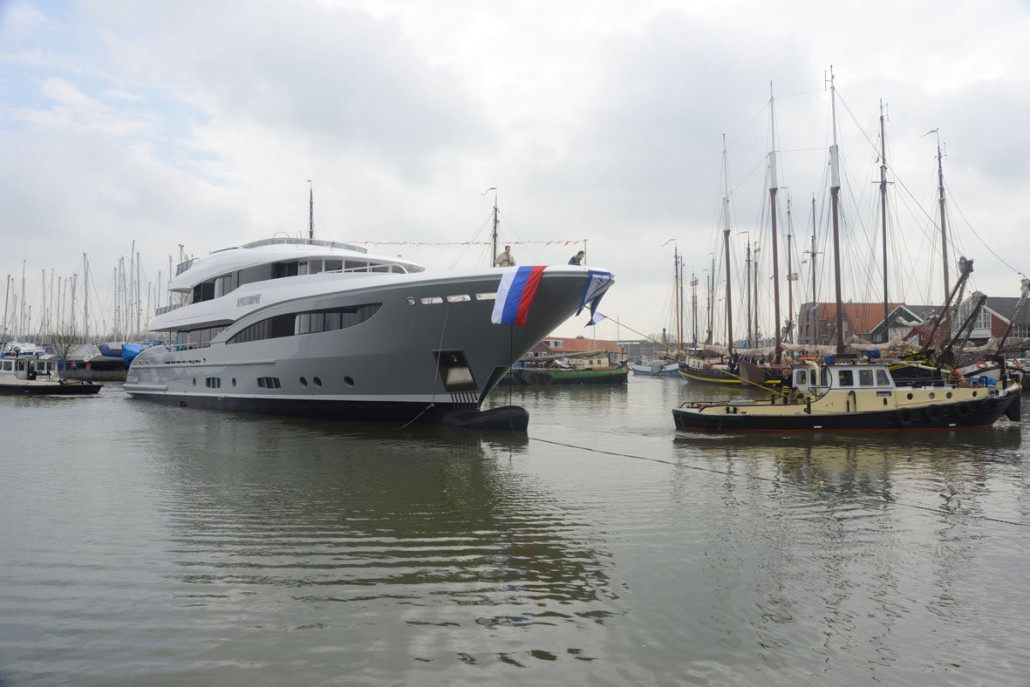 The custom-built superyacht Apostrophe has now launched from the Hakvoort shipyard, marking the impressive culmination of expert exterior and interior design from the boards of Reymond Langton Design, naval architecture by Diana Yacht Design, and exceptional support from Moran Yacht & Ship.

Launched on the 13th April, Apostrophe was blessed by a Russian Orthodox priest in a ceremony which was attended by the owner, his guests and the craftsmen responsible for her construction.

A new client for Hakvoort with a rich experience in boat ownership, the owner decided to make the step up to a fully custom superyacht of premium Dutch quality. At the keel laying ceremony three years ago he had described the project as his ‘baby’ and pledged to push himself to the limit make this one of the best vessels afloat.

“He was certainly true to his word,” explains project manager Alexander Speksnijder. “Every suggestion made by the interior and exterior architects was accepted regardless of cost, and there have been no compromises in any area of the boat. Looking back at the early renderings of the exterior colour scheme and the glass art aspects of the interior, it is extraordinary how Apostrophe has turned out to be everything the owner intended.”

During the launch ceremony, both the yard and the owner spoke openly about how the project had required everyone to pull together in a tough economic climate.

“When we first signed the contract for Apostrophe five years ago we were living in a very different world,” said Klaas Hakvoort, co-director of the family run shipyard that bears his name. “Soon afterwards the recession began to bite and the usually cooperative banks refused to finance the construction. The owner’s business was also facing challenges and, together with the brokers Moran Yacht and Ship, whose contribution has been way beyond the norm, we came up with a unique solution. The fact that Apostrophe has already so successfully battled her first storm makes us all the more proud that she is one of the finest yachts ever launched by Hakvoort.”

The modern design by Reymond Langton features coloured tones, black windows and a striking grey hull, with contrast being offered by the gleaming white superstructure. A wealth of complex shapes in the profile combine with long-running lines from bow to stern to create a unique look. The curved windows in the owner’s area on the main deck are very special and mirrored in the sky lounge above. Taken as a whole, all these aspects make Apostrophe look significantly longer than 40 metres.

“Apostrophe confirms that there is no limit to what Hakvoort can create,” concludes project manager Alexander Speksnijder. “Despite the incredible complexity of both the exterior shaping and the interior décor, this sophisticated and challenging project has been finished to perfection.”