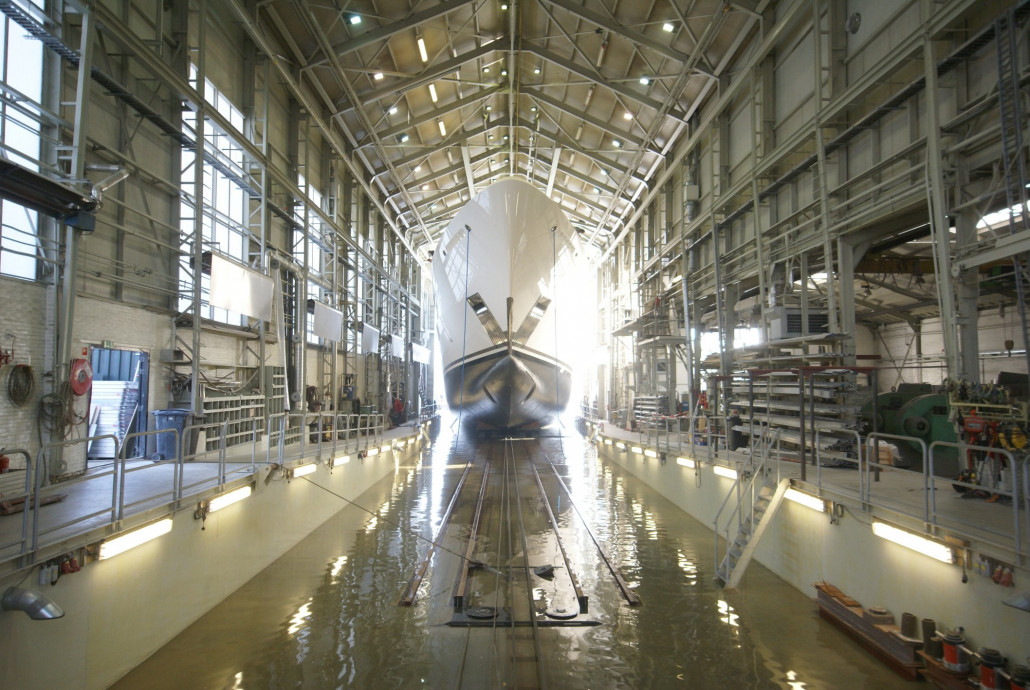 The vessel's name was revealed during her launch at Hakvoort’s impressive Havenstraat facility, which was expanded in 2012 to include a new dry dock.

Featuring a carefully considered balance of indoor and outdoor spaces, with an exterior and interior by Sinot Yacht Design, one of Just J's most striking assets is the views afforded from the private owner’s deck as well as the VIP stateroom and guest suites on the main deck.

The main deck is also home to a large dining room and lounge, with the owners’ accommodation housed on a dedicated private deck above. This extra deck comprises the master stateroom forward with large skylight, two bathrooms, a master study and a bar with sky lounge.

Above is the bridge deck with wheelhouse and a range of facilities for the captain, with the rest of the crew accommodated in seven crew cabins forward, while there are two additional guest cabins on the lower deck.

Also on the lower deck are a gym in the spacious lazarette, while a large tender and four jetski’s can be launched from both port and starboard. There is also a sun deck with a swimming pool.