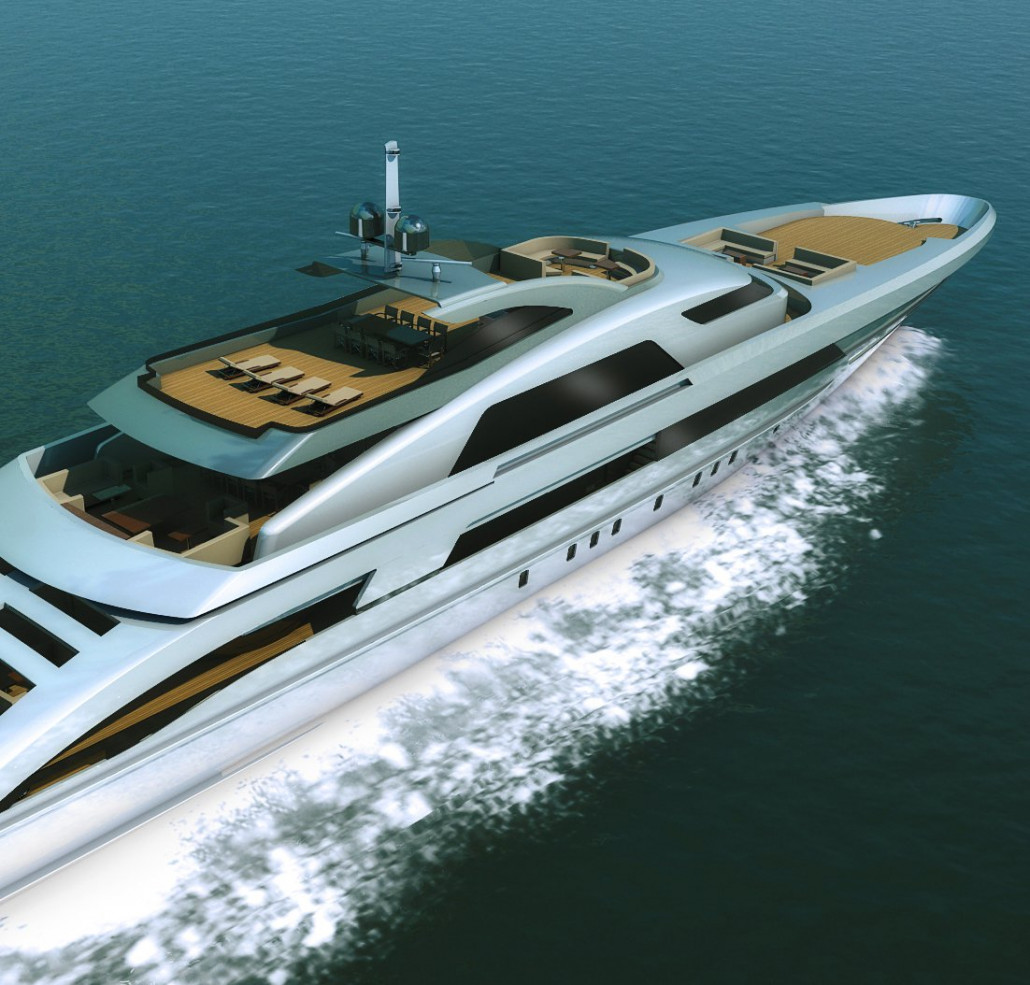 Tank tests have shown that in comparison with traditional hard chine and rounded bilge hulls, the FDHF improves the efficiency of the yacht by around 30%.The Heesen 6500 FDHF features a slender and specially constructed form, which results in a very low wave profile over the entire speed range whilst also increasing sea-keeping and manoeuvrability.

A result of the new hull form is the reduced cost of running the yacht, while also lowering its environmental impact in terms of engine emissions.

Dutch designer Frank Laupman designed the exterior of the new 65m FDHF superyacht. Heesen has also asked a number of other leading international designers to produce an alternative proposal for the exterior styling.

The Omega Architects design presents an image of definitive Heesen styling, featuring a sleek, aggressive matched with a top speed of 27 knots.

Notable design features include a touch-and-go helipad forward and a semi-shaded area surrounding the swimming pool on the main deck. On the lower deck, a vast beach club area holds a bar, sauna and hammam. Another key feature is the stylish transom platform, which opens as a side balcony from the hull to port side.

Heesen Yachts has announced they will present the innovative 65-metre superyacht design on September 22nd 2010 at the Monaco Yacht Show.