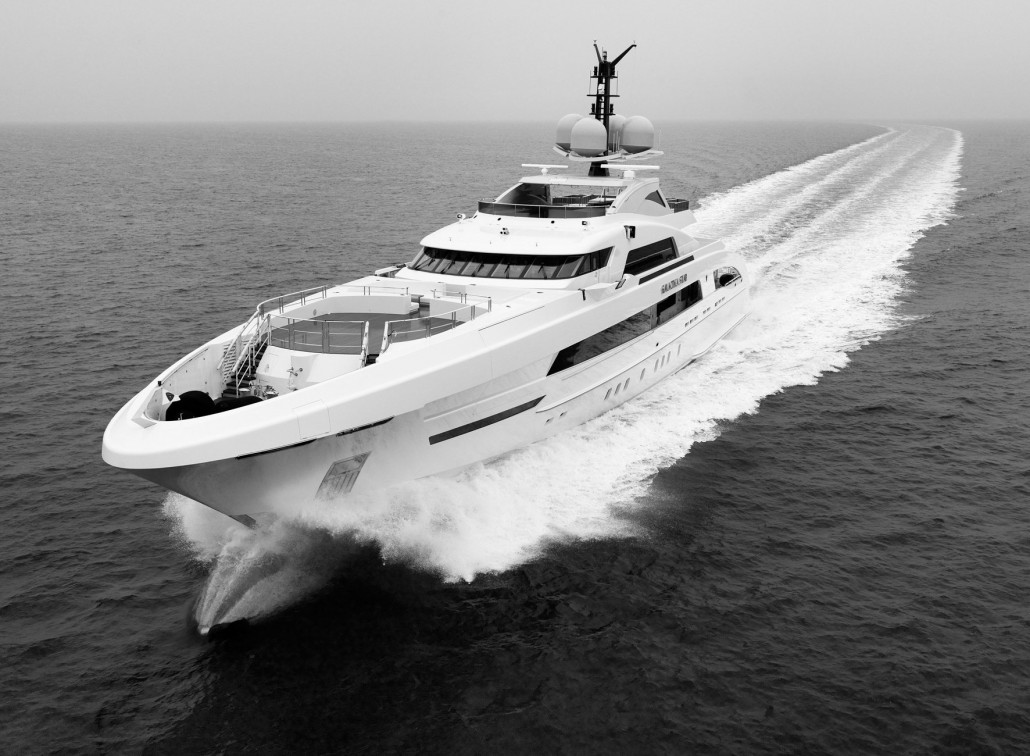 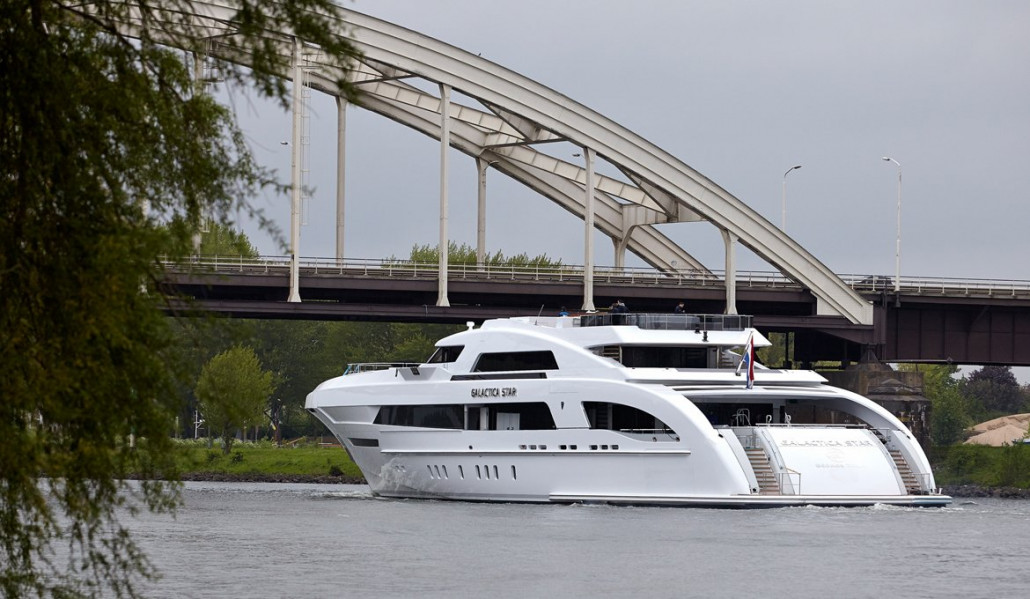 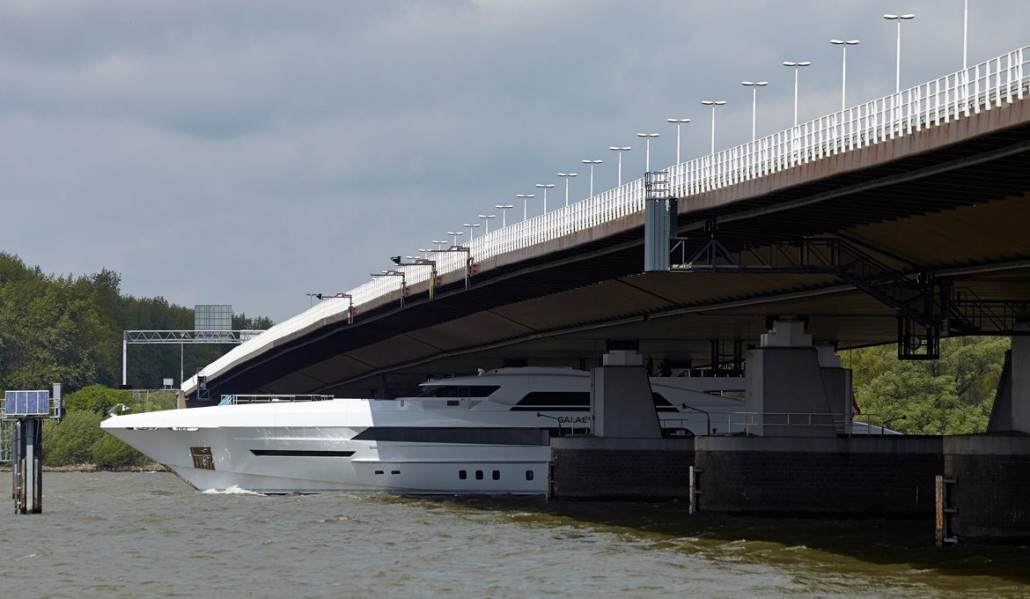 The high tech vessel left Heesens Yacht's facility based in Oss on Saturday 11th May and sailed approximately 150 kilometres along the the Maas river to Merwehaven (Rotterdam harbour). She had to pass under a total of nine bridges en-route, some of them with extremely small clearances such as Keizersveerbrug where the gap between the top of the yacht and the bridge was a mere 40 centimetres. On Monday 13th May, her mast which had been transported by barge and included her navigation and communication equipment was installed.

The actual sea trials took place during Wednesday 15th and Thursday 16th May in typical North Sea conditions amid wind force oscillating from 4-5 Beaufort, waves up to a metre and twenty centimetres in height and an average air temperature of 11 degrees Celsius. Galactica Star exceeded the top speed demanded by contract (27 knots) and reached a remarkable average top speed (at half load) of 28.8 knots. Thanks to her revolutionary Fast Displacement Hull Form which was jointly developed with Van Oossanen Naval Architects (in combination with two MTU 20V4000M93L engines each developing 4.300kW at 2.100 rpm) and Heesen’s expertise in weight reduction, this stunning result was made possible.

Galactica star performed well in a seaway, moving very smoothly through the water and proved to be extremely manoeuvrable. When at high speeds, in comparison with traditional semi-displacement hulls, Galactica Star has a smaller stern wave which demonstrates that her motion through the water creates remarkably low resistance in accordance with the predictions of her designers. Guests’ comfort while on board is further guaranteed by a total of five Sea Keeper gyro stabilizers. Up to twelve guests can enjoy Galactica Star’s design and notable luxury features which include a duplex beach club (located aft on the main and lower decks) with a 10 square metre side balcony (on the port side) and an impressive 22 square metre swimming platform. Situated on the lower deck of the duplex beach club are a sauna, hammam, shower room and day head as well as a fully equipped bar. Another feature of note is the beautiful glass bottom of the swimming pool located on the main deck which allows the natural sunlight to glimmer through the water and to the bar area beneath. On the fore-deck, a large sunbathing area can be transformed at will into a touch-and-go helicopter deck. The tender garages featuring gull-wing doors can also be found beneath the fore deck.

Heesen Yachts is the first shipyard to build a yacht which features this innovative hull configuration and uses aluminium for both hull and superstructure. This revolutionary Fast Displacement hull configuration is the perfect platform for creating a new generation of luxury yachts in which increased performance and reduced environmental impact begin with the hull design.

Galactica Star has been scheduled for delivery by the end of June 2013.