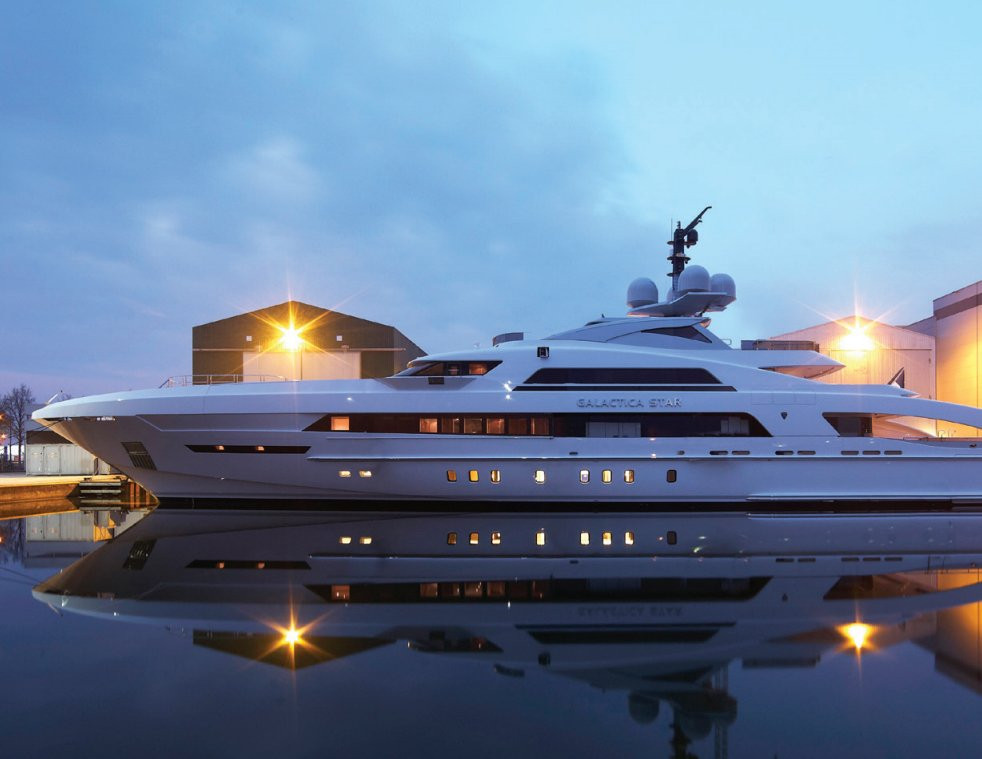 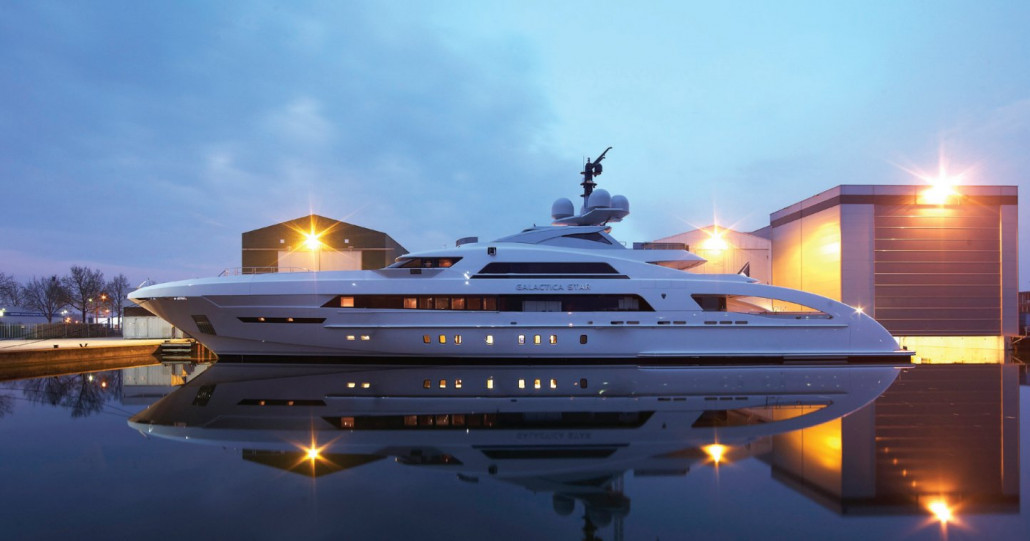 The concept was presented to the yachting community in September 2010 at the Monaco Yacht Club and the contract for the construction of the ﬁrst 65 metre FDHF was signed just one month later, in October 2010. Construction took place at the Heesen facility in Oss where the laying of the keel was marked with an official ceremony in February 2011.

This provides a very positive impact on the cost of running the yacht, as well as lowering the environmental footprint due to reduced engine emissions. When combined with Heesen’s acknowledged weight reduction expertise and a pair of MTU 20V4000M93L engines (each developing 4.300kW at 2.100 rpm) Galactica Star will be able to deliver her excellent top speed of 27 knots as well as a very economical fuel burn and a particularly long range of 4.200Nm at 14 knots.

Award-winning designers have been appointed by the Owners for this very special project: Frank Laupman at Omega Architects is responsible for the streamlined and elegant exterior lines, while Bannenberg and Rowell Design have created the sophisticated interior that perfectly complements such a dynamic and sleek exterior design.

Galactica Star is due to leave the Heesen facility in Oss for intensive sea trials in the North Sea. Delivery to her Owners is scheduled for June 2013.