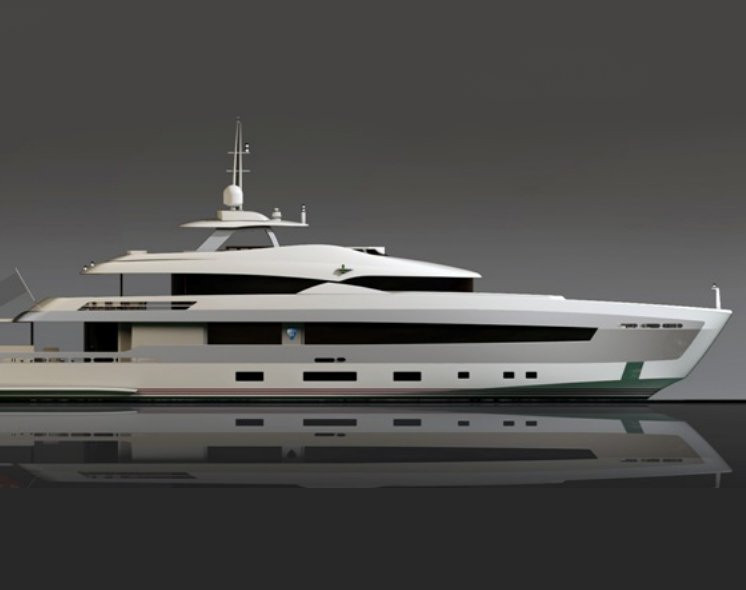 Heesen Yachts has proudly announced the successful sale of project YN 17042, the first motor yacht to be equipped with Hull Vane, even before the innovation was officially presented to the yachting community.

Created by Piet van Oossanen from van Oossanen Naval Architects, Hull Vane is a foil fitted below the hull that reduces resistance through the water by up to 24% at maximum speed, achieving an average reduction in drag of nearly 18% over the entire speed range. In addition, Hull Vane also reduces the motion and acceleration of the yacht in heavy seas due to the damping effect of the foil below the hull.

When the bow pitches upwards on a wave the foil produces an opposing upward force at the stern, and vice versa. The result, essentially, is a much more comfortable motion during heavy waves.

At a design displacement of 350 tones, project YN 17042 will achieve 15.9 knots with 2x 1080kW of push from the engines whilst maintaining a cruising speed of 12 knots at correspondingly low fuel consumption rates.

The exterior design of this 42m motor yacht has been designed by Frank Laupman of Omega Architects. Laupman created a new bow design that combines a lower hull profile and matching sea keeping behaviour with a relatively short overall length, because of characteristic ‘knuckle’ at half height of the bow.

Big windows of continuous glass further enhance the guests’ proximity to the ocean. Twelve guests sleep in six cabins; the owners have two suites; one positioned on the upper deck aft, which includes a gym; the second is traditionally located on the main deck fore and has a balcony on the starboard side, a studio and a large walk-in closet. The guest area on the lower deck features two twins and two double cabins all with private ensuite bathrooms.