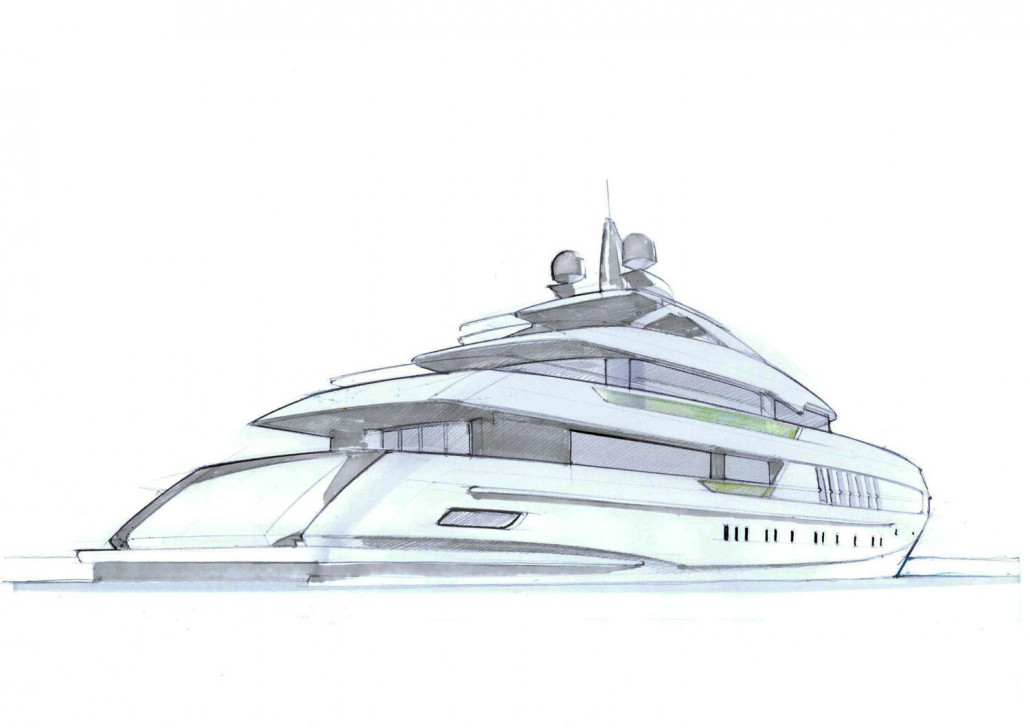 On September 19 in the Principality of Monaco, Heesen directors Fabio Ermetto and Hans Boerakker, together with Piet and Perry van Oossanen from Van Oossanen Naval Architects and Frank Laupman from Omega Architects gathered at the Yacht Club de Monaco to present the new Heesen range to the yachting community.

Fabio Ermetto, Director of Sales and Marketing said: “Heesen is moving in a new direction. In fact, four new directions. And in doing so, we want to ensure that different means better. Our four concepts have advantages over every other yacht built at their size: 65, 55, 45 and 42 metres. New considerations are becoming a priority and innovative technology is required. Working with the most radical thinkers, these four yacht forms were developed to overcome seemingly opposing attributes: to go faster but use less fuel, to increase range and speed, to increase performance but reduce environmental impact, to enable uncompromised interior design without compromising performance.”

The 65m FDHF Project Omnia was presented in 2010 at the YCM and - right after - it was sold to a Heesen repeat client. Researched by the world’s leading maritime engineers, the 65’s revolutionary fast displacement hull is the most efficient yet tested. This yacht has the highest power to weight ratio of any comparable yacht. Efficiency is the most important element for yachts of the future, for the very simple reason that it delivers something utterly remarkable: higher performance and lower running costs. The delivery of the largest Heesen to date is slated for June 2013.

The 55m FDHF is the world’s first steel yacht over 50 metres with a fast displacement hull. She is the most fuel efficient yacht of her size and style available on the market. With an impressive sundeck of 110 square metres and a forward touch-and-go helipad of 70 square metres, she offers a wide range of choices in her layout.

The Heesen 45m is the only big sports yacht built in Holland, boasting Dutch quality, an aluminium hull and power that can deliver 30 knots. A staggering feat of naval architecture: 40 metres of deck space, 30 metres of interior space in a yacht of 45 metres overall. The Heesen 45m is the perfect combination of both power and style.

The 42m FDHF equipped with Hull Vane is the most dramatic advance in yachting: The first yacht that harnesses waves to produce power. Thanks to a special underwater wing developed by Van Oossanen Naval Architects, her efficiency is increased by an astonishing 35 per cent for speeds up to 15,9 knots. Cruising speed fuel consumption is reduced by 30 per cent and she has a 4.000 mile range – the longest of any 40 metre yacht. Reduced emissions means reduced environmental impact. The first Heesen 42m with Hull Vane was sold last May and is due for delivery in 2014.

The presentation of the three new models and the update on the revolutionary 65m FDHF shows that Heesen is a shipyard that is in continuous quest for smarter innovation: forward thinking for a better future in yachting.

Heesen’s order book consists of 10 yachts currently in commission with deliveries that run until 2015, 60 per cent of which are made out of aluminium, confirming that construction with this noble metal continues to represent the core business of this Dutch shipyard.