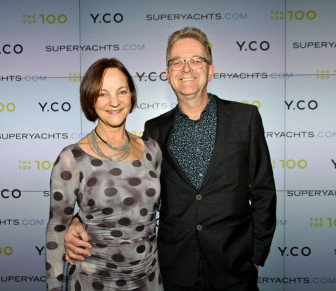 Henk de Vries on The Largest Yacht Built in the Netherlands

Before Dream, the 32nd largest superyacht in the world, was launched at the Feadship Makkum facilities alongside the brand-new F45 Blue Sky just days before, Henk de Vries joined us in London to discuss the projects and the future of Feadship.

Whilst we’re positive more details and images surrounding Dream will be emerging in time, Superyachts.com managed to catch up with CEO of Feadship, Henk de Vries, in London to discuss the 32nd largest yacht in the world.

Feadship has started 2013 by launching their largest yacht to date, which is still being closely guarded until her delivery in the Spring, and the new F45 superyacht Blue Sky which is the first Western-built superyacht for an owner in Mainland China; a step which marks Feadship's move away from semi-custom and on to the route of dedicated custom construction.

When discussing the future of the industry and what exciting new developments we can expect from Feadship, Henk de Vries mentioned; “Only last week I had a conversation with somebody about the crisis, and we both concluded that the crisis is over. There is a new economic situation in our business and this is it, so you better live with this.”