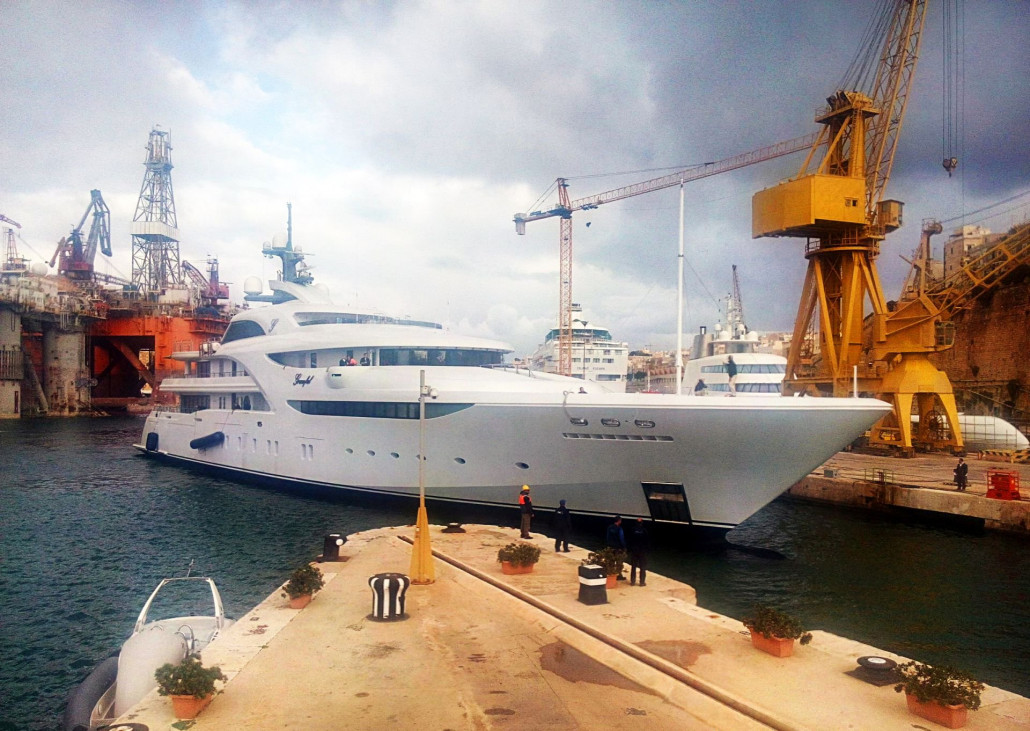 The Palumbo Superyacht Yard in Malta has been graced by the presence of two prestigious superyachts in recent weeks – further evidence that the facility is considered one of Europe’s most popular choices for yacht service and repair work.

First up, the 119-metre motoryacht “A” chose Palumbo to perform its winter works this year, with her imposing reverse bow, striking superstructure and unmistakeable profile a real head-turner on the side of the Maltese dock.

Launched by German shipyard Blohm + Voss in 2008, “A” is considered one of the most innovative superyachts to have hit the oceans in recent years thanks to her avant garde design from the drawing board of legendary French designer Philippe Starck.

Whilst in the shipyard, motoryacht “A” will undergo scaffolding and protection of the entire yacht, plus a respray and other routine jobs.

Also joining her in Malta has been the iconic sailing yacht “Maltese Falcon”, launched by Perini Navi in 2006. With her 10 year Lloyds survey due, specialists at Palumbo are fully engaged in the various jobs and needed to satisfy the registry requirements.

Built in 2006, the 88-metre yacht is renowned for her innovative rig, sleek lines, and sumptuous interior.

Founded in Naples, Italy in 1967, Palumbo Group today has an extensive network of refit and service centres throughout the Mediterranean.