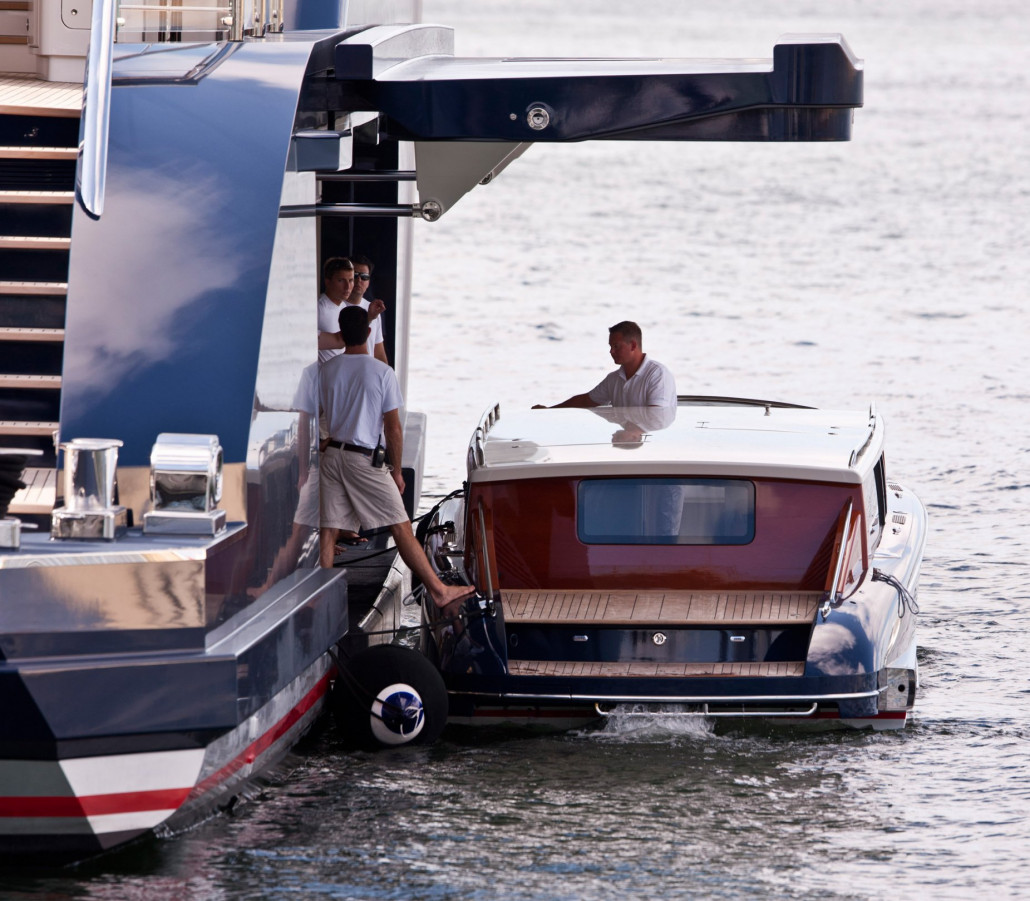 US shipyard Hodgdon Yachts’s 2011 fleet of tenders combine style and function to offer yacht owners the ideal accompaniment to their mothership.

In collaboration with Michael Peters Yacht Design, Hodgdon has launched a series of artful tenders that are billed as bringing chauffeured car and private aircraft standards to the yacht tender market.

Amongst the new releases this year is the 10.5-metre Limo Tender, which offers sports car handling and speeds of over 30 knots, even when loaded.

The tender carries up to 12 guests in luxurious leather seating and boasts all of the amenities one would expect in a chauffeured motor car coach, including a high definition entertainment system, a refreshment station and climate control.

Other features include side windows which power down to reveal boarding access both port and starboard. The full salon hardtop rises hydraulically to allow full height headroom for ease of boarding and 360 degree ventilation and standing visibility even whilst in motion.

Hodgdon state that handling for the crew in loading and unloading is “efficient and safe” with robust built-in pick up points strategically located to match the mothership’s gear.

Boasting nearly two centuries of experience, Hodgdon is a US leader in high tech composite construction as well as specialising in both traditional and modern interiors.