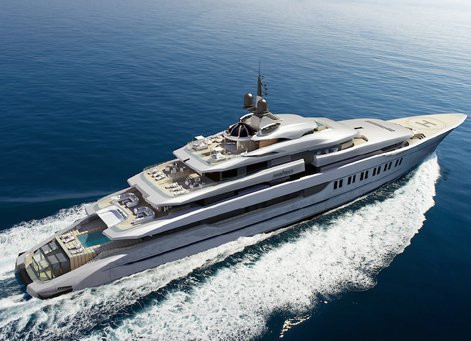 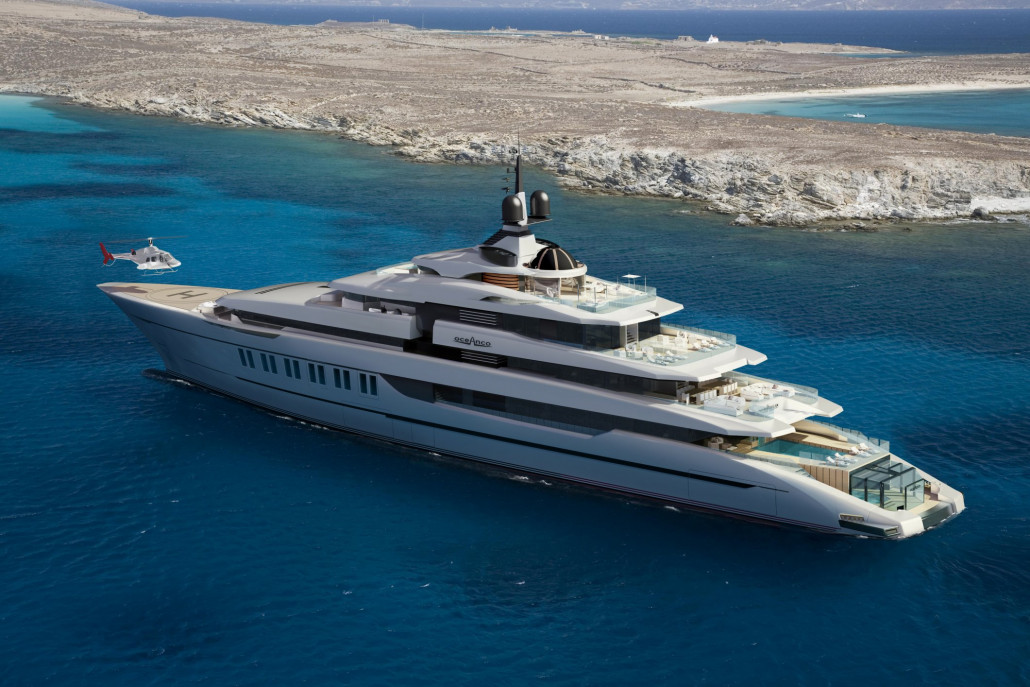 Based on the reputable Oceanco hull platform, M/Y Primadonna features generous dimensions, with its lines designed to “express a visual sense of lightness, underlined by darkened glazing at each deck level”.

The stern area is low and sleek while a beach area has been developed around a swimming pool on the aft main deck with a cascade waterfall that spills over the end wall into a whirlpool on the aft lower deck.

Guests can access the sea from the pool area by using a symmetrical staircase covered with teak panelling. Under the main deck pool area is the spa area/beach club that opens up on the two sides, enabling guests to enjoy easy access to the sea.

The upper deck and owner’s deck are visually linked by bold external arches which create the impression of two deck levels being one, as well as providing the owner’s suite with abundant natural light.

Other notable features include a touch-and-go helipad on the upper deck bow area, a lounge and bar area with panoramic views and an open gym area.

According to its creators, Primadonna can accommodate up to 18 guests and 40 crew and is capable of a maximum speed of around 18.5 knots

A miniature scale model of Primadonna will be on display at the Monaco Yacht Show in September, where further details about the concept will also be revealed.