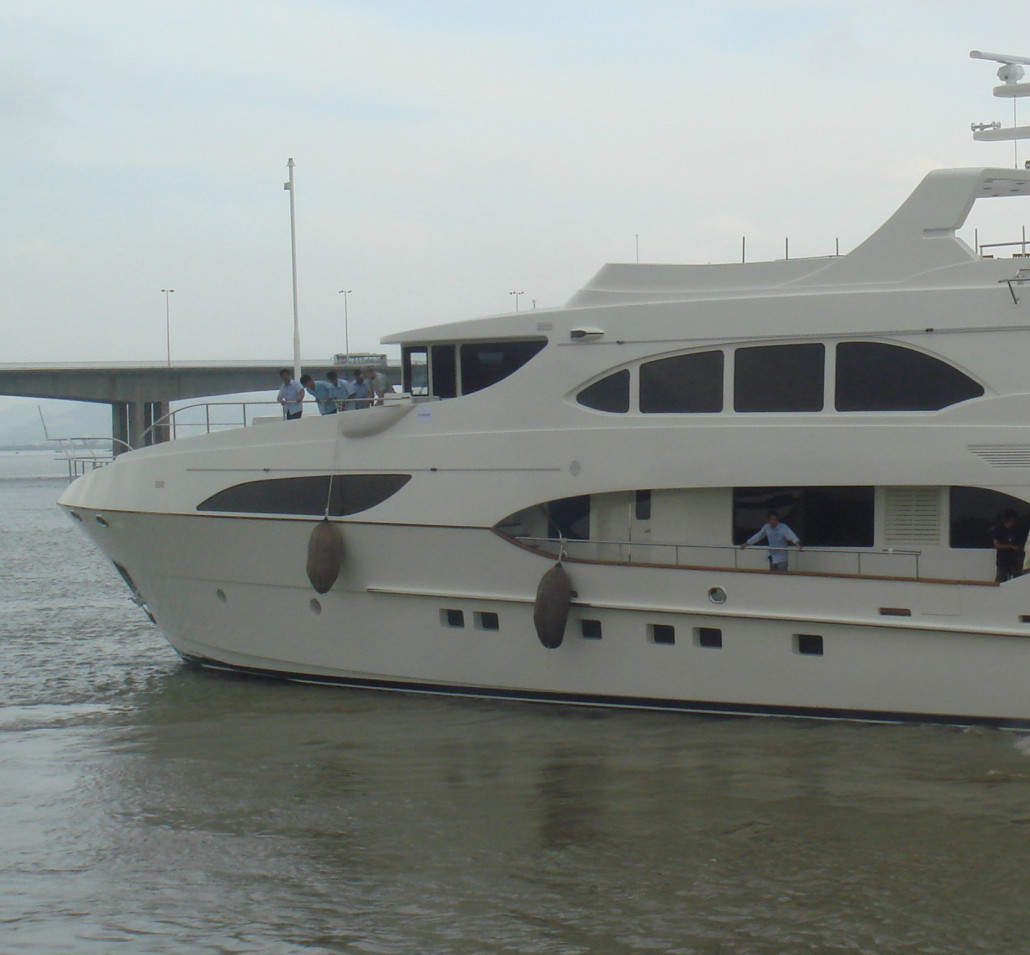 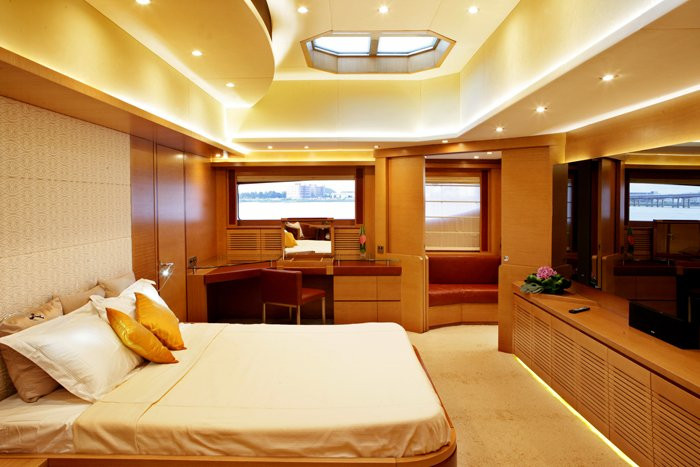 Chinese shipyard IAG Yachts have launched their first superyacht, Primadonna, ready for her journey from the USA for the Fort Lauderdale International Boat Show.

Founded in 2005 by Michael and Bernard Chang, IAG Yachts is a flourishing modern shipyard that has recently released the 38.8m Superyacht Primadonna. Production began on the sleek and stylish yacht two years ago with the IAG127’ model, a tri-deck motor yacht able to accommodate 12 guests with 9 crew, while still providing huge salons and recreational spaces, a stunning feat for a yacht of her size.

Due to her design by IAG, the IAG127 model is flexible enough to allow open customization to an individuals taste for private use. Given full checks by RINA, Superyacht Primadonna has achieved a highest-class notation.

Primadonna is powered through two Caterpillar C32 Acert main engines, capable of achieving a top speed of 17 knots at maximum output and a cruising speed of 14 knots with a range of 3,000nm at an economical speed of 10 knots.

Her exterior design features include large windows surrounding the yacht and a large swim platform with hydraulic access to a spacious garage alongside wide decks throughout. Her sun deck is generously laid out with a Jacuzzi, sun pads, bar, sofa and a large al-fresco dining table.

Primadonna’s interior styling was designed by Italian company YD&AS, using a sophisticated pallet of materials and colours with light being the main inspiration. She comes fully equipped with state-of-the-art entertainment systems alongside a central movie server which supplies each cabin with full home entertainment. During her construction, a large amount of effort was placed into noise and vibration reduction in order to enhance an already luxurious and comfortable cruise.

Shortly after the launch of their first IAG127, construction of the fourth hull has already commenced with plans for the new 30m IAG100 model coming together for the future. Superyacht Primadonna will be featuring at this years Fort Lauderdale International Boat Show from October 28th – November 1st.