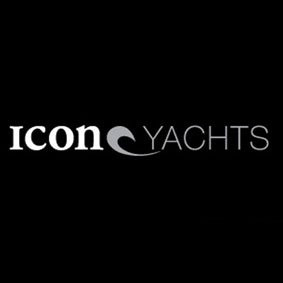 Soon after the launch of the superyacht Florida, Icon Yachts B.V. have released a statement announcing that Wim Koersvelt has stepped down from his position as Managing Director.

Icon Yachts B.V. have issued statements on recent managerial changes, stating: “With the completion of Project Florida coming nearer, Icon Yachts BV is ending the pioneer phase and will now consolidate the internal organisation and build further on the platform philosophy. For this new phase, Wim Koersvelt, who stood at Icon Yachts’ cradle, has relinquished his day-to-day involvement to the management team, but will continue in an advisory capacity ... New Project Development becomes the responsibility of Stephan Vitus."

The new Managing Director has been named as Jen Wartena, the co-director of the initial phase in the position of General Manager. Wartena studied at the Delft Technical University and began his career at a commercial ship builder in Netherland’s Northern Province Groningen. It was through this that his talents became recognised, Jen was then given the opportunity and freedom to organise the construction of a series of tankers in a non-traditional manner.

Jen worked from 2000 through 2004 at one of Holland’s leading yacht builders, where he was responsible for improving operational and production management procedures. Jen and Wim are passionate about their chosen profession and are motivated to make Icon Yachts a new industry leader.

Located in the Netherlands, Icon Yachts shipyard was founded in 2005 with the motive to build ultimate luxury yachts according to the exacting demands of yacht owners and buyers. Icon Yachts is dedicated to building yachts based on a predetermined technical platform, of the highest quality and standards.