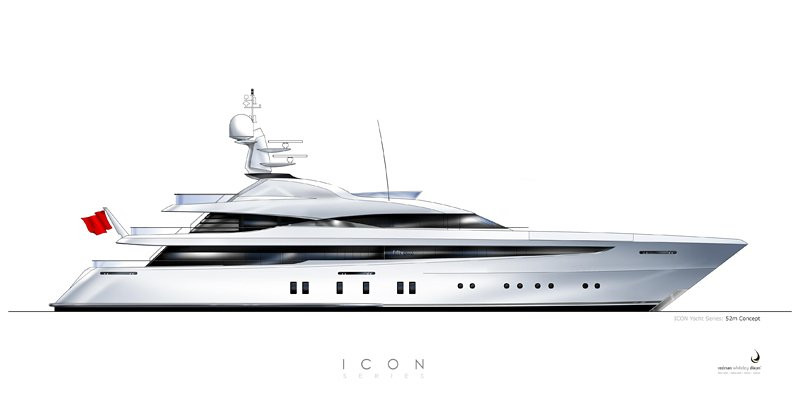 The renowned Middle Eastern Abu manufacturer, Gulf Craft, and Icon Yachts, centred in Holland, have announced a collaboration to build a new 52 metre superyacht at the 2010 Abu Dhabi Yacht Show which is estimated to reach around 30 million euro’s.

The collaboration will be announced at a news conference at the Abu Dhabi Yacht Show this week, held at the beautiful Yas Marina. The two companies have stated that the yacht will be a combination of Gulf Crafts expertise in composite yacht manufacturing and Icon’s supreme steel engineering and construction methods.

Gulf Craft are the largest and most respected Fibre Glass Manufacturer in the region who are celebrating their 10th anniversary this year in conjunction with the 2nd influential yacht show which has seen a major increase in footfall and exhibitor presence since last year.

Group Director of the Informa Yacht Group, the organisers of the prestigious event, Franck Dailles expects more than 10,000 visitors and 140 exhibitors.

Nasser Alshaali, the CEO of Gulf Craft said that the possibility of a new 52 metre yacht will mean customers will be able to “maintain their relationship with Gulf Craft” The UAE Industry professionals were the first yard to produce superyachts in the region with the magnificent Majesty line, also placed proudly on show this week.

The plans for the yacht involve being ready for unveiling at the 2012 Monaco yacht show, but have stated that they will not build without necessary demand from the right customer.

Wim Koersvelt, founder and Chairman of Icon stated "The major engineering element of the superyacht will be done in Holland, while the external structure will be built in the UAE," the plans will also be to make the yacht 20 percent cheaper than the competition.

"ICON Yachts is looking to the future with the collaboration of Gulf Craft in the construction of this new yacht, which will feature a revolutionary new modular building technique pioneered by ICON Yachts," Wim Koersvelt also commented.

Gulf Craft has seen a large increase in superyacht sales and are maintaining steady construction with a strong export rate of 70% to global markets.

The Abu Dhabi Yacht Show is currently preparing to release a host of vital industry, sale, charter and design information upon the press and public with Superyachts.com will be reporting live from the exhibition.