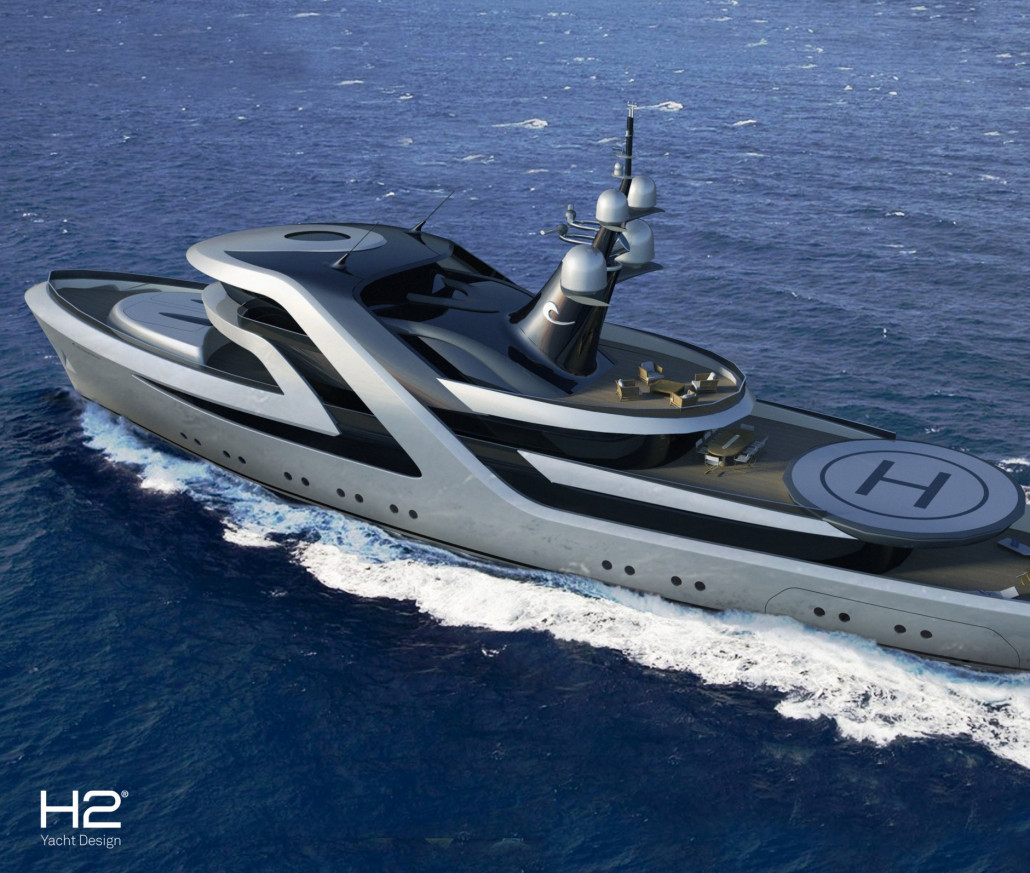 H2 Yacht Design has entered into the third phase of Icon Yachts’ Design Challenge to create a new interpretation of the 59m superyacht conversion of the HR MS Blommendal.

HR MS Blommendal is a 59m survey vessel built by Amels in 1973 for the Dutch Maritime Institution. The ship is one of a whole series retiring from service and becoming available for conversion, so Dutch superyacht builder ICON has asked four design studios (Dixon Yacht Design, Ivan Erdevivki, H2 Yacht Design and Newcruise) to plan this old yacht’s retirement.

H2 Yacht Design, the British design firm which has been involved in many refits over the years, approached the challenge as a communal exercise. “I thought it a great opportunity to offer members of the H2 team the chance to create various ideas,” says Design Director Jonny Horsfield. “My favourite ideas were developed and I suggested Icon select the design they felt best met their brief. What has been chosen is certainly the most creative design and I think it displays H2’s ability and desire to push the envelope in the hope of capturing the imagination of a client looking for something different.”

“I wanted to produce a design with a strong graphic identity,” adds Jonny. “The angled bridge windows have been repeated on the forward superstructure giving the styling its distinctive design direction.”

The classic design features a full beam owner’s stateroom with panoramic views, en-suite guest cabins, plenty of lounges and entertaining areas. The outside space, spread over four decks, is large enough to accommodate a 10m tender, spa pool or a swimming pool and helipad.

“Our design will challenge some as I appreciate the styling is not a predictable solution and will not be to everyone’s taste. However there is something refreshing about being overtly different and approaching the solution from a fresh angle. I can only hope that this attracts the type of owner who is as passionate as we are about yacht design and who might be inspired by this contemporary concept.”

The winner between H2 Yacht Design, Dixon Yacht Design, Ivan Erdevicki and Newcruise will be announced at the Antibes Yacht Show, running from the 18th - 21th April.