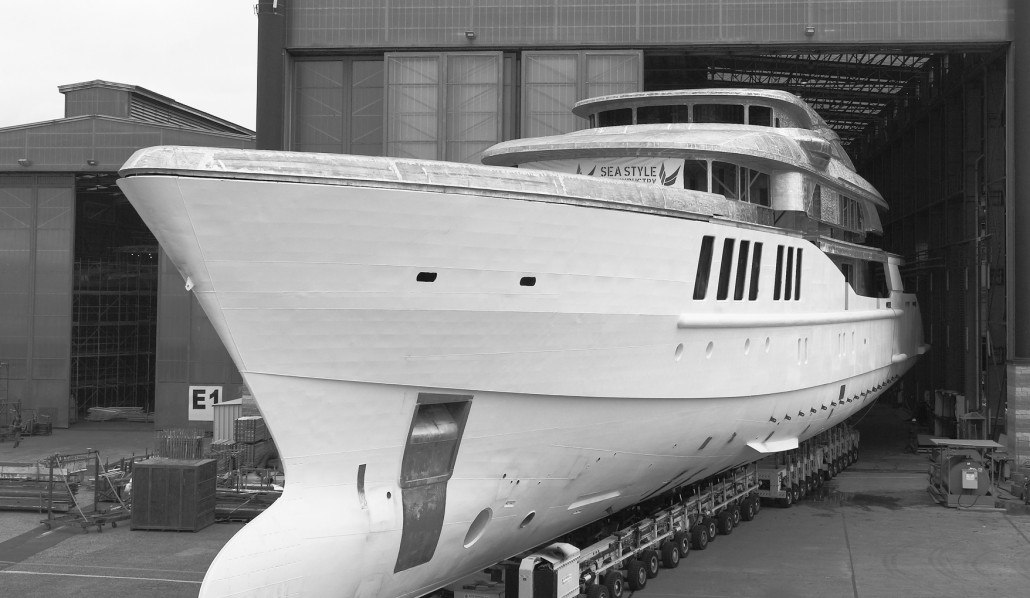 From the recent sale of Skyfall to the speculation around Spectre; TWW Yachts has made their mark on the industry since appearing as a new name with experienced hands just 2 short years ago. With global expansion and an exciting delivery on the way, we couldn’t wait until MYS to catch up with Managing Partner, Peter Thompson...

Sitting down to discuss the ever-apparent American market and view from their office in Monaco, Peter's knowledge radiates warmth and modesty. Hailing 30 years’ experience, he began, speaking about the brokerage's latest project.

“The VSY 64 is due for delivery in Feburary 2019 now as there have been some radical changes! They’ve changed the profile by putting pods on the side of the owner’s suite. The owner is also very focused on diving so the dive center was a big project to get designed too. She’s going to be pretty splendid.”

One thing we have seen, are the interior renderings, and with a studio new to the industry taking it into their hands, Peter stressed its quality; “Franck Darnet’s done a fantastic job of the interior, he’s fairly untested in large yachts, but a pleasure to work with… Stand by as we’ve got a couple of new designs on the table from him: an 80m and a 100m!”

It’s clear that in new designs and therefore new builds, TWW is well versed. “There’s certainly activity in the American sector” Peter continues, “the slight problem is the value of the dollar – it’s great if you’re going to buy a 30m as they have a liberal supply of those in America, but for new constructions, the main builders of very large yachts are now European so they’re priced in Euros. It’s a psychological barrier.”

The recent sale of their CA, Skyfall, only confirms this demand for 30m+ superyachts in turnkey condition. “I don’t think there’s much on the market. Trinity is unlikely to build anymore at the moment but they had a very large client base and they were ideal for the US market,” Peter confirmed.

So, the American Market is indeed booming, but the inventory on offer isn’t satisfying standards; “Now the clients don’t have a choice if they want to get into yachting and it’s over 30m it’s going to be a European build. The Euro price of yachting is now the deciding factor.”

Further, we spoke about how TWW deals with this newfound global demand. Quite simply, Peter responded, “There aren’t enough hours in the day! We never expected to grow so quickly. We’ve got some interesting people knocking at the door so I’m delighted by that but we have to deal with it very carefully...our ethos is not to be the biggest but to be the best!"

Finally, I had to ask about secretive project Spectre; with the same owner selling Skyfall just last week, it was another indication that the in-construction Benetti was nearing ever-closer to launch and who better to ask about it… “We’ll I’ve always been close with the owner building this yacht and everything he’s done over 50m’s for the last 14 years,” closed Peter. Without giving anything else away, for now!

"We’re growing at a rate we’re finding quite surprising; and we’ve got some interesting people knocking at the door to come and find us so I’m delighted by that but we have to deal with it very carefully..."

"We’re growing at a rate we’re finding quite surprising; and we’ve got some interesting people knocking at the door to come and find us so I’m delighted by that but we have to deal with it very carefully..."