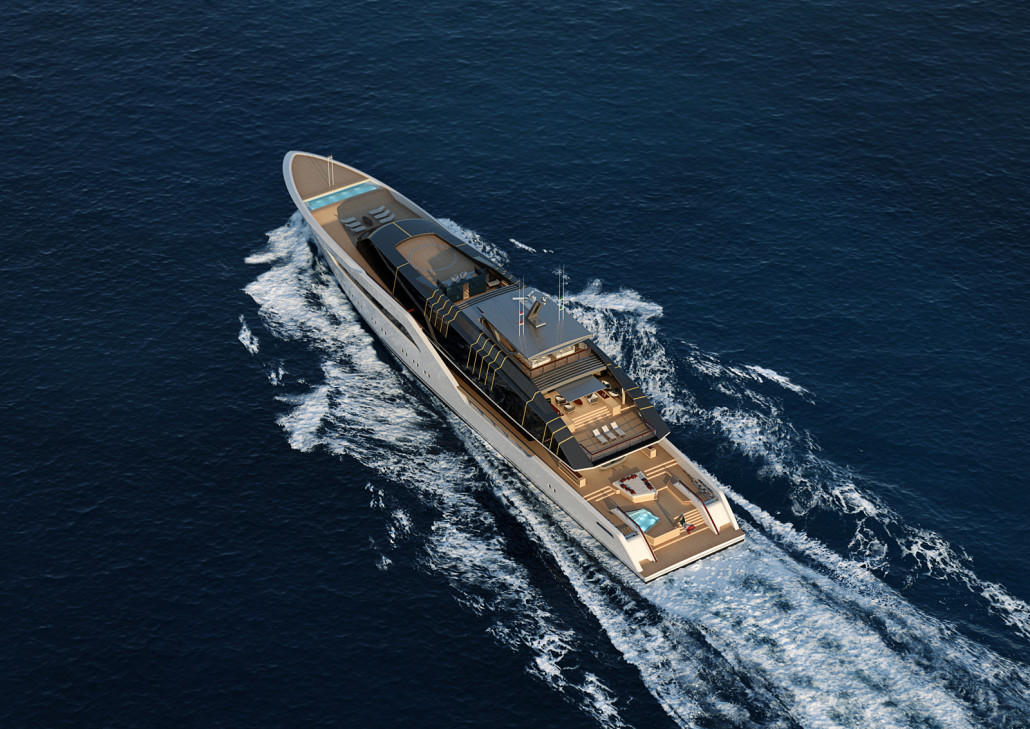 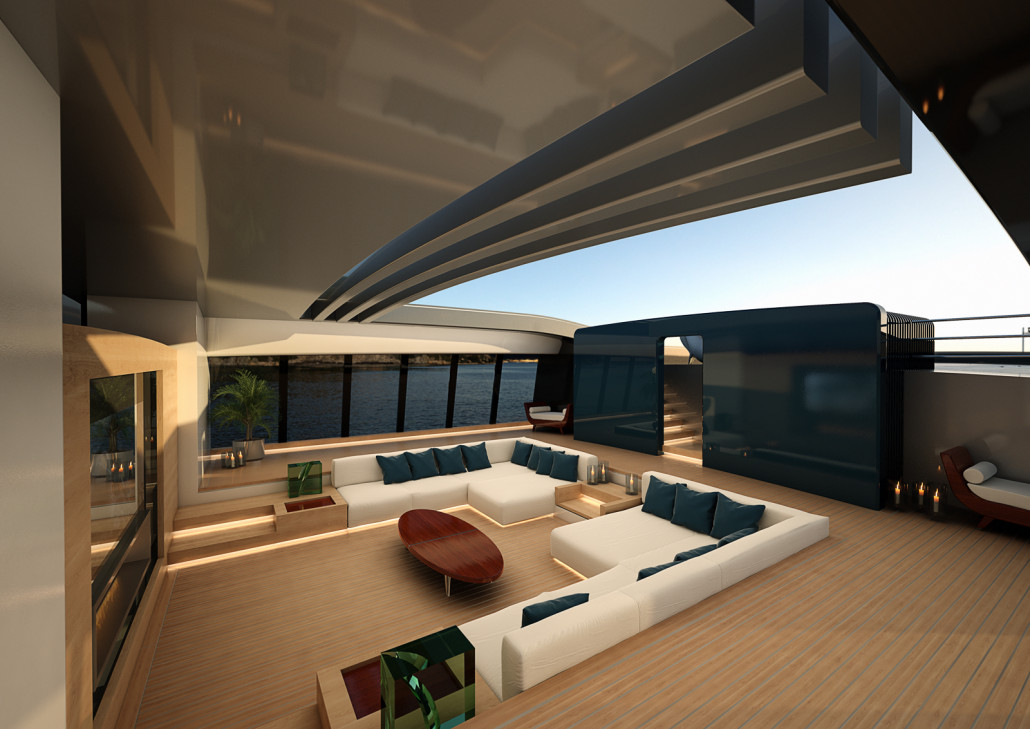 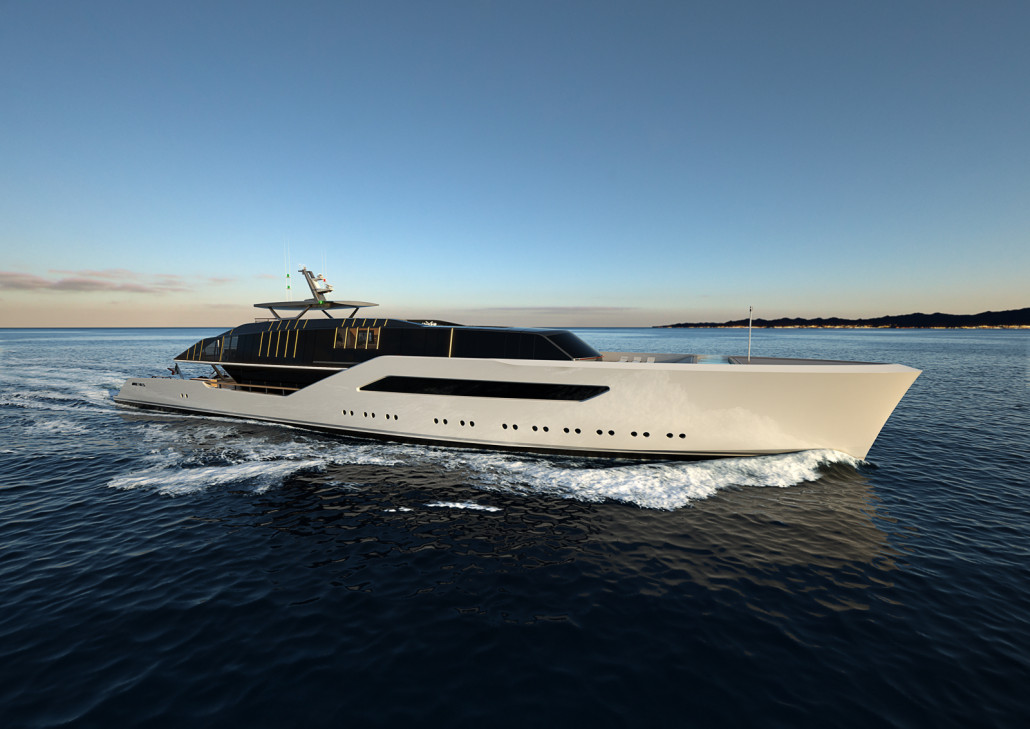 Inside the Pentagramma Concept with Luca Vallebona

Luca Vallebona, the designer behind the highly-acclaimed Mondomarine superyacht Serenity, walks us through the Pentagramma concept; an 82-metre exercise in statement style and extraordinary space.

The design ethos that brought Pentagramma to the market was the concept of using a low GT, simple lines and an innovative reconstruction of ‘status quo’ spaces. Mixing up the traditional approach, this 2000 GT superyacht design is low on the water and designed to emphasise the connection of guest and nature.

"I wanted to be very simple, and create a hull with a glassed volume on top of it, avoiding terraces, repeating elements and fashion lines," explains Luca Vallebona. "The hull has a calm bow (not too slanted nor too vertical) a very simple and classic window in the full beam area, in some way, i wanted to leave the designer in a corner and let the spaces and volumes to lead the project."

A distinctive design in and of itself, the language used by Vallebona has created a departure from the norm in terms of superstructure styling, which constantly changes on approach to the boat thanks to composite method behind the name ‘Pentagramma’. Playing on the structural grid of different modular glass panels and vertical backlit brass inserts, the superstructure changes from simple (seen from coast) to intricate and detailed (the tender approach).

With a dark futuristic superstructure sat astride a white hull, the colour is the only remaining traditional element after Vallebona introduced an asymmetrical layout which drops to the bath platform and exposing the beach area.

The  deck symmetry, going ideally from outboard to the centerline, dissolves spontaneously to creating “cavea” (i.e. a hidden area with pool and sun pad) with direct connection to the guest cabins on the lower deck through the beach area.

"Pentagramma is not a new style project, but something more complex. There's a beautiful GA and special longitudinal and transversal sections. I can ensure you will never be bored once aboard!

There's more than "something" hidden behind the lines and the glassed dark shape. I wasn't and I am not interest in a style race where all the GA are very similar and what change are only lines and still lines, but without nothing really new regarding spaces, volumes and flows. I'm trying to step where few go and this approach gave me the chances to evolve and have fun in what I'm doing. Design is not an exact science and I think all the actors in the yachting field can do something more than what we see usually."

Pentagramma creates not only a visual connection with the surroundings but also a new standard, by increasing the connections among the decks and the closed and open areas, the separation between exterior and interior has been taken to new heights on board this remarkable concept.

The Owner can land a helicopter on the sundeck above the bridge and immediately enter a notable design element known as ‘the door’; which is a architectural wall that hides two stairs connecting helipad with the heart of the yacht. Here, a cosy al fresco lounge and cinema aft are located with branches to the on board gym and sauna area.

Inside, the interior benefits from a 3-metre high ceiling, dedicated Owner’s apartment, art gallery, spa, hammam and beyond; all connected through a series of corridors to replicate the feeling of a European townhouse. This notable design is on the market with Luca Vallebona, a designer with talent and a view of shaking the established way of things, marking the start of his mission with the brand-new 82-metre Pentagramma.