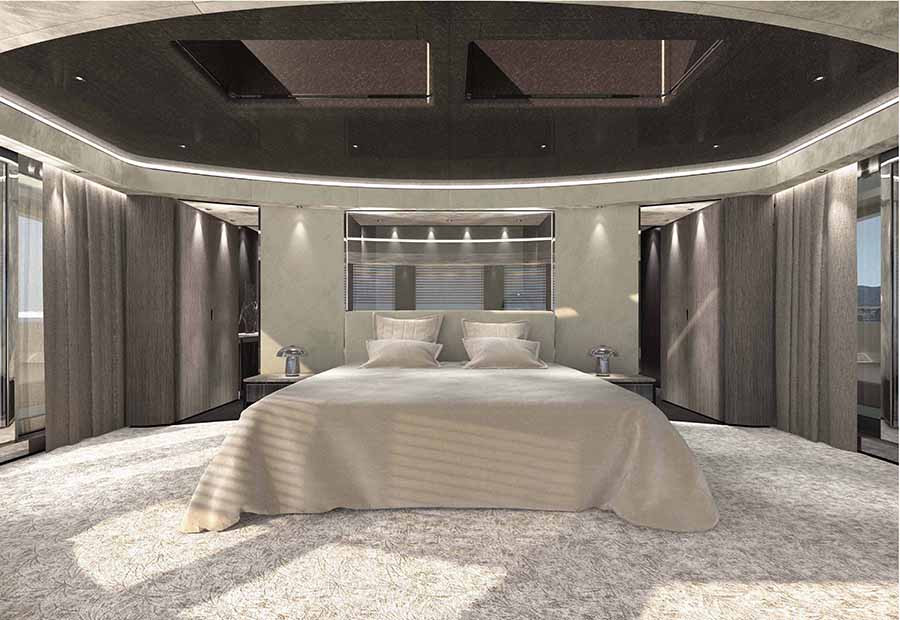 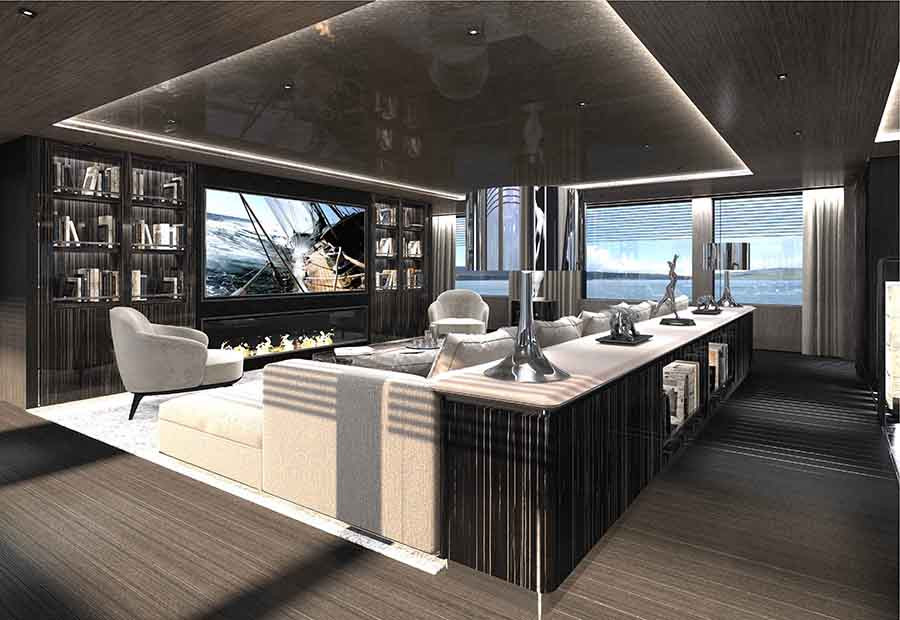 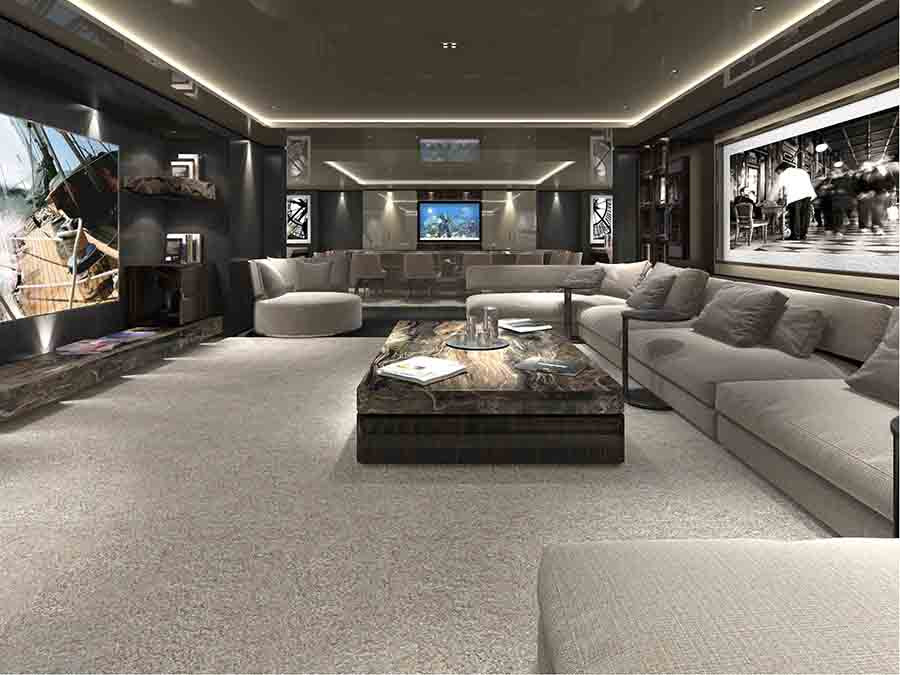 Tankoa M/Y Solo possesses one of the most unique interiors on the water - a particular blend of style and comfort that has earned the Magherita Casprini-curated space countless accolades.

Solo radiates a brooding sophistication achieved through low-lighting and monochrome palettes. It is not an interior that tries to be all things to all people, but rather a space for the discerning taste level.

This recess of unrivalled chic, soothing style and unapologetic edge begins in a stunning beach area, offering a plush corner sofa and indented recess hosting a widescreen television. A bar styled with an illuminated marble effect sits perfectly with futuristic chrome stools, whilst a mirrored ceiling panel adds an almost dizzying dimension to the room.

Exiting through one of the huge glass doors that geometrically compartmentalises the space, an enticing path to the upper deck saloon is laid by a veined marble staircase manned by a female nude statue.

Ascending to the upper deck saloon, one encounters more muted tones, moody lighting and earthy fabrics, punctuated by glints of chrome. Vast sofas, rows of backlit books and a gargantuan home-cinema designates this as the ultimate spot for relaxation. Another bar area, served by the luxury quirk of a baby grand piano, constitutes a realm for sophisticated socialising.

The main saloon replicates this set up, offering a wall flanked by sofas gathered about a vast coffee table. Decorative lamps and artworks, a mini aquarium and bespoke curiosities add complexity to the space, whose main function is to house an understated glass dining table.

The owner’s cabin is at first notable for its size, which is in turn emphasized by its minimalism. A plush island set adrift in a sea of cream, the huge bed takes centre stage. The space is relatively unadorned, with furnishings calculatedly kept to a minimum. Instead, floor-to-ceiling windows spanning an entire wall and two skylights allow an expanse of glorious nature to pour in. Only some curved sofas, metallic coffee tables and yet another home cinema intervene on this understated haven.

The VIP cabin, although smaller in size, is perhaps a more singular feat of design. A handsome space of dark textures and subtle light streams, this L-shaped space consists of floor-to-ceiling artworks and a cavernous bed with overhanging lighting feature.

Magherita Casprini’s vision for Solo’s interior has culminated in a bold, beautiful space that pulsates with irresistible chic. It is easy to see why the Tankoa build has been met with such acclaim.