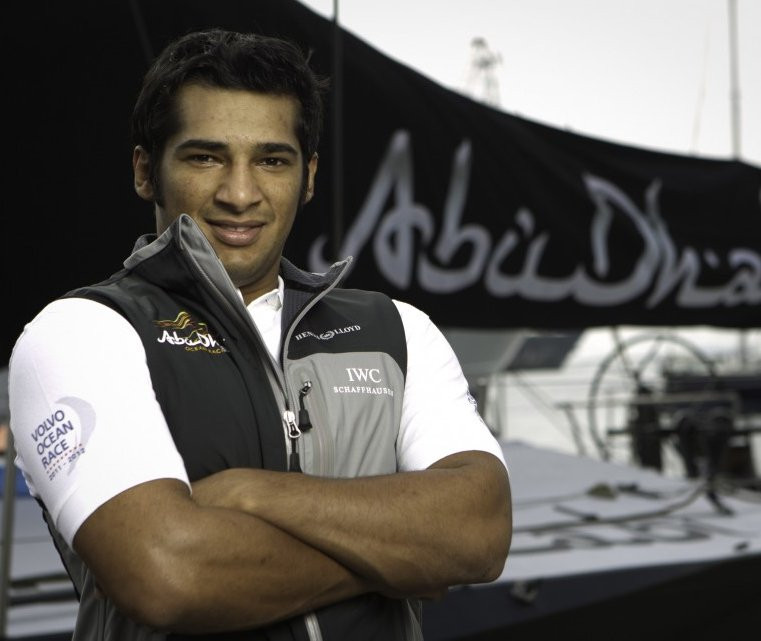 Twenty-two year old Emirati Adil Khalid etched his name into the history books today when he became the first ever Gulf national to compete in the high-octane sailing event the Volvo Ocean Race.

Khalid was part of the 11-man crew that comprehensively beat its competitors in the opening in-port race of the 9 month event, setting them up nicely for the challenges ahead.

Since beating off more than 120 hopefuls for his spot on the team in January, Khalid has been training daily to prepare for a race that spans five continents and some of the world’s most challenging oceans.

Ahead of today’s race, Superyachts.com caught up with the Dubai-born sailor to discuss his journey so far, his hopes for the future, and his expectations for the event.

Can you tell us a little about your background and how you came to be selected for the Abu Dhabi Ocean Racing team?

"I started in 2000 in Dubai with my family and my cousin and from there I started to get serious. I went sailing around the world, I won UAE championship and the Gulf championships and after that I took part in the Olympics 2008. In 2010 I went to the Asian games, before applying to be on the Abu Dhabi Ocean Racing team. I was chosen from 120 people. It’s great to be representing the UAE in every stopover around the world."

Everyone wants to talk to you about being the first ever Emirati to compete in the Volvo Ocean Race,.but you also took part in one of the most important Olympic games ever [in Beijing in 2008]. What did that mean to you?

"It’s a great feeling. Everyone dreams of carrying the flag around the world and representing their country, and I hope I will be able to do that again at nine stopovers around the world during the Volvo Ocean Race.

What kind of response are you expecting from the fans in Abu Dhabi when you arrive in January for the third leg of the Race?

"I just want everyone to be there and to see I’m doing it, so they can start to believe that they can also do it in the future. We need the families to support the kids who love sailing or any kind of sports, and to help keep going. I hope I can help them too."

And what are your thoughts ahead of tomorrow’s big kick-off?

"The in-port race can be the toughest part of the race because it is so short and intense. It is nothing like being offshore for weeks; just one mistake can ruin everything, especially if you start badly.

"We have an amazing team and we’ve been practising hard We will be nervous as this is the first official event of the Race and no one wants to make any mistakes."

You’ve also said that your ambition is to captain an all-Emirati sailing team – how realistic is that?

"It’s my dream, it’s my goal and one day I hope we will have a whole team of UAE nationals sailing around the world and carrying the flag. It’s a great feeling to be there – they will be proud of us and of themselves."