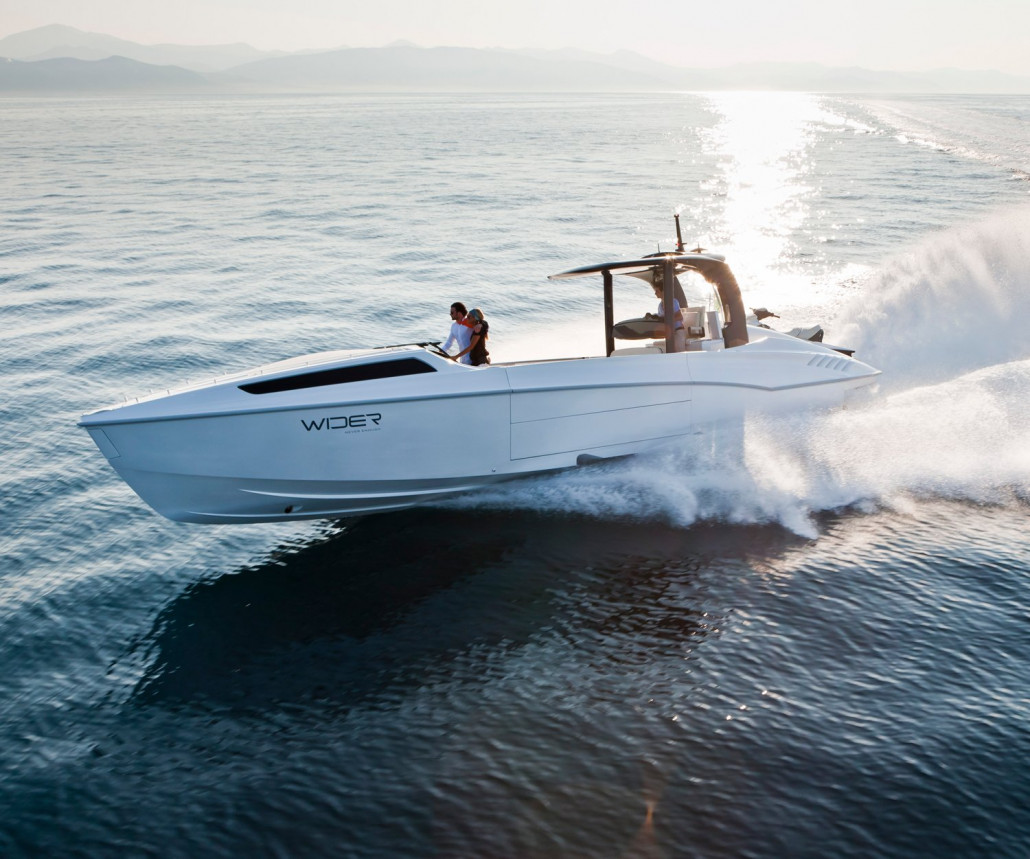 Interview With Tilli Antonelli At The Singapore Yacht Show

While Wider Yachts made its first appearance at the Singapore Yacht Show this year, America is still the key market for founder Tilli Antonelli. Speaking at the Singapore show last week the entrepreneur and yachting visionary wants to raise Wider’s profile among Asia’s growing boat-buying classes.

“The market in Asia is very important but the U.S is still the most profitable market in the world," explains Tilli, "and if you have a brand in the U.S you can conquer the world.”

Boat builders, both Western and Asian, are keen to tap into China’s growing army of millionaires and billionaires but Wider feels developed markets like North America should be the main focus, for now.

“The U.S is the world trendsetter. What works there is likely to work in other regions. If you can succeed there it means you are a serious company.”

Wider Yachts was formed in April 2010 after Mr Antonelli split from Pershing, part of the Ferretti Group which has since fallen into Chinese hands. Only time will tell the motivation behind China’s Shandong Heavy Industry’s decision to snap up the world’s biggest yacht builder.

Like most yacht companies at the Singapore Yacht Show, Wider can’t afford to ignore China’s growing presence as a boat-buying nation and is here to show its face.

“I feel China need another 10 years to grow the market. Its rapid wealth creation started back in 2000 but people still prefer luxury cars, planes and houses to yachts.”

In Asia, Tilli still sees potential in developed markets such as Hong Kong, Singapore and Malaysia. “These countries already have a yachting culture. They know what they want and also upgrade their boats. But in China there is no such culture and yachts are more for entertaining on than anything else.”

But Wider still needs to be present in Asia to raise its profile in the region, especially as it is a new company with no track record. Also with a Malaysian billionaire taking a 50 per cent stake in Wider, it faces pressure to boost its Asian sales.

Last December, Sri Lim Kok Thay, Malaysia’s 16th richest man bought out half of Wider. With Tilli at the helm, the man who founded Pershing 30 years ago before selling it to Ferretti in the 1990s, Wider could very well be a yacht builder to keep an eye on.

He added: “When I set up Wider I knew I didn’t want to reply with another Pershing concept but to find something a little different but still fitting the needs of the market. Innovation and exclusivity are still valued even in a time of crisis.”

But for Tilli, and his many decades of experience in the industry, no such crisis is on the horizon.