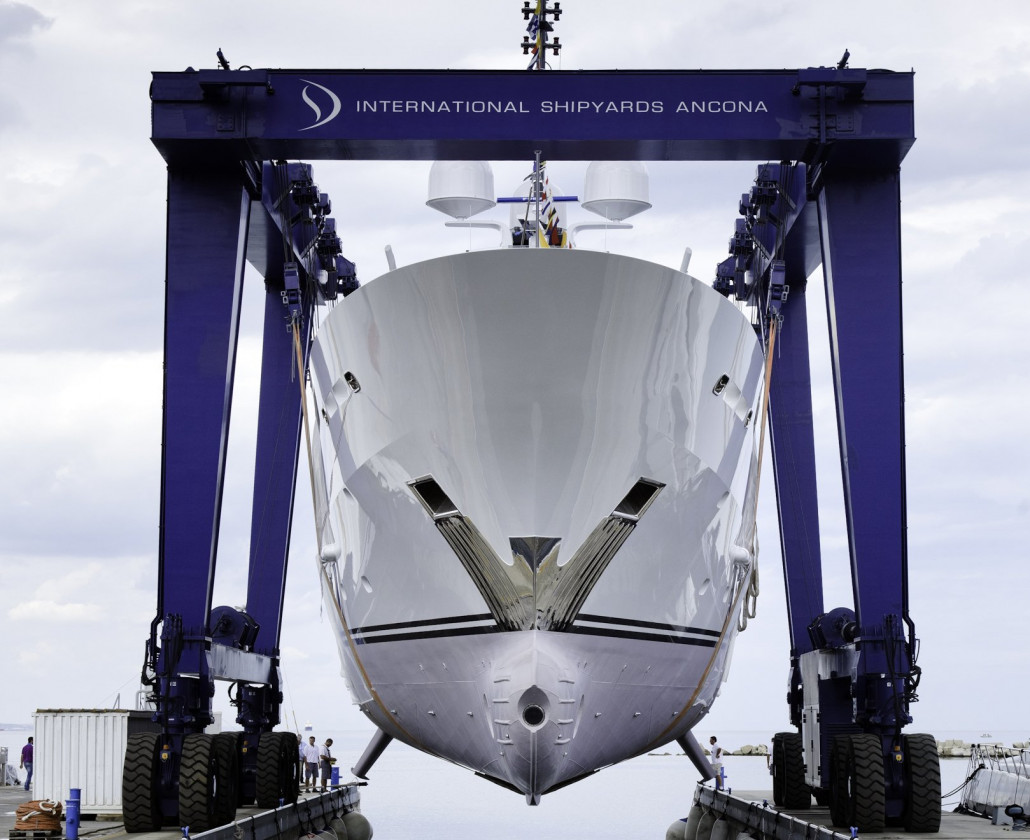 ISA has proudly announced the successful launch of M/Y Papi Du Papi; the second of three 50m superyachts currently under construction at the yard’s facilities in Ancona, Italy.

On Saturday 23rd of July, International Shipyards Ancona launched the 50m Papi Du Papi, the second in a series of three. The three yachts in the 50m series, which are currently under construction at the site, share the same technical platform but differ in their superstructure and transom design.

This tri-deck motor yacht features a steel hull and aluminium superstructure which combine to shape her dynamic, streamlined exterior design. Papi Du Papi is a modern, sporty yacht which features elements of the previous 47 metre series, enriched by a versatile beach area which can be accessed from the swim platform by two wide curved glass doors.

The interior design of this project is signed by Francesco Paszkowski in his first project with ISA.

Papi Du Papi is scheduled for delivery in September 2011 and will be officially presented at the coming edition of the Monaco Yacht Show.