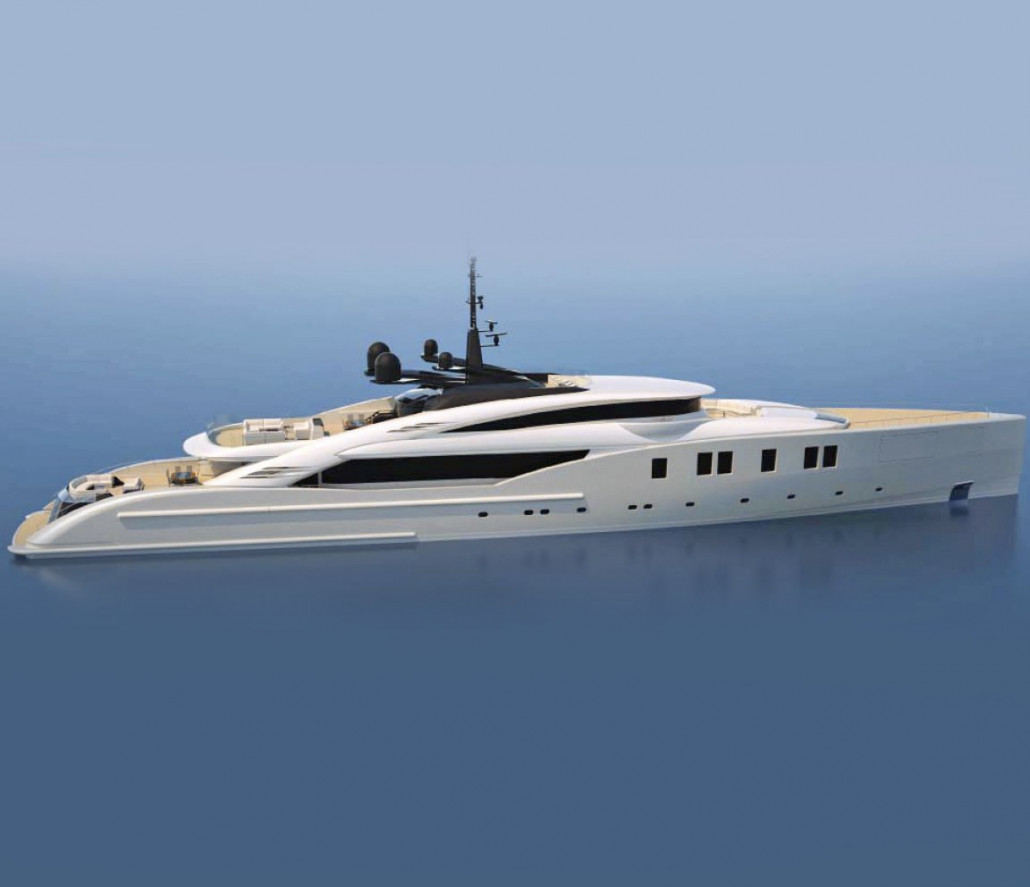 Between mid-2011 and early 2012, ISA weathered the recession by selling three brand-new yacht models. ISA has now announced that the construction of these three projects is continuing according to plan. Marcello Maggi, President of Sales and Marketing, took the time to discuss two of the projects due for delivery in 2013/14 with Superyachts.com.

“We put our pen to the drawing board over the crisis period to see if we could create a project which could be successful”, starts Marcello. “We started from the concept that there are some designs that overfill what you need from a yacht. The overall beauty of the boat over the years has been lost to interior space; Granturismo is a concept that allows space for people who love the sea and those who like to be outside … we wanted to offer an alternative which is romantic.”

“The Granturismo series has a 40m, 50m and 60m and we’re lucky that people understand the concept as we received two orders, one for a 43m and another for a 66m,” continues Marcello. “After we played with the proposal and worked with the clients, these are the lengths we settled on.”

The 66m Granturismo
Designed by Andrea Vallicelli, the 66m Granturismo holds 5 cabins plus the master and can accommodate 12 guests. Developed from the 65m GT platform, this full displacement custom yacht is the first model of the newly launched GT range.

“The 66m is a tribute to elegance,” notes Marcello Maggi. “It has very big volume inside and an 11m beam which allows for an extremely comfortable cabin space on the lower deck. We only have 3 cabins for guests but can have four to accommodate an overall 12 guests.”

With four decks, this vessel holds an aluminium superstructure and steel hull which architectural structure is based on a strong contrast between the harmonious and curvaceous lines of the decks and the rigorous and diamond-like geometry of the transom and of the sundeck. The 66m Granturismo will be ready for delivery in the early summer 2014.

The 41m Classic
Developed from the 39m platform is a three-deck displacement motor yacht which caught the owner’s attention for her modern and clever use of the space. ISA is a yard that sticks by its pledge to provide owners with large innovative yachts that express personality and luxury.

“We didn’t want to cut out any one in the market,” says Marcello. “There are a lot of people that move to the same size of boat … there are many people that don’t need a bigger boat. This is a real little ship. If you want to cross the Atlantic you can do that in total safety.”

“So the 41 Classic is a boat which offers a lot of volume, full beam upper deck and a formal saloon on the main deck with dining which is a super-classic layout. We do the GT but we also do the classic style, but also we do the sports style – so we have three lines but each one responds to a different user, each design fits the purpose.”

The 41m Classic, due for delivery in 2013, holds one master and four guest cabins to accommodate ten guests alongside being powered by two CAT c18 to reach a max speed of 14 knots.