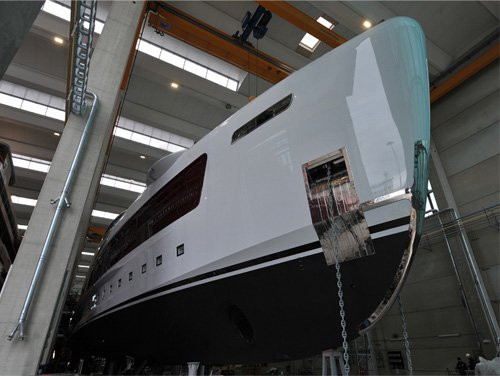 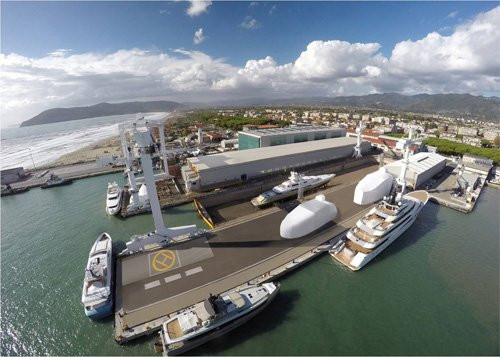 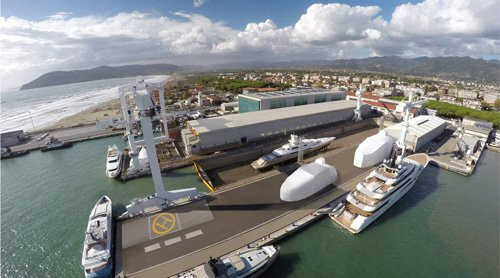 The Italian Sea Group has unveiled the launches for the year after announcing a busy first quarter this week. This news also follows reports of increased refit division activity, new headquarters in the United States and intriguing new projects.

Three of four yachts are reportedly set to emerge from the Italian Sea Group yard this year, alongside a further six currently in construction ranging from 40 to 75 metres.

The first of the 2016 yacht launches from the yard is scheduled for 24th March - the first E Motion 55m hybrid propulsion yacht called “Quinta Essentia”. This yacht features an exterior design which enhances the brand’s elegance and it also revisits Admiral’s classical style with a new look.

The result is an extremely efficient yacht, with low fuel consumption, low noise levels and vibration under way, all of these aspects were taken into account from the earliest stages of the project.

Immediately after the launch of Quinta Essentia, a 50m Admiral yacht in the C-Force series with a displacement has already been scheduled. The yacht, while remaining under 500 gross tons (499 GRT), provides volumes which are rarely offered on board these kind of vessels.

Confirming Impero series’ great success, the launch of the Admiral Impero 38 meter RPH will follow soon after, as the third hull to be launched by the shipyard. The last launch has been scheduled in September and it is a new custom build 39 meter aluminum superyacht with a semi-displacement hull, featuring two stern pods for propulsion.

Both the E Motion 55 Hybrid “Quinta Essentia” and C-Force 50, will make a good show of themselves at the next Monaco Yacht Show in September 2016. The Impero 38 meter RPH will be on display at the Cannes Yachting Festival, a few days before the Monaco show.

Furthermore, the Group’s Refit Division, “NCA Refit”, is boosting a blistering increase of its activities since last June, with several completed projects, including Quattroelle (the 88m Lürssen) and Smeralda (the 77m Silver Fast), as well as other projects.

Francesco Carbone, President of The Italian Sea Group Americas, from the new American office in Fort Lauderdale, Florida, is also in full swing targeting both the North and South Americas markets.