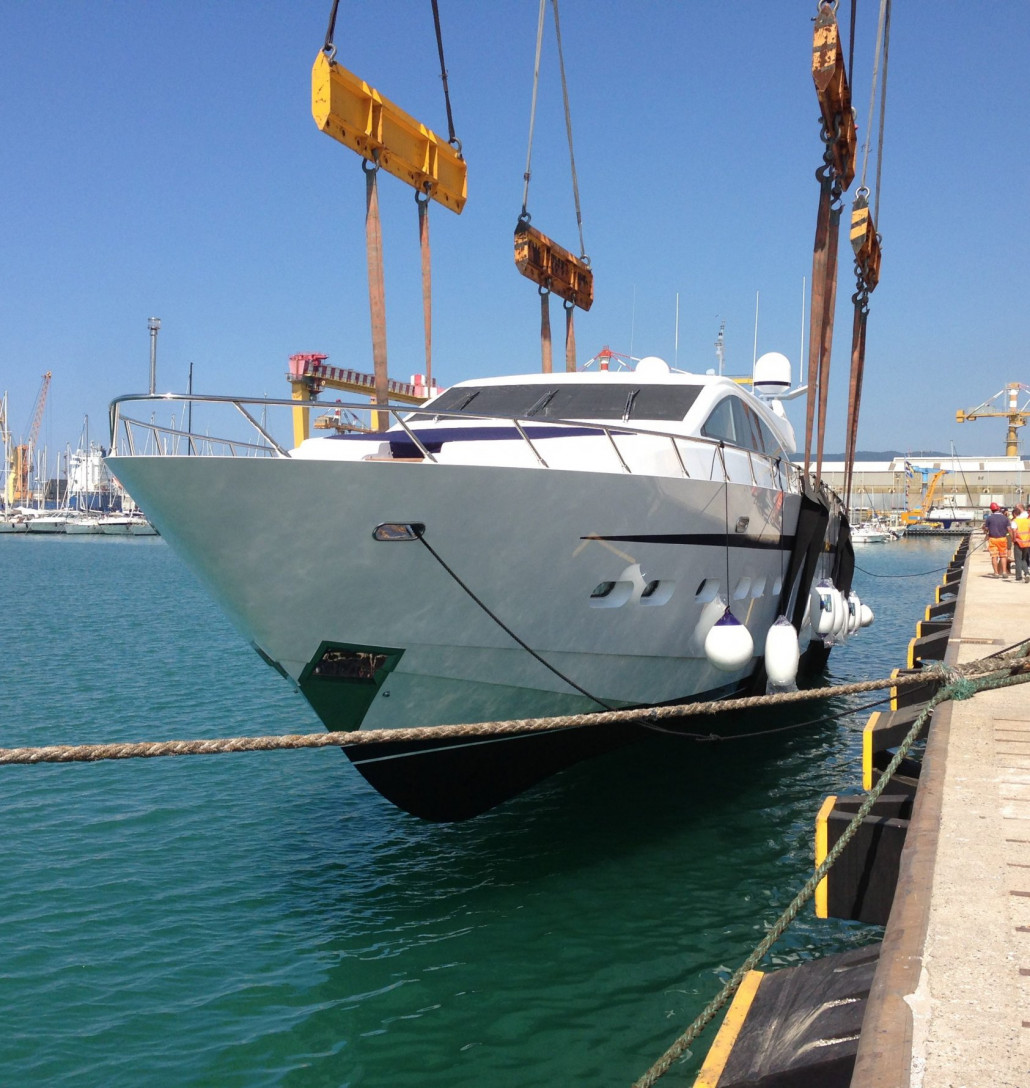 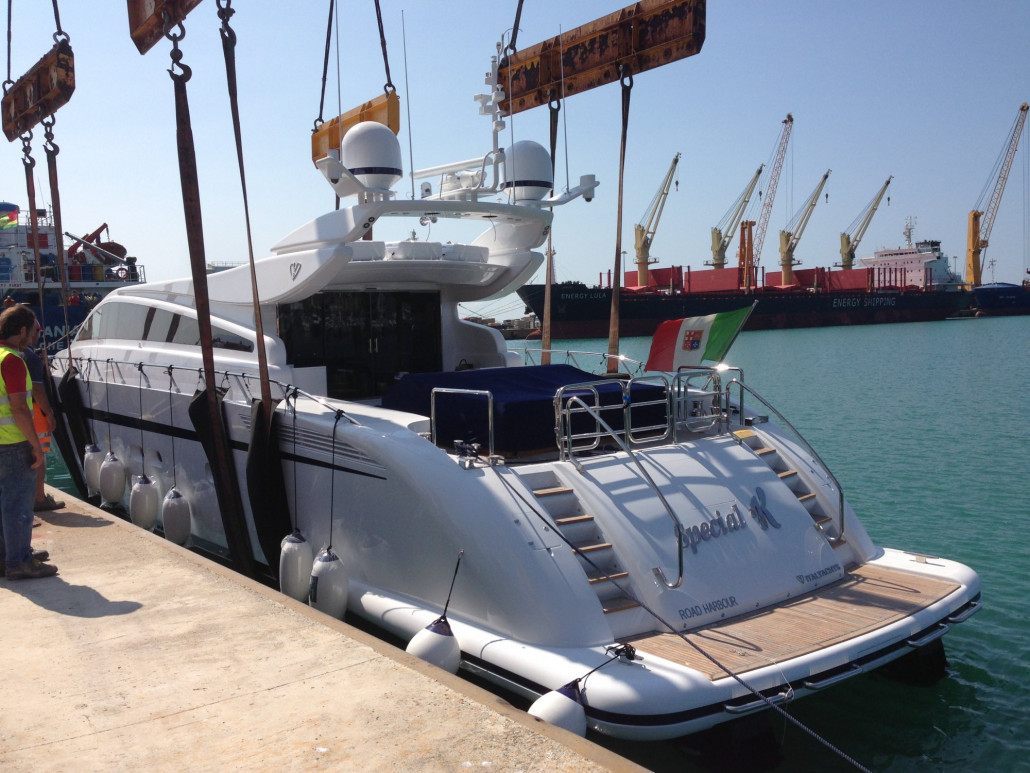 Whyko has launched the all-new motor yacht Azul for an American Owner – a semi-custom 31m luxury yacht that can achieve over 40 knots; ideal as a commuter yacht and destined for use in Southern Florida.

Custom built by Italyachts of Carrara – part of Rodriguez Group – the Azul 31 has a hull based on a classic Leopard with full custom interiors.

The Azul 31 is a luxury motor yacht with a hardtop superstructure, while her sleek lines emphasize her sporty exterior. Both the project and construction are founded in the consolidated and renowned Viareggio tradition of yacht building, and offer an extremely comfortable solid and reliable yacht. Life aboard is equally comfortable, either above decks or below, and all is custom made.

With the design of the main-deck salon, the Owner created an extremely ample living area to accommodate his numerous family members with the stern couch to talk on, and watch the 55” TV. The dining room is forward, behind the pilot house, and furnished with a central table and eight chairs. Above decks, the cockpit offers an enormous sunbathing area and couch with extensive free space surrounding it.

Below decks, the Owner chose a four cabin layout, three queen size and one double, each with their own private bathroom. The Owner's stateroom is amidships and runs from one side of the yacht to the other, with a lounge couch to port and a writing table and dresser to starboard.

After delivery at the end of July 2013, the yacht will leave Golf-Juan on the Costa Azzurra for Miami and the Bahamas where the Owner's family usually resides. And seeing that Miami is the home of high speed yachting, it's no coincidence that this 31 meter has a cruising speed of about 36 knots, with a maximum speed of 40 knots; all thanks to her three MTU motors developing 1,800 horsepower through a Kamewa water-jet and central turbine.

“I found a team that rose to the occasion”, said the Owner of the Azul 31, “so I very much want to thank the team at Italyacht: the yard's Owner, Riccardo Bemi, the yard's manager Andrea Todde, Dino Abbruzzese from the Rodriguez Group, the yacht's captain and construction supervisor Piero Ragazzi. And special thanks also go to Marco Fiorani, who not only followed the construction as if it were his own yacht, but without him we couldn't have made our dream come true.”