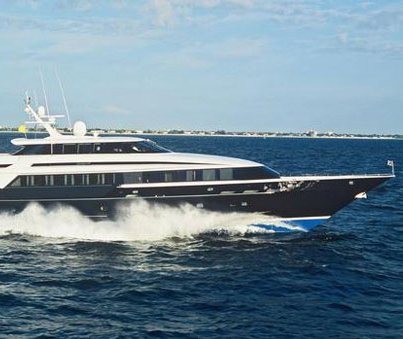 Custom built by Heesen in 1988, the widely renowned 43.5m superyacht Octopussy has now been sold by IYC with the help of Worth Avenue Yachts.

Octopussy was designed by Gerhard Gilgenast and Mulder Design to resemble a classic sense of sophistication on the water, so it is not too hard to see why she lends her name from the James Bond canon.

This magnificent motor yacht was initially launched with characteristic expert Heesen engineering, but also benefitted from two extensive refit projects in 2002 and 2008.

Recently formed by former IYC brokers, Worth Avenue Yachts already appear to be proving it’s mettle in the Superyacht Industry after representing the buyer during the sale of this incredible yacht.

Octopussy was originally listed with International Yacht Collection for an asking price of $5,900,000.