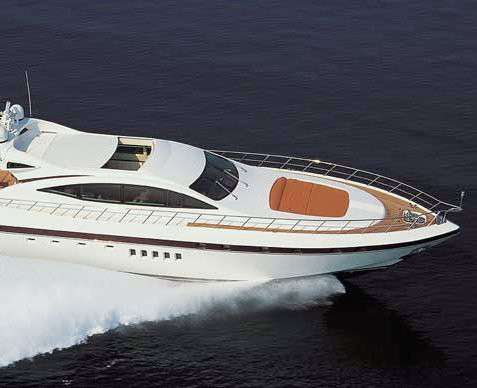 IYC is pleased to announce that Kevin Bonnie (IYC-Monaco) has sold both the 120’ Palmer Johnson, Anna J, and the 92’ Mangusta, Bear Market. Bonnie was both buying and selling agent for Bear Market and the successful selling negotiator for Anna J (Edmiston represented the buyer).

Anna J
A raised pilothouse superyacht—runs fast on a seaworthy Ray Hunt hull, the basis of the popular Palmer Johnson express, designed by Nuvolari & Lenard. In fact, at the time of her build, Anna J was the original yacht in the series and notably built for Palmer Johnson’s owner at the time. No expense was spared during her construction on equipment, design and installation.

Her V-shaped hull gives her a great cruise speed of 26 knots with 30 knots maximum. After a complete interior rebuild in 2010 and massive technical refit in 2011 including zero speed stabilizers, by all accounts, Anna J is virtually a new yacht.

Bear Market
With new exterior soft furnishings and new sun beds on her roof in 2011 and a refit in 2009, Bear Market is a great example of a maintaining a yacht well and keeping her equipped with the most modern technologies. She features 3G Wi-Fi throughout, has all new HD LED/LCD TVs, iPod docking stations in her salon, master and VIP cabins as well as Blu-ray players.

The salon offers a comfortable area both for lounging and dining. There is ample seating with a sofa to port and interior dining for eight guests to starboard. There is also a wet bar with a fridge and an icemaker starboard. She sleeps nine in four cabins including a master stateroom, VIP stateroom, a double and a twin cabin with a Pullman bed, all ensuite. Bear Market features ample sunbathing with a sun pad on the aft deck, forward and on the roof. Her aft sun pad can be turned into an exterior dining area for eight guests.