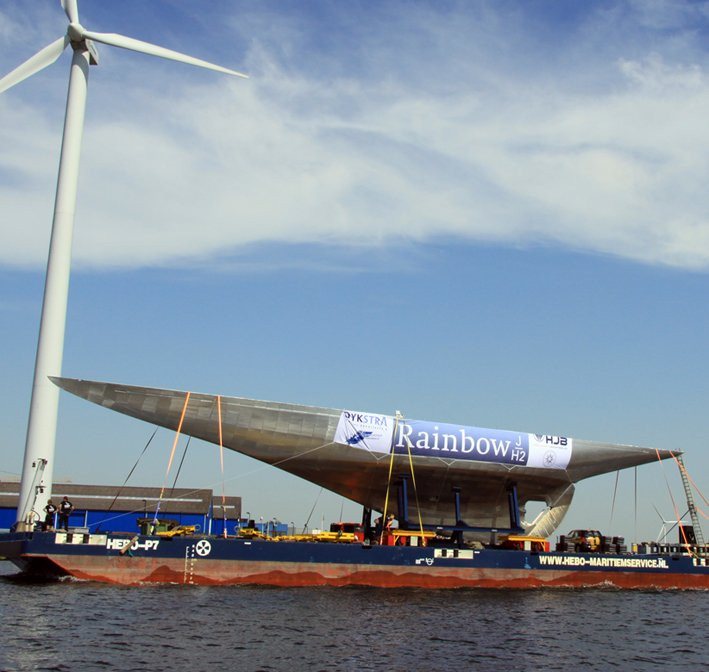 The 40m J-Class yacht Rainbow was transported to Dutch shipyard Holland Jachtbouw, in Zandaam for the final stages in her construction.

Rainbow JH2 was transported by Zwartsluis based HEBO across the Ijsselmeer and through Amsterdam. The 40m yacht, designed by Dykstra & Partners, is now a on a cradle inside Holland Jachtbouw where she will be finished.

In early 2012 Rainbow will be launched and rigged, with immediate test sailing and crew training to take place off Ijmuiden.

At the J class event at Falmouth and Cowes in June 2012, Rainbow JH2 will be able to compete against her sister ships for the first time. Not only will she be competing in some exciting events, but during the 2012 Olympic Games in England, Rainbow will be available for day charters.