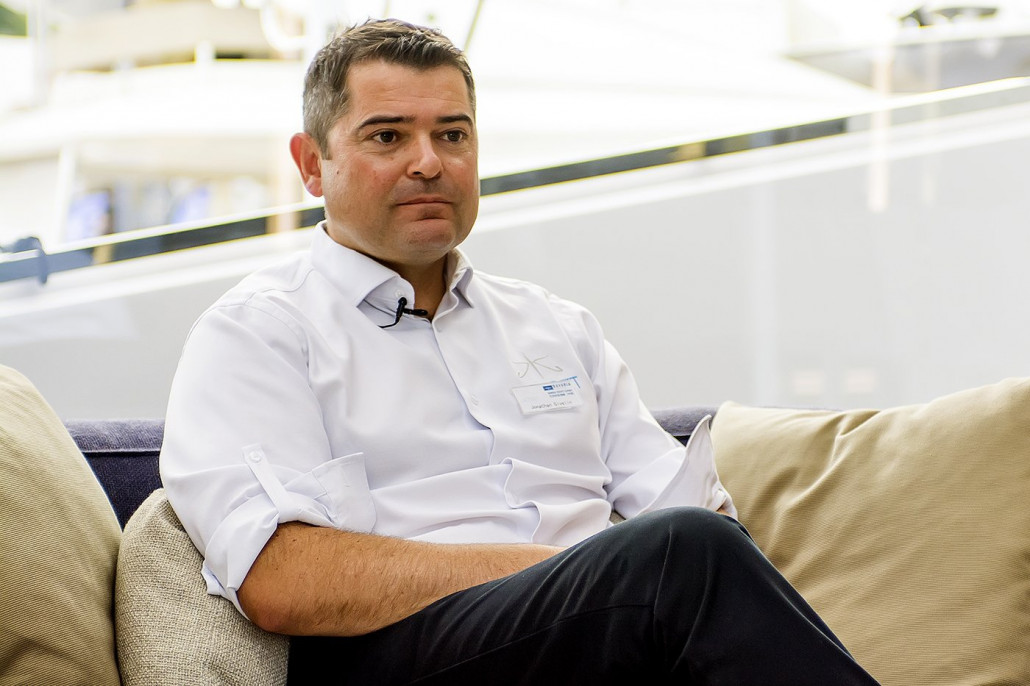 Jetset Marine On Creating An Ideal Yacht for China

Among the biggest coups for the 2015 China Rendez-Vous was the presence of Jetset Marine, a leading expert in luxury boat sales in China and across South East Asia

The company arrived at the Hainan event to showcase its top three brands – Arcadia, Bavaria and Bennington – all of which are responsible for creating highly distinct but universally respected vessels.

The former, an Italian shipyard with a strong emphasis on eco-friendly yacht technology, was represented at the show by the Acadia A-85, whose spacious features were on display in front of a captive audience of Chinese yacht enthusiasts.

We caught up with Jonathan Givelin, Chairman of Jet Set Marine, to hear why the yacht is the perfect fit for China and how he expects the Chinese market to evolve over the coming years.

“Why we think Arcadia is potentially going to be very successful here is because of the styling, which is unique, we like to think it’s cool, it’s quite crisp,” he began, “and that’s going to appeal to a lot of younger people who have money and might be interested.

“But also the space on-board is ideal for hosting day parties. People do not stay on board overnight, they just want it for business purposes, for parties and for friends – and Arcadia’s definitely very suitable for that.”

Speaking specifically about market conditions in China he continued: “Originally the Chinese yachting market was very much top down in terms of superyachts and not so many entry level. But now it’s definitely changing. There’s a number of reasons for that, particularly because of the economic slowdown in China which I think everyone is aware of. There’s a bit clampdown on corruption as well and that’s also had a big impact on the superyacht market.

“At this show, some of the bigger yachts that would have been displayed in previous years are not here, and I think the dynamic of the market is definitely changing and that’s probably good long term for the industry here.”

“Yachting is extremely elitist in China because of the costs of berthing, because of the import taxes, etc, and that needs to change as well, to get more families and more middle-high income earners to participate. I think that’s a significant change that’s happening.

“We’re seeing now with some private marinas, they’re dropping their rates, they’re making berthing cheaper, and all that is going be good in the long term.”

You can watch the full video interview with Jonathan Givelin above this article.