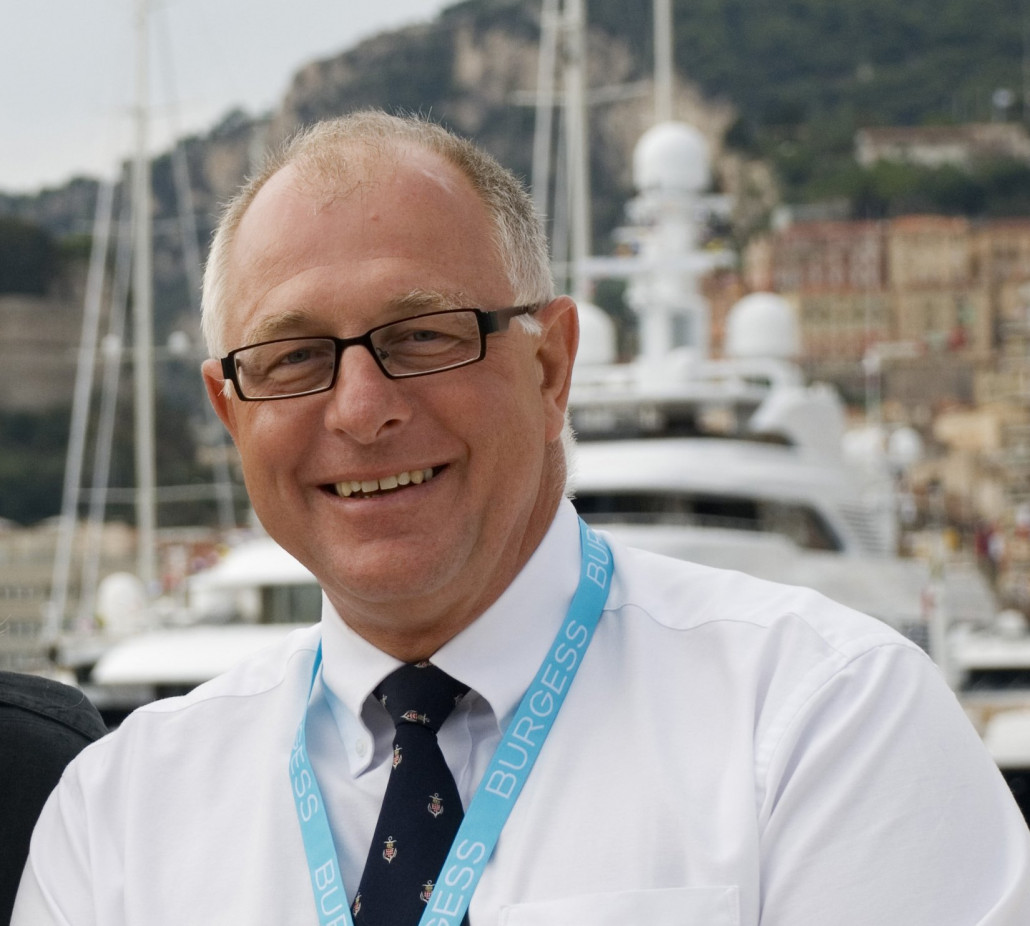 Jonathan Beckett on Burgess & the key to their success

Jonathan Beckett is the CEO of Burgess, the widely respected brokerage house who emerged from last year with strong financial results despite the economic downturn. We interviewed him to find out the secret of their success, his views on the industry and his predictions for the future.

Burgess currently has over 100 employees across nine offices world-wide. They were the firm behind the sale of the world’s most iconic sailing yacht, The Maltese Falcon, alongside professionally maintaining their vast range of superyachts which span from the ultra-modern Blink to the classically designed Nero.

Burgess is full service superyacht company that specialises in all areas of the industry from brokerage and charter to new build and management of yachts over 40 metres across the world.

Chief Executive Jonathan Beckett is a man of experience, having worked for a long time to get to where he is today. He has made it to a position where he is well respected and widely recognised throughout the industry.

From first impression Jonathan Beckett is a very friendly, personable and enthusiastic person and evidently loves his job.

Jonathan Beckett began his long and fruitful career in the industry over 30 years ago as a commission only broker in Athens and had previously met Nigel Burgess, who was not in a position to hire him at the time.

However, Nigel Burgess was eventually able to bring a promising Jonathan Beckett on board. He was eventually offered a job in 1981 and was the third person to enter the firm alongside Catherine Chapelier.

He worked with Nigel Burgess for 20 years until the untimely death of his mentor during the Vendee Globe Single-Handed Race, who was well respected at the time of his passing in 1992.

Jonathan Beckett then purchased the company, keeping his mentor's name and the pedigree that was built around it, alongside giving the Burgess family a small stake holding in the business.

Beckett has turned Burgess into a global image of success by using the work ethics he followed as a successful broker in order to lead his highly skilled and valued team.

We sat down with Jonathan Beckett aboard the luxurious Alysia at the 2010 Abu Dhabi Yacht Show, where we asked him about the secret of his success.

How has Burgess done so well over the past few years despite the economic climate?
“It was very difficult; part of our success was our structure which is different to most of our competitors. Other firms have independent contractors, who work on a commission only basis, whereas we try and succeed as a team instead of each broker looking out for themselves.

During the crisis many self-employed brokers were putting their foot on the break or taking time off, whereas everyone in the Burgess team is employed and is expected to turn up for work everyday. We all work together; our rewards are pooled centrally with certain bonuses for high achievement. Our work ethic is about getting in front of clients and keeping a close relationship instead of e-mailing them, with us you just pick up the phone and we’ll be there.”

Do you put your success through the years down to having a strong team behind you instead of self employed brokers?
“We’re a very cohesive team and we all understand what we’re supposed to be doing. This is exciting for us, were working hard, its important that people put in the time and all it takes is that extra hour in the day to get ahead ... My brokers are highly professional, fully trained and have a great future. We don’t lock away the talent and it’s not all about bonuses, we give them the tools and the training then it’s down to them.”

What would say is your defining moment or highlight during the recession?
“We haven’t laid any one off; my aim is to keep everyone employed.”

How do you believe brokerage has been affected over the last year?
“Brokerage has been dramatically affected; there was stagnation in the market through the first 6 months which made it difficult to conclude deals ... this year is going to be challenging again, people want more value for money”

How has the Charter side of the industry been faring because of this?
“Charter is just as difficult as in order to book charter you need to be an experienced broker and barter the transaction, everyone is wants a good deal at the moment"

How important do you think the charter side of the industry is at the moment?
“It’s extremely important as it brings in new people, charter will be better than last year; we can see that already, we’re doing substantially better. We’re confident."

What’s the next focal destination for Charter?
“There isn’t a new one, charter in the South Pacific is just too far – usual destinations will do fine. People want sun, warm water, restaurants and scenery. The closer it is the better, Croatia, Monte Negro etc but the Mediterranean is where the business is.”

What do you believe will happen in the future for the Industry?
“People who are well prepared will come out a lot stronger whereas people who are floundering will have another tough year. We bucked the trend last year, we all have different trades but all these yachts exist and they are valuable assets. They need to be maintained, chartered and they will eventually change hands.”

As we’re here, do you believe the Abu Dhabi Yacht Show (ADYS) is a key tool to gaining access to the Gulf region?
“The Arab market has been strong and the Gulf has a relatively new appetite for yachts, not many will come here to cruise but it will be popular for entertaining.”

With the Gulf region opening up to the Superyacht industry, do you believe anywhere else is following suit?
“Sometimes the same spots work out best but China is a market which is going to happen. All the others are still buying but the trick is to pay attention on the core areas but also keep an eye on peripheral opening markets.”

Finally, how have you found the ADYS?
“There aren’t many visitors, but we’re only looking for that one potential client so it’s not a bad thing as that client will be easier to find.”

Burgess has always maintained face to face contact with customers from the very beginning. Shortly after our meeting Jonathan Beckett commented that he was flying to Sydney to meet another superyacht owner, as it is widely known he travels across the world to meet his client’s needs.

Jonathan Beckett is the second longest serving member of Burgess, behind Catherine Chapelier, who worked with Nigel Burgess from the start. Mr. Beckett is clearly proud he has never lost an employee jovially commenting that “This is a business where nobody leaves until they die”. Even through the downturn it’s easy to see how the confidence and enthusiasm of Mr. Beckett is filtered down through the company to his team.

Jonathan Beckett is clearly a confident and inspirational leader whose enthusiasm, drive and positivity has motivated his troops to get great results in a bad year by working harder when others put a hold on their movements.

By working hard through the recession, Burgess and its team have reaped the rewards. Keeping regular face to face contact and operating as a team has made Burgess a top player in the industry over many years and continuing these methods could easily mean another great year for the company.

Jonathan Beckett
By B. Roberts