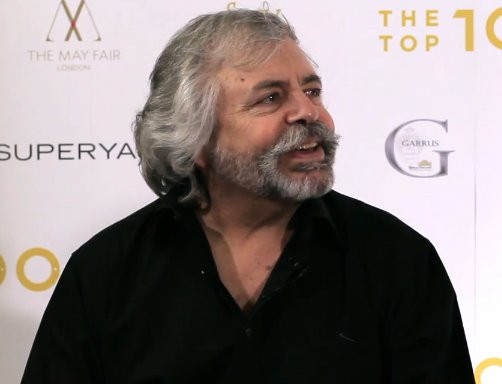 Even when set against the eventful career of yacht designer Ken Frievokh, 2013 was one bursting with excitement. Already the designer of one of the most iconic sailing yachts of all time – Maltese Falcon – he is currently embarking on something that may even surpass it.

We began by asking Mr Frievokh, founder of Ken Frievokh Design, about the year that saw him begin work on the yacht know as Dream Symphony

So can you tell us a little about the Dream Symphony project?

“That’s a 141-metre 4-masted schooner,” he said. “It’s the same team that worked together on Maltese Falcon, which at the time was the largest ever privately owned sailing yacht. But that was only 88-metres so it’s just an indication of how things are changing.”

Speaking of the Maltese Falcon, it still proudly sits in the Top 100 list.

“Yes, but I don’t know for how long!” he said. “It was an iconic project – very, very special, because we were innovating on so many fronts. The actual sail technology, the interior, the approach, the use of glass, other materials, so we were attacking on different fronts, and some of that now is percolating into new projects.”

How would he say large yacht design has changed over the years?

“I think it’s interesting both in the positive and negative in a way,” he said. “In the positive side there’s new and larger projects, use of new materials, new technology, new structures, some of our projects have the sort of structure that is a move forward definitely from just the mast and beam there used to be.

“The customer base is different, which is good and bad. The good thing is there are new customers coming into yachting from mainland China, Russia, the Middle East. The more difficult challenge for us is sometimes we’re dealing with customers who are new to yachting, so the whole experience, and in fact their expectations and their understanding of how they’re going to use the yacht and everything else is still a new thing. And we need to learn to manage that.”

You can watch the full video interview with Ken Frievokh above this article.